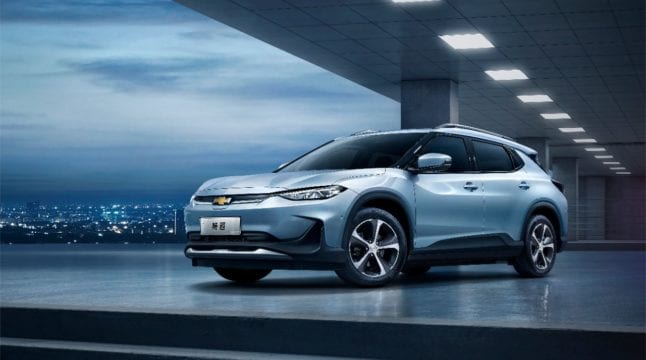 Here’s the Only EV Stock Worth Looking at Right Now

While it may not be as exciting as Tesla, it stands out as a money-making company, already ahead of the competition.

Electric Vehicle (EV) stocks are all the hype right now. But does it make sense for Tesla stock, a luxury EV company, to rise by 600% during a global pandemic with record unemployment numbers? Likewise, Workhorse Group Inc. jumped by 800% without producing material results in the form of mass production of EVs. Can we trust such wishful thinking which suggests the EV boom will never end?

From kindergarten, children are taught to form an eco-friendly mindset: recycle, don’t waste water, use public transportation and car-sharing, don’t waste food. Because of this mindset, the younger generations are always eager to push for eco-friendly policies and products. When it comes to electric vehicles (EVs), this is further spurred by government subsidies and eco-status signaling.

Under the guidance of an accomplished South African (he actually has passports from South Africa, Canada, and the US) entrepreneur Elon Musk, Tesla broke the first psychological barrier – making EVs look like sleek, elegant luxury cars instead of something out of an awkward sci-fi movie, although even they can serve a niche. As a result, Tesla has strengthened not just its stock, but a number of other EV stocks as well.

By breaking this stifling barrier, Tesla has accrued a cult following at the cost of making EVs beyond the reach of most people. With the most generous subsidies of your state/country, you will be hard-pressed to buy the cheapest Tesla car – Model 3 Standard Range Plus – under $38k. Model 3 was supposed to be Tesla’s first affordable car at $35k, which would still be considered a luxury sedan.

The Clash Between Wishful Thinking and EV Reality

This tells us that the EV sector is all about postponing the resolution of hard barriers:

Moreover, even in 2019, consumers buying used cars over new cars achieved a record. Used cars accounted for 62% of prime and 45% of super-prime loans. In 2020, after the government devasted the average buying power as it responded to a virus (0.02% fatality under 50), the used car market broke even that high ceiling. Unfortunately, things are not equal between used EVs and used regular cars.

Given that batteries are their most vital component, it would cost you between $3,000 and $7,000 to replace Model S batteries, representing yet another hard barrier. Solid-state batteries may become a solution with prolonged longevity and twice as much energy density, but this is yet another potential avenue for the future.

Are There Any Grounded EV Stocks?

As you can see, the EV sector is operating within a space in which people want EVs to be affordable, look good, and be eco-friendly, but few, if any, are. On the other hand, EVs are experientially more pleasing; they produce almost no noise and eliminate smog completely. More importantly, EVs assuage the mind steeped in a desire to be conscientious from an early age.

After all, if we had invested in EVs as much as we’ve invested in the oil industry, who is to say that we already wouldn’t be at the stage in which you can have a $15k EV with a 500-mile range? Further pushed by institutional incentives, these are the considerations that are here to stay.

In the meantime, one should avoid EV bubbles. Specifically, Tesla-type bubbles in which an EV company is valued as a tech company. Nikola, Nio, and Workhorse follow similar patterns of over-valuation when you look at their price-to-earnings reports.

There’s one exception to this pattern: General Motors.

Seeing the writing on the wall when it comes to institutional incentives and possible battery revolution, GM made a serious move by setting aside $25 billion for EVs in the next five years. For comparison, Tesla’s R&D budget was $1.34 billion in 2019. Over that five-year period, GM is set to launch 30 EV models, of which ¾ will be exclusive to the US.

As you would expect, the success of this ambitious transition into EVs depends on their core feature – battery type. It seems that GM is confident enough that its Ultium battery tech will do the job, as it has already reduced battery cost by 40% compared to Chevy Bolt.

Moreover, the new generation of cars is not just about not using gasoline, but having the potential to be driverless. Although Tesla scored highly in this area, GM’s Super Cruise auto-pilot system outperformed Tesla in key safety areas. On top of all that, GM is actually a profitable car company instead of floating on the dreams of what-could-be.

Therefore, if you are a fan of EVs, GM stock is worthy of consideration. It may not be as exotic or inferring a high-social status as Tesla, but given GM’s profit trajectory, ask yourself: which EV company stands to gain in the long-run?

What is the realistic price tag that would make you not hesitate to buy an electric car? Let us know in the comments below.