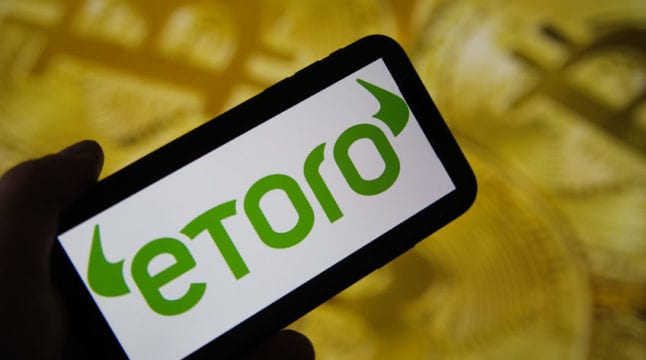 Dogecoin has risen to an all-time-high once again, but its dangers should not be ignored.

Dogecoin is perhaps the most controversial cryptocurrency in the industry. What was meant to be nothing more than a joke coin, a literal meme, has managed to become the fourth largest cryptocurrency by market cap. Most recently, Dogecoin has breached $0.54 at press time – a new all-time-high. With this, it has been listed on high profile trading platforms such as eToro, Webull, and Robinhood.

However, crypto enthusiasts warn that DOGE is not a great investment, lacking any solid fundamentals, roadmap, or robust token economics. Dogecoin shows little promise as a project, with many people fearing that its rise is instigated by media attention and hype, which in turn delegitimizes the crypto industry in the public eye.

On May 3, eToro, a crypto trading platform with growing popularity in the U.S., officially announced they had added Dogecoin. And in turn, Dogecoin responded by jumping to over $0.54. To gain some perspective, this means that the infamous meme coin is ahead of other solid and well-regarded cryptocurrencies such as Polkadot, Litecoin, and Monero. To understand how this is even possible, it helps to examine Dogecoin’s price chart.

Looking at its lifetime chart reveals that for the vast majority of its existence, DOGE has been worth between $0.0001 and $0.003. In fact, it wasn’t until 2021 when it began to see major price increases.

Zooming in on 2021, we can see some extremely significant price movements. Like many other cryptocurrencies, including Ethereum, DOGE saw a significant rise in its value with the 2021 bull run. However, DOGE’s bull run has an additional factor that most other coins do not.

Elon Musk, perhaps one of the most enthusiastic billionaires in the crypto space, has been regularly tweeting in support of Dogecoin from late 2020. Despite his tweets giving very little advice, technical analysis, or educated opinions (with one of his tweets literally being the word “doge” and another being a meme), he is clearly a significant contributor in the meme coin’s price increase.

For better or worse, he has put Dogecoin in the spotlight, and brought it to the attention of many newcomers in the crypto space. Other news has also given Dogecoin media attention, such as the NBA’s Dallas Mavericks accepting it as payment for tickets and merch.

Dogecoin is a Problematic Cryptocurrency

While price increases are usually a celebrated thing in the cryptosphere, DOGE’s recent highs have worried many within the industry. Dogecoin is lacking in any real utility; unlike most altcoins in existence, it does not actually do anything. Dogecoin might be fast, taking around 6 minutes for a transaction, but it is by no means the fastest, with Stellar taking 4-5 seconds, EOS taking 1.5 seconds, and Nano taking 0.14 seconds. When it comes to fees, DOGE is not the cheapest coin either, with the average transaction fee being $1.23 right now. To put it in perspective, Litecoin’s current transaction fees are $0.058.

What’s even more worrying is that there is no catalyst pushing DOGE upwards beyond its media attention and hype. Dogecoin has not changed in any fundamental way within 2021, and even scarier, it is apparently susceptible to the 51% attack, which is now estimated to cost $8 million to perform over the course of one week.

Some also argue that Dogecoin should be avoided because it has an unlimited supply, and while this is an important factor to consider, keep in mind that other credible cryptocurrencies such as Ethereum theoretically have unlimited supplies. What is arguably more important is that Dogecoin has no sufficient deflationary protocol.

Many Dogecoin Fans are Being Deceived

Perhaps the biggest issue Dogecoin and its outspoken supporters have caused is that it has brought many newcomers and novices to the crypto industry who have very little knowledge of the market, and who are ready to throw money at it in the hopes of becoming wealthy. This may work out for many people while the bull run continues, but once the imminent market correction hits, Dogecoin is very likely to crash. Even solid projects in this industry have sharp falls, so imagine how harsh DOGE will fall during a correction (or even worse, a bear market).

When Dogecoin does fall, it will leave a stain on the crypto landscape, effectively delegitimizing the industry in the eyes of the public. It will call into question the safety of the market as people wonder how such an empty project can be valued so highly. Regulations and law men and women can then use this as leverage to bring regulation—and control—into the space. Is that what anybody wants?

For Elon Musk to promote this coin is arguably a demonstration of intellectual dishonesty. What we can’t argue however, is that his promotion is irresponsible.

Do you think Dogecoin is damaging to the industry, or are you unbothered by its recent gains? Let us know in the comments.