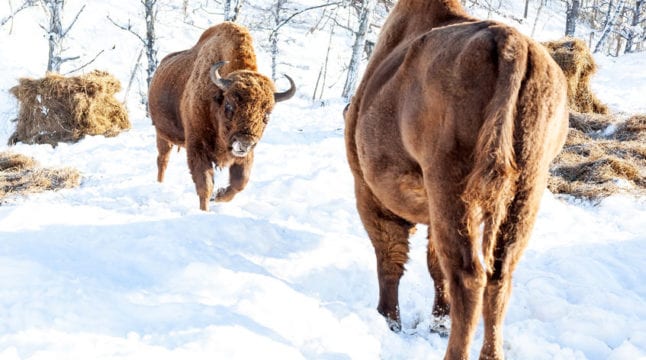 BSC's surge in popularity may merely represent a shelter during the storm while a mansion is being built.

The crypto landscape is undergoing significant changes. Bitcoin elevated the altcoin boats and now their true worth is becoming more apparent. Will BTC and ETH be more equitable in their shares of the crypto market space?

As far back as last September, the Ethereum network was not in a good light. As the DeFi ecosystem began its unstoppable rise during the summer, it entirely depended upon the programmable Ethereum blockchain to ensure network throughput and reasonable transaction fees to maintain the network. The problem was, and still is, Ethereum uses a proof-of-work (PoW) consensus algorithm—just like Bitcoin.

While it is less problematic for Bitcoin—commonly referred to as a form of digital gold—to use PoW as a conservative, more secure, less scalable mechanism of securing its network, it has been devastating for Ethereum.  For all the dApps to find their home on Ethereum, and for users to be happy with fees, its network needs to be an easily upgradable 10-lane highway compared to Bitcoin’s 2-lane one. As Ethereum onboarded more users, last September’s high transaction fees turned out super-cheap compared to subsequent months.

In the meantime, Binance Smart Chain, a fork of Ethereum which is equally capable of hosting smart contracts (dApps), launched as a fully delegated proof-of-stake (PoS) alternative to Ethereum, using validators instead of miners. This makes it vastly more scalable, which in turn results in negligible transaction fees. Suffice to say, there is no incentive greater than the fees differential.

As a result, Binance Smart Chain (BSC) absolutely trounced Ethereum across all relevant metrics in the last couple of months.

User count on BSC surpassed Ethereum by a significant margin:

Likewise, BSC total transactions are through the roof.

Which is five times higher compared to Ethereum’s total transactions.

Altogether, the skyrocketing Ethereum fees have left the network with unpleasant stats, giving away valuable traffic to its able competitor:

Last week, BSC-hosted PancakeSwap yield-farming protocol alone accounted for over 2 million transactions, surpassing Ethereum’s record of 1.56 million. Does all this mean it’s all over for Ethereum—and Vitalik Buterin can pack his bags and call it quits?

Not at all. There’s much more to the story.

If Ethereum were to remain relying on non-scalable and wasteful PoW, BSC would be a clear winner in the smart contract wars. However, even before Ethereum launched in July 2015, its transition into PoS was a part of its roadmap. Although suffering multiple delays, Berlin and London hard forks represent the implementation of PoS scaling and the lowering of transaction fees.

Likewise, the London hard fork will bring the critical EIP 1559, along with five others, in July. This particular improvement will completely overhaul Ethereum’s gas fee mechanism. Whether you pay a gas fee on an NFT marketplace or any of hundreds of DeFi protocols, the fee goes to a miner for your transaction to be forever included on the block.

EIP 1559, in the upcoming London hard fork, makes it so that the gas fee is instead “burned”. Instead of going to the miner, the fee will go to the network itself as an algorithmically set base-fee. Therefore, tipping the miners will become optional. Needless to say, EIP 1559 does not go well with Ethereum miners who broke the one billion USD record this February at $1.37 billion.

However, miners have a remedy in hand in the form of MEV – Miner Extractable Value. As arbiters on the blockchain, miners can reorder block transactions, leveraging this to gain revenue. Of course, miners would not do this themselves but by deploying MEV bots across various DeFi protocols.

While it seems that BSC is ahead of Ethereum, it only launched last year in September. This leaves Ethereum with a massive head start of five years, which is a lifetime in blockchain years. Consequently, this also leaves Ethereum with a far greater pool of developers, altcoins, stablecoins, and the legacy of DeFi protocols.

It is safe to say that all the users who hurled toward BSC have some measure of ETH in their wallets, just waiting for the ETH 2.0 to be finalized. Moreover, BSC is worryingly centralized, as one would expect with the ‘Binance’ in its name. Currently, BSC has merely 21 validators while Ethereum has over 100k network validators.

This may not be of much concern for users who wish to escape Ethereum’s currently high fees, but it will make a huge difference in the future. In lieu of this, the price of ETH continues to outperform BTC, which is a historical novelty between the two largest cryptocurrencies. Over the last month, ETH outperformed BTC by 55%.

As you can see, ETH followed BTC’s ebbs and flows since they both launched, up until recently in March. In February, The Tokenist noted a coordinated and unified mainstream media attack on Bitcoin as dirty crypto. When you go into the details and compare BTC’s footprint with the banking sector, this doesn’t make much sense.

However, when compared to Ethereum’s near-future PoS vs. Bitcoin’s PoW, it does make sense for people to opt for Ethereum if given a choice. But ETH and BTC are drastically different—so much so, that comparing is the equivalent of comparing apples to oranges.

Ethereum is not merely a digital store of value—it’s something entirely different. It’s an infrastructure of smart contracts, something we first learned about in 1996 when the world wasn’t quite ready. Today, Ethereum’s success has demonstrated that it is ready, though the use-cases for smart contracts are still being discovered.

One of which is quickly becoming decentralized finance—as previously noted by Bank of America, and recently alluded to by JP Morgan, the world’s largest bank by market cap:

Considering all these factors, we may be looking at ETH going to $10k this year. It is true that ETH is not a deflationary cryptocurrency like Bitcoin, but its total issuance is being outpaced by its demand. This doesn’t seem likely to change, especially after a slew of EIP upgrades this year.

What are your thoughts on the future of smart contracts and Ethereum? Let us know in the comments below.