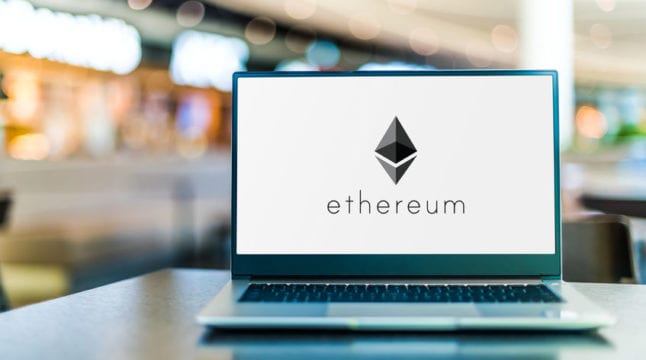 The Case for Ethereum as Winner of the Smart Contract Wars

The blockchain world features legitimate competitors to Ethereum. Will the 2.0 upgrade be enough?

Despite no one nicknaming Ethereum as digital gold, its underlying value lies as the infrastructure for decentralization. With Ethereum currently facing congestion issues and unsustainable gas prices, we take a deep-dive into the Ethereum 2.0 upgrade—and the case for Ethereum as the center of decentralization.

With the ongoing NFT craze, Ethereum stands to gain the most as the host of the majority of DeFi protocols and NFT marketplaces. In conjunction with the Ethereum 2.0 upgrade, this led to ETH’s all-time-low circulation on centralized exchanges – at about 17% or 19.5 million out of total 115,212,171 ETH in circulation.

In this way, Ethereum is behaving similarly to Bitcoin. Not only are its reserves low, but just like with Bitcoin, most of ETH is now held by whales – over 70% of wallets holding over 10,000 ETH. However, with Ethereum, this is happening for an entirely different reason.

No doubt, NFT sensationalism serves as a booster, but Ethereum is undergoing a fundamental shift in how it works. Specifically, tens of thousands have staked their ETH in the unrolling ETH 2.0 upgrade, with its current 7.6% reward.

There are drastic implications here in terms of DeFi’s growth—and eventual adoption.

Ethereum 2.0, previously codenamed “Serenity”, is a series of comprehensive upgrades to ensure it becomes more secure, scalable and cost-effective. All three of these key elements revolve around the proof-of-stake transition.

Leaving proof-of-work and switching to proof-of-stake is the core of the ETH 2.0 upgrade. In proof-of-work, miners invest computational power, i.e. electricity, to secure the network and validate transactions. In contrast, proof-of-stake would remove miners from the equation.

Instead, it would use economic incentives, so that those who stake ETH in the network can become validators. They would receive rewards in the form of block rewards and transaction fees.

To make sure validators don’t become oppressors on the network, ETH 2.0 would introduce “slashing” into its proof-of-stake. This mechanism would reduce a portion of validators’ ETH stake if they turn abusive. In short, with ETH 2.0, a 51% attack would only be possible if the attacker owns 51% of all staked ETH.

Anyone with a 32 ETH stake can become a validator, although owning under 32 ETH could also result in a validator role thanks to staking pools like Rocket Pool. Furthermore, Beacon Chain will ensure that validators are randomized so they cannot collude to take over shards. All three of these goals have been on the minds of developers before Ethereum even launched in 2015.

What Are Ethereum Shards?

Shards have been mentioned twice already, which tells you they are quite an important part of the ETH 2.0 upgrade. The concept of sharding is something that both multiplayer gamers and Harry Potter fans are already familiar with. As the term implies, sharding refers to database distribution into multiple instances, with each one holding a shard of the whole.

This is actually quite similar to the way Voldemort aimed to collect his soul shards throughout the Harry Potter franchise. Each shard represents a new Ethereum chain, initially with only 64. In turn, this will allow for the blockchain network to spread its load across the shards. Likewise, it is imperative for scalability’s sake that each node runs only one of these shards.

In this way, costly and energy intensive hardware would not be necessary. You may have noticed the opposite is happening with Bitcoin’s network. There is a smaller number of nodes over time because it is more costly to run each node. Contrarily, ETH 2.0 is a move toward greater decentralization in terms of network infrastructure.

Upon launch, shards will only process data, not transactions or smart contracts. This would cause quite a significant problem for scalability enhancement if there wasn’t a solution in the form of Layer 2. Also referred to as rollups, Layer 2 executes transactions off-chain by generating cryptographic proof and then resubmitting it to the chain (shard).

Theoretically, the combination of shards and Layer 2 should enable ETH 2.0 to perform up to 100,000 tps into 2022. Additionally, developers will leave the potential open for shards to become fully executable later on, just like the current blockchain, which would become one of the shards in the ETH 2.0. It would remain the only shard capable of handling smart contracts and transactions.

By 2022 or its first half, Phase 1.5 should be completed, marking a practical transition. Depending on its performance, developers will then decide if to proceed to Phase 2.0 with each chain having the capability of handling both smart contracts and transactions.

Is the Window of Opportunity is Closing for Alternative Smart Contract Blockchains?

If you’ve been paying attention so far, you will see why Ethereum is on the rise. Even in Phase 0, the amount of ETH sent to validators means there will be less of it in circulation. Those ETH will be locked until Phase 1.5 is complete. However, this still leaves plenty of time for users to become annoyed with relatively slow transaction speeds and notoriously high gas fees.

In that one-year span, many believe Cardano (ADA) is positioning itself as the true Ethereum alternative, having already achieved 4,000% growth YTD.

As for the NFTs raking in traffic for Ethereum, Charles Hoskinson, the creator of the Cardano protocol, views it as a fad, as told to a Bloomberg interviewer:

“You can take your DeFi, and you can run it on my system for 1/100 to 1/1000 of the cost.”
…
“My goal is to run countries on this blockchain,” … “I don’t care about Uniswap and CryptoKitties and other things. It’s a bubble, and it comes and it goes like Pet Rocks and Beanie Babies.”

Unfortunately for Hoskinson, such dismissive boasting doesn’t alleviate the issue that Cardano still doesn’t have full smart-contract functionality, as shown on Cardano’s roadmap. In turn, other protocols that offer speed and scalability now are cross-chain HyperLedger, Solana, and NEAR as a user-friendly platform for creating dApps. Interestingly, the Solana team had already framed themselves in direct opposition to ETH 2.0 on their official page:

Then, there is the rising Polkadot and Cosmos. However, the common problem discussed—at least today—with all of these Ethereum alternatives is that they not only fail to take into consideration the network effect, but also the fact that the bulk of developers are already familiar with Ethereum’s ecosystem.

Moreover, Ethereum has had positive returns for 10 out of the last 12 months.

Putting these factors together, it seems we will look at Ethereum five years from now as a decentralized colossus. One that will make it possible to create censorship-resistant networks, enable crowdsourcing, secondary markets and even WallStreetBets liquidity pools, to name just a few current developments.

How things will actually play out, of course, we’ll have to wait and see.

Which DeFi platform has taken the bulk of your ETH gas fees? Let us know in the comments below.