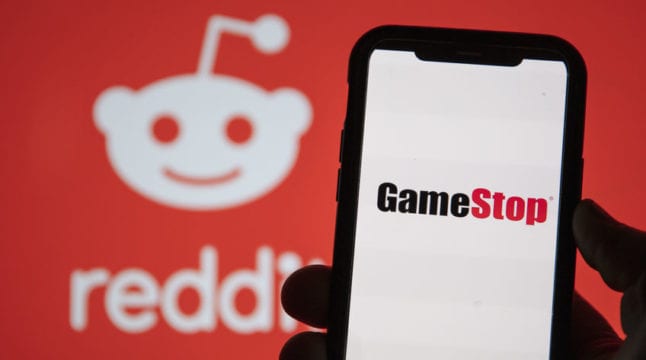 Seeing the writing on the wall, some entrepreneurial WallStreetBets Redditors are seeking more rigging-resilient ways to leverage popular sentiment. Decentralized blockchain finance is there to greet them. Now, they have to choose wisely which blockchain protocol to pick for the long haul.

No matter what happens with $GME stock trading next, one thing is for certain: WallStreetBets Redditors have shaken the financial system. While the Occupy Wall Street movement huffed and puffed into nothing, occasionally entertaining Wall Street champagne sippers on balconies, Redditors have made the establishment guardians pull up the castle gates.

Outside of amassing 7 million more members and causing Senate Hearings, WSB Redditors have made the stock market watchdog – the SEC – suspend trading on 15 stocks last Friday. Citing “social media chatter” concerns, the SEC preemptively acted to prevent a repeat of GameStop revolt against the hedge funds. Melissa Hodgman, at the head of the SEC’s Division of Enforcement, made it clear why this happened:

“We proactively monitor for suspicious trading activity tied to stock promotions on social media and act quickly to stop that trading when appropriate to safeguard the public interest.”

In other words, GME’s short squeeze would have never happened within the new, elevated alert level in which public interest—hedge funds—have proactive institutional protection. As if taking a cue from The Tokenist, a group of WSB moderators is now looking for a new home—an upcoming DeFi protocol called WallStreetBets 2.0.

Only One Way to Harness Millions of Redditors

Those WSB moderators who made the first proactive steps toward DeFi understand this dynamic well:

“WallStreetBets has shown the world that a group of individuals, all acting in their own self-interest, can coordinate in a decentralized way and compete with large institutions. However, the tools that were used to do this are rudimentary, centralized, and prone to failure. Robinhood, Discord, Reddit—each one of these centralized tools played an important role but ultimately showed their weaknesses.”

Now that WSB Redditors have revealed the power of crowd-sourcing to do what hedge funds have been doing for decades, they’ve met an opposing force careless of such concepts as fair play. In other times, resistance would have been difficult and protracted. With blockchain technology in hand, proactive resistance is viable.

How Would WallStreetBets 2.0 Work?

Effectively, DeFi truly launched with the pioneering work of Uniswap developers. This protocol was the first to create the ecosystem of liquidity pools and automated market makers, resulting in a decentralized exchange – DEX.

The shady relationship between market makers like Citadel and brokerages like Robinhood proved itself as the key component in ruining GME’s trading momentum. With liquidity pools powered by smart contracts, undue influence is removed from the equation. In short, WallStreetBets 2.0 would leverage the key aspects of programmable blockchain tech:

By taking advantage of these features, decentralized WallStreetBets 2.0 would allow users to:

“pool their money together to have more power and influence in the market than the largest hedge funds.”

In lieu of institutional financial rigging, one could hardly envision a more viable approach in the long run. However, some WSB moderators rejected the project. In the meantime, WallStreetBets 2.0 has yet to select its foundation – the type of blockchain to run the protocol. There are multiple ones to choose from:

There are other blockchains to consider, but no matter which one WallStreetBets 2.0 decides to settle in, it will have a huge impact on the DeFi ecosystem. Dropping from its ATH total value locked value (TLV) of $45 billion on February 22th, this might just be the booster shot DeFi needs.

Already boasting 9.4 million members, if only a fraction of that number is funneled into a competitive blockchain, it may upturn Ethereum’s position as the king of DeFi.

Dapps have become synonymous with Ethereum. Have you used any alternative blockchains? Let us know in the comments below.