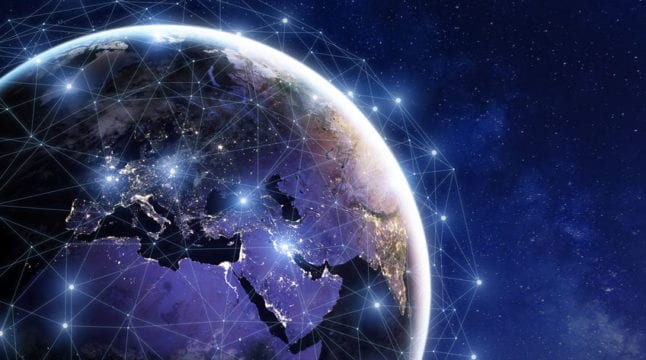 Weening yourself off from the dependency on the traditional banking ecosystem has never been more relevant.

There may come a time when the Federal Reserve will follow the footsteps of the European Central Bank and go into negative interest rate territory. Even if that doesn’t happen, DeFi yields are already leagues ahead of opportunities present in the banking sector. An estimated two million users are now active in the DeFi space, as DeFi Summer 2.0 is anticipated by many to be just around the corner.

It cannot be overstated how upside-down financial affairs in the modern world have gotten. From the early days of temples serving as banks in the Roman Empire, to up until recently, it was unthinkable that a bank would charge you for your deposits. Not loans, but for giving the bank money to store it.

Alongside managing a nation’s currency—and therefore economy—a crucial point of a bank is to use the deposited money for investing and providing loans. This is how money is injected into the economy, using the funds as lubrication to continue the economic mechanism at play. And for the privilege of accepting your deposits to do so, it would give you a small interest rate percentage.

Yet, here we are with increasingly common negative interest rates on deposits. All thanks to the decaying combo of central banking + currency issued by decree. The Tokenist previously reported on over 200 German banks charging negative interest rates. However, it has now become a practice for EU banks to warn people against using them as banks, i.e., take their deposits elsewhere.

Currently, over 260 German banks charge between -0.4% to -0.6% negative interest rates for deposits between €1 to €500,000. The two biggest German banks, Deutsche Bank and Commerzbank, have been telling their customers to start using their investment tools to avoid depositing, as reported by the Wall Street Journal. For this trend to increase in Germany, the economic engine of the EU, is quite telling.

When the European Central Bank (ECB) pushed the interest rate on deposits to -0.1% in June 2014, it inevitably led to further negative interest rates across EU nations: Switzerland, Sweden, Spain, and Denmark. However, this has also led to a curious problem that many wish to have – banks paying you for your own mortgage!

This has been occurring in Portugal for the last two years. According to consumer-protection group Deco, over 30,000 mortgages in Portugal had negative interest rates in 2019. They estimate that the number of such ideal mortgages has doubled by now. From this example, we see that when an ECB policy is enacted, it delivers vastly different outcomes, which is predictable given the variety of economies in the EU.

According to Germany’s central bank, the period between January 2020 and January 2020 saw a massive savings increase by private households at 872% – from $215 billion to $2.09 trillion. Of course, such unprecedented savings increase coincides with Covid-induced lockdowns. Germany is now poised to extend them to June, yet again.

The question is, if banks are no longer the place to store money, what is?

Even before the GameStop saga, The Tokenist has made a case for a DeFi takeover. Detached from the vagaries of central banking, decentralized finance through blockchain’s smart contracts makes it possible for the first time in monetary history to have truly free markets. Any existing service in the banking sector can now be offered on the blockchain. This also extends to insurance, gaming, digital collectibles, real estate, logistics, crowdfunding…to just name the few arenas that can be digitally codified and decentralized.

While Ethereum’s 2.0 upgrade should have happened sooner to avoid high transaction costs for people to fully exploit this opportune moment, the DeFi ecosystem is experiencing steady growth. As of this week, over 2,000,000 users are estimated to comprise the DeFi space, represented by unique crypto wallet addresses.

Although Uniswap was the first to pioneer decentralized exchanges (DEX) by introducing automated market makers and liquidity providers, Aave is currently ranked at third place above Uniswap at $8 billion TVL. In a recent roadmap milestone, Aave finalized the AIP 16 upgrade to further encourage lending and borrowing practices in the DeFi ecosystem. Suffice to say, the outcome has since been impressive for who want to tap into liquidity pools.

Notice that stablecoins – USDT and USDC – generate the highest yields. These stablecoins, as a bridge between fiat money and crypto assets, are anticipated to only increase in usage and demand.

No wonder calls for DeFi Summer 2.0 are well underway.

Are you a user of DeFi protocols? What has your experience been like? Let us know in the comments below.