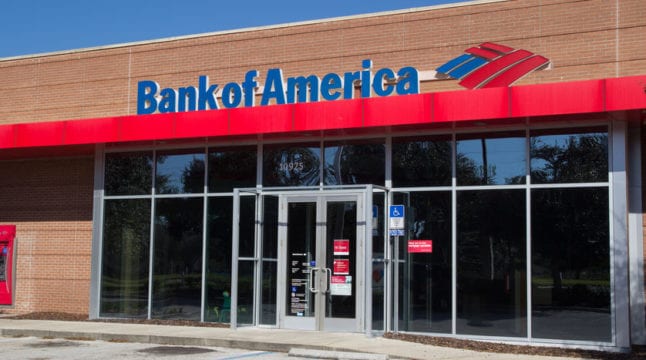 Bitcoin is not new to bad press. So when just last week Bank of America (BoA) released a report named, “Bitcoin’s Dirty Little Secret”, price action hardly budged. This wasn’t surprising to many, but what the country’s second largest lender thinks about DeFi might be another story.

Bitcoin’s “Dirty Little Secret” Out in the Open

This report flourished in cryptocurrency news cycles and twitter just last week. Most individuals were not in agreement with the reasons BoA listed for its lack of support when it comes to Bitcoin:

Citigroup’s report released just this month carries a different view on the value of Bitcoin. Subtitling the report “At the Tipping Point”, it goes on to suggest that the institution sees the currency going mainstream.

While Citigroup’s report seems a complete flip flop from their traditional corporate bank stance on Bitcoin in the past. It is worth noting that the report does tout the same energy concerns. Even though it did cite its majority renewable energy source as a silver lining.

Now, institutions like Bank of America anticipate a clash between Bitcoin and Central Bank Digital Currencies or CBDCs.

Meanwhile, a viable CBDC competitor to Bitcoin has yet to be seen on the global stage just yet. While the European Central Bank is carefully planning its digital euro, and the U.S. Federal Reserve is still in conversations for the digital dollar.

China has already launched its CBDC pilot. The nation has high ambitions of challenging the west with its full fledged roll out. But how does this concern Bitcoin?

This early in the digital currency wars it is hard to tell. So far, vast swathes of miners continue to mine in China. And central to the argument, CBDCs serve an entirely different function when compared to Bitcoin. In this light, CBDCs lack the five pillars of decentralization that make Bitcoin so attractive: open, borderless, censorship resistant, public, and neutral.

At the same time, Bitcoin continues to grow in popularity despite the rise in conversations surrounding these CBDCs. For instance, North America’s very first Bitcoin ETF was implemented in Canada, just last month.

Although Bitcoin seems insurmountable as a digital store of value coin, it may not be able to compete in the services realm where financial services built on top of the CBDC processing abide.

Before CBDCs, the Threat Was Corporate Coins

Before CBDC there was talk of corporate coins rising as competitors to Bitcoin. For instance, Libra, now known as Diem, was initially touted as a potential competitor to Bitcoin.

Although, in earnest it was actually Centralized Finance or CeFi by another name. Even then, it was caught in tech purgatory due to its many political controversies.

Bank of America, actually cites “Diem” as threatening Central Banks’ sovereignty as a reason for amping production of its CBDC. Still, it is hard to see this as competition to Bitcoin and cryptocurrencies with the current innovations noted (even by BoA) in DeFi.

So, What Exactly is DeFi?

DeFi, or Decentralized Finance, gained its name from an Ethereum Developer’s chat in 2018. It aims to offer market participants a slew of financial options with ranging amounts of decentralization.

Other DeFi examples and categories include: Aave for lending and borrowing, Dai for stablecoins, and yearn.finance for yield investing. DeFi is a fledgeling community amongst the world of crypto. A good amount of the projects like Uniswap, Sushiswap, and Compound do not even have market histories that go back one year.

DeFi in comparison with CeFi obviously has its troubles as noted by the Bank of America “Bitcoin’s Dirty Little Secrets” document. For instance, many DeFi projects have had security issues and hacks that comprised 50% of all hacks in the cryptocurrency space in the last half of 2020.

This and DeFi in comparison to CeFi has a range of diverse options that may confuse borrowers, the Bank of America report alleges. However, Bank of America has donned DeFi “intriguing”. And its positive stance or opinion seems ambivalent, here.

It is not clear whether Bank of America is waiting to take a stance in a viable DeFi project to further widen its client base, or considering acting as a processor or CeFi alternative for a digital currency initiative.

Given the growing popularity of DeFi, have you used any DeFi applications? Let us know in the comments below.