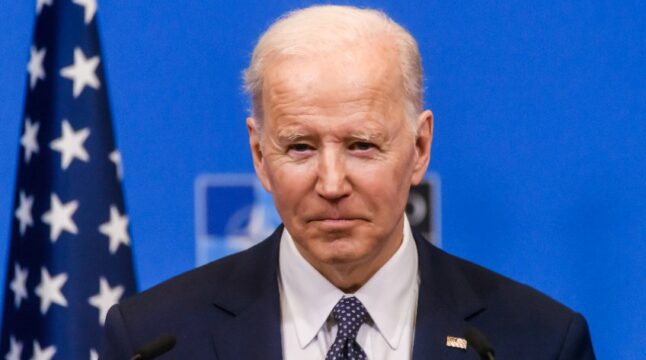 The White House is set to make its long-awaited announcement on student debt relief, with student loan repayment to be paused until December 2022.

A Bloomberg report indicates that the White House is likely to announce its decision regarding student debt relief today. Sources privy to the matter told reporters that President Joe Biden is expected to forgive student loan debt up to $10,000. He is also likely to extend the pause on student loan repayment from March 2020 by at least another four months.

Over $321 Billion Of Federal Student Loans To Be Forgiven

According to recent research, forgiving student loan debt will cost between $300 billion and $980 billion over ten years. Most of the relief is expected to go to borrowers in the top 60% of earnings. The Penn Wharton budget model was released yesterday ahead of the anticipated announcement from the President.

For several months, Democratic lawmakers, labor leaders, and civil rights organizations have pressured the White House to cancel more than $10,000 in student debt. They allege that black or lower-income students are disproportionately carrying greater debt loads. The model estimates that households in the top 60% of the US income distribution would get between 69% and 73% of any debt forgiveness.

With Biden urging congress to forgive $10,000 in student debt during his campaign, many of his allies expect him to follow through. They anticipate the current administration to continue its moratorium on student loan repayment until the end of the year. They also expect debt forgiveness to the tune of $10,000 in student debt for borrowers earning less than $125,000 annually.

The cancellation of student loans has been a priority for many liberals. The move has also gained significant support among younger, more educated, and Democratic-leaning voters before November’s midterm legislative elections. Since the Covid-19 outbreak, borrower balances have been frozen, and most federal student loans have required no payments since March 2020.

Therefore, the president’s announcement is expected as the government’s current suspension of student loan interest and repayment ends this month. The Biden administration has already canceled $32 billion in debt, partly by providing relief to organizations engaged in predatory or deceptive tactics.

According to the New York Federal Reserve, Americans aged 25 to 34 are most likely to have student debt. The chart above also shows that only 57% of student loan debt is held by borrowers under 40, although 67% are under that age. This indicates that individuals with higher balances are more likely to be older.

While Biden and his allies seem to be having their way, critics have sounded the alarm bells over the proposal increasing inflation further. The US and other world economies have continued to battle inflation in 2022 with several interest rate hikes made, with more expected before the end of 2022.

Latest Consumer Price Index (CPI) figures indicate that inflation for July eased to 8.5% from the 9.1% recorded in June. The current figures represent a record high for surging prices over 40 years. With the effects of inflation evident, there are fears that the planned debt forgiveness could further exacerbate the situation.

Alongside the majority who fear inflation may surge with the imminent debt relief, economists have also raised concerns. Larry Summers, a former top economic official in the Clinton and Obama administrations, cautioned that student loan forgiveness would exacerbate the present inflation crisis. He further added that money spent on the relief could be better used to support those with no opportunity to go to college.

Consequently, President Biden has an unenviable task of forgiving student debt while preventing the economy from plunging further into inflation. With the debt relief announcement now imminent, Americans would need to cross their fingers and hope that the ramifications are not as profound as feared.

Do you think the anticipated student debt forgiveness will increase inflation further? Let us know your thoughts in the comments below.