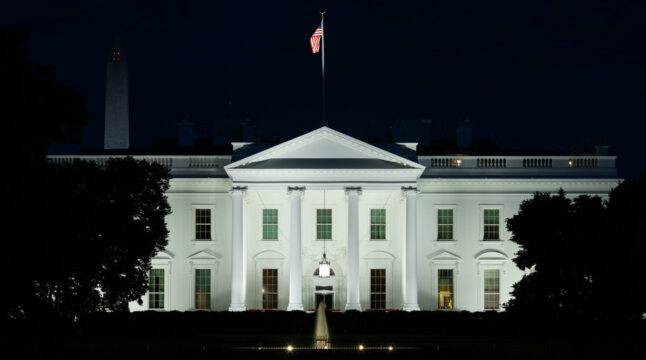 On Tuesday, U.S. President Joe Biden will meet with Federal Reserve Chairman Jerome Powell. They will discuss the state of the U.S. and global economy, prioritizing skyrocketing consumer prices. The Personal Consumption Expenditures (PCE) price index placed inflation at 6.3% in April, which is a slight decrease from March’s 6.6%. Likewise, the Consumer Price Index (CPI) measured inflation at 8.3% for April, a slight decrease from March’s 8.5%.

Although these annualized decreases may signal an inflation peak, it bears keeping in mind that the Fed has a target inflation rate of 2%. Needless to say, inflation is highly unpopular, acting as a tax hike that increases the cost of living across the board. Accordingly, President Biden hit the lowest approval rating of his presidency in May, at 39%.

With inflation becoming a hot-button issue of the Biden presidency, what can be expected from his talks with the head of the Federal Reserve, a purportedly independent central bank?

During the last two years, the Fed engaged in an unprecedented quantitative easing (QE) spree by more than doubling its balance sheet, from $3.9 trillion in March 2020 to $8.5 trillion in May 2022. With this asset shopping in the open market, the Fed flooded the economy with cash (M2 money supply).

The purpose of this tidal wave of money was to stimulate the economy by lowering interest rates. In turn, the cheap cost of borrowing spurred the growth of the stock market. One only has to look at Cathie Wood’s ARKK portfolio to see this in action. By the same token, when the Fed announced an interest rate hike at the end of 2021, growth assets took a big hit, with ARKK going down by -53.83% year-to-date.

Although not technically a growth stock, Bitcoin joined the downturn party as investors started to rearrange their portfolios for the upcoming quantitative tightening (QT), the reversal of QE. The Fed is now between a rock and a hard place – restricting market growth vs. lowering inflation.

Stock Market vs. the Cost of Living

President Biden and Fed Chair Powell will meet for the first time since Powell was re-nominated as the Fed chief. This itself is significant because freshly reappointed officials tend to have more leeway than usual. In other words, Powell is likely to become more hawkish and accelerate interest rate hikes.

Such a projection is in line with the CME Group’s target rate probability, placing the odds for 125-150 basis points range at 97.58%.

So far, the central bank increased the interest rate target by 25 basis points (0.25%) in March, and by 50 bp (0.5%) in early May. With this trajectory in place, the Biden-Powell summit will likely cement it further. Purportedly written by President Biden, his plan to combat inflation appeared in an opinion piece for WSJ, one day before the meeting.

Biden’s plan effectively pledges to support Powell’s efforts. One of the tools at the President’s disposal is lowering the soaring gas price, which has a cascading price spike effect on all other goods. For this reason, Biden “led the largest release from global oil reserves in history”.

In the meantime, the inflation blow is already felt on savings rates. Because people need to dip into their personal savings to combat inflation, it has fallen to 4.4%, at a level not seen since the Global Financial Crisis of 2008.

With that said, if the Fed jumps the shark too much and overcools the economy, the recession is in the cards. JPMorgan’s CEO Jamie Dimon put the Fed’s probability to avoid recession at 33%. Meaning that there would be 66% chance of entering a recession. Likewise, Goldman Sachs’ analysts think there is a 35% recession probability within the next two years.

Is Bitcoin Decoupling from the Stock Market?

For the reasons stated above, raising the cost of capital is bad for the equity market, especially one that is habituated to near-zero interest rates. However, with so many bitcoins going from weak hands to strong hands during 2022, it appears that Bitcoin is decoupling from the market.

During the last five days, Bitcoin has rallied by 9%, leaving behind S&P 500 and Nasdaq. Ironically, with so many people witnessing Terra’s wipeout, many are starting to see the prudence in conservative coding practices and proof-of-work. This was already showcased by Bitcoin’s year-high market cap dominance, rising to nearly 47% from January’s 40%.

Furthermore, Bitcoin’s rally is not that surprising as even JPMorgan recently stated that Bitcoin is oversold, projecting a $38k price range in the near future. More importantly, Bitcoin outlines an alternative timeline in which it is possible to have a monetary system that doesn’t go in and out of central banking manipulation cycles.

Do you think the crypto market has bottomed out? Let us know in the comments below.