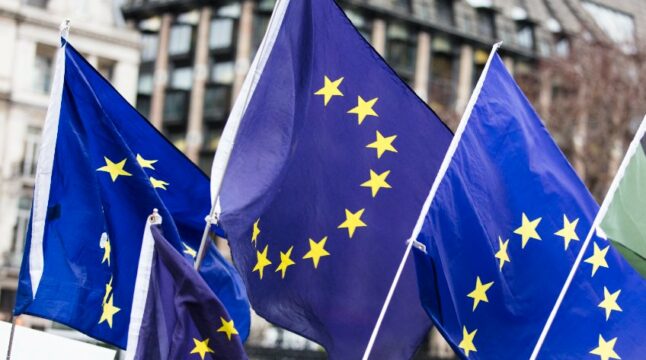 Europe’s Energy Crisis Majorly Responsible for Inflation at 8.6%, and it Can Get Worse

Soaring energy prices accounted for almost half of the eurozone's record inflation of 8.6% in June.

Annual inflation in the Eurozone’s 19 countries reached 8.6% in June, according to the latest report by Eurostat, the European Union statistics agency. The report also revealed that almost half of the record high inflation resulted from the energy price spike, with expensive food and services accounting for the second and third biggest factors.

How Covid and Ukraine War Sent Energy Prices Through Roof

In the eurozone, energy prices started to increase at the end of 2021 and the beginning of 2022, which put significant pressure on the purchasing power of consumers and also significantly impacted inflation. These price jumps followed a decline in energy prices at the onset of the Covid pandemic.

Energy prices dropped when the Covid first struck because of the lockdowns and other measures. As countries left or reduced these restrictions, the demand for energy started recovering, which led to the first spike in energy prices. A second spike came during 2021 amid surfacing supply-side issues.

This development was aggravated in early 2022 by the Russian invasion of Ukraine. Russia previously supplied about 12% of the world’s oil supply, which is used to make gasoline. Moreover, the country supplied more than 40% of Europe’s total gas consumption, 27% of oil, and 46% of coal consumption in 2021.

However, within the first stages of the war, western countries announced new rounds of sanctions against Russia over the war in Ukraine, heightening an energy crisis that risks tipping the region into recession. And more recently, Russia has continued to lower gas supplies by more than 60%, pushing the EU to look for alternatives.

The annual inflation rate in the Euro Area hit a new record high of 8.6% in June of 2022, up from 8.1% in May and 7.4% in April. This marks the highest level of inflation in the eurozone since recordkeeping for the euro began in 1997.

The latest report by Eurostat shows that approximately half of the record high inflation resulted from the energy price spike. More specifically, energy prices increased by 41.9% in June, the highest annual rate, compared with 39.1% in May, cumulatively contributing 4.19 percentage points to the overall year-on-year inflation figure.

Taxpayers to Eventually Bear the Cost of Soaring Energy Prices

More European utilities and energy retailers will face difficulties as prices of energy and electricity continue to rise. For instance, the one-year forward electricity contract in Germany reached an all-time high of more than 350 euros ($352) per megawatt hour last week, up 750% from an average of 41 euros between 2010 and 2020.

In the first place, these utilities will try to survive by passing the huge jump in wholesale prices onto their customers. “But that only moves the bailout down the chain, as households and businesses would then face unaffordable bills and need government help,” Bloomberg Opinion columnist Javier Blas said.

Blas added that eventually, it would be taxpayers to bear the cost, either in the short term via higher retail power and gas prices or in the long run via higher taxes to pay for the bailouts. “European governments should be upfront about the costs: They can win the argument that this is money well spent to stop Vladimir Putin,” he argued.

According to an estimation by Blas, it will cost more than $200 billion to rescue the European energy market this winter. Notably, this calculation does not consider the worst-case scenario of Russia fully shutting down natural gas supply to Europe and a colder-than-average winter.

Do you think Russia would fully shut down the natural gas supply to Europe? Let us know in the comments below.