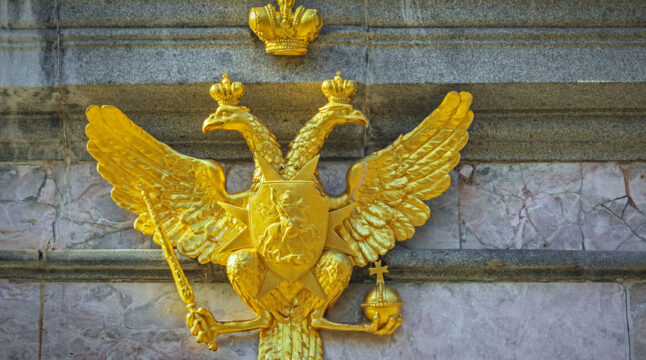 The effects of sanctions imposed on Russia and other targeted entities continue to bite deeper as the conflict rage persists. This has raised questions over how Moscow, its citizens, and business intend to generate revenue, carry out international transfers, and access forex.

Gold has performed well in the face of the recent sell-off in both the crypto and stock markets. The difficulty in tracking it makes it an attractive option for Russia. With crypto seemingly ruled out and more sanctions imposed by exchanges, illicit gold laundering and gold markets may be a viable option, considering Russia holds approximately $140B worth of gold reserves.

Recently, illicit gold trading in Russia, one of the world’s largest gold producers, has seen an uptick due to the Russia-Ukraine conflict. Sanctions imposed on the US and European countries have cut Russia off from the financial markets and restricted them from the global gold market.

Following the US sanctions imposed after Vladimir Putin invaded Crimea in 2014, Russia increased its gold imports. Reports suggest that the Kremlin now has gold reserves worth between $100- 140 billion, nearly 20% of the Russian Central Bank’s assets. Additionally, the Bank of Russia declared that it would resume purchasing gold in February on the domestic precious metals market. These unfolding events are strong indications of the countries shifting attention towards precious metals to evade tightening sanctions.

The chart above shows Russia’s Gold reserve has increased since significantly 2014. While its gold reserves have doubled over these seven years, its dollar and pound holdings have declined remarkably.

The Global Initiative Against Organized Crime (GI-TOC) recently released a report highlighting the high possibility of Moscow trading gold illicitly. With its gold reserves that high, the likelihood of gold laundering is exceptionally high. The communique further revealed that sanctions usually serve as enough motive for entities to engage in the illicit gold markets.

Consequently, it is believed that Russia may leverage the vast illegal gold trade network to move reserves out of the country and access funds. The GI-TOC reports also outline how this network offers Moscow and other affected entities a variety of economic options. Furthermore, the proceeds from the illegal activities may reimburse Russian oligarchs facing global sanctions. Also, the Kremlin’s war efforts would receive a significant boost with imports made to fund its military operations.

With the US interest rate now at an all-time high in 40 years, more investors are turning to Gold. A continued boom in illicit gold trading in Russia could result in oversupply, resulting in more sell pressure on the precious metal. Therefore, targeted responses must be made to tackle the abuse of gold markets and ensure stability in golds price.

For a clear blueprint of the possibilities of Russia’s illicit trading activity, Venezuela comes to mind. Hugo Chavez, the country’s president, decided to repatriate 160 tons of gold reserves from Europe in 2011. That action has proved critical in allowing Chavez’s successor, Nicolas Maduro, to maintain power despite crushing US sanctions since 2014.

These crippling sanctions isolated the Venezuelan financial system from the global economy. Maduro decided to dip into his country’s gold reserve, enlisting Russia’s help to help trade its reserve illicitly. In 2019, Russian Foreign Minister Sergei Lavrov stated that his government would “do everything” to defend the embattled Maduro regime following continuous US sanctions.

Subsequently, Russia assisted in various forms, including arms sales to Caracas to fund a failed oil-backed cryptocurrency. The Kremlin also transported tons of Venezuala’s monetary gold worldwide to sell in unregulated markets. The gold bars were flown to various destinations, including Uganda, the United Arab Emirates, Turkey, and other unknown locations. The Euros received were sent back to already isolated Venezuela banks, ultimately facilitating imports.

Clearly, the assistance rendered to Venezuela shows that Russia would not face significant problems if it decided to liquidate its gold reserves. It could turn to organized crime groups like drug cartels to sell its gold reserves. China is also a possibility as they have shown an increasing willingness to increase their gold reserves recently.

Many believed that cryptocurrencies would offer Russia a way out of sanction, but that has not been the case. Increasingly sophisticated tools have made it easy to track transactions on the blockchain. However, gold offers a more accessible alternative. It is difficult to follow since it can be physically transferred around the world outside of digital financial networks. Anyone can easily launder Gold in global markets by failing to declare or conceal its origins. This would make it attractive for Russia under its current predicaments.

Do you think it’s easier to bypass sanctions with gold than it is with crypto these days? Let us know your thoughts in the comments below.