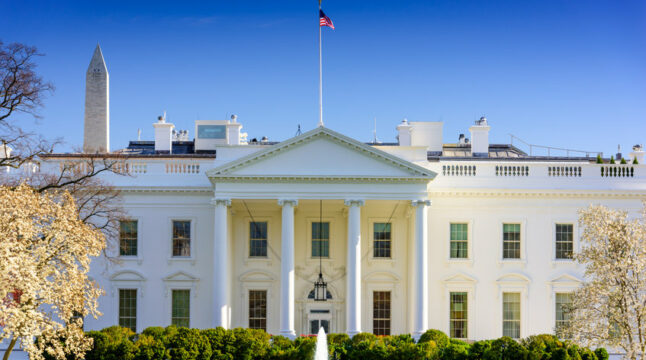 US Inflation Peaks at 8.5% as Experts Predict Continued High Rates for 2022

Some economists believe US's inflation rate would not drop below 7% before Q4.

The Bureau of Labor Statistics (BLS) has released its key consumer inflation report today, revealing that US inflation hit 8.5% in March. Analysts had already braced for higher prices, yet the rate of increase was more than expected. Additionally, many fear that high inflation will affect the USA for the rest of the year.

Economists surveyed by Bloomberg predicted that the Consumer Price Index (CPI) probably rose by 8.4% in March from a year ago. However, beating expectations, prices rose 8.5% last month, the fastest since 1981.

Prices continue to rise as Russia’s invasion of Ukraine, which was followed by sweeping sanctions against Moscow, has sent energy prices through the roof. In fact, high gas prices accounted for half the March inflation spike.

The current high inflation is largely attributed to the global supply chain crisis caused by the COVID-19 pandemic. However, economists believe other factors, including the unprecedented level of spending from the passage of COVID-19 relief programs, poor monetary policies, turmoil in the labor market, and geopolitical tensions have also played an important role.

The Fed has expressed serious intent to control inflation. Earlier this month, Federal Reserve Governor Lael Brainard said the central bank will start a “rapid” reduction of its balance sheet as soon as May. While the Fed announced its first rate hike in mid-March, a 0.25 percentage point move, Brainard noted that the central bank could double the pace at which the rate is raised.

Despite all these measures, some economists don’t expect inflation to drop below an average of 5.7% by the last quarter of the year. And even if the central bank manages to achieve this, inflation would still be running at about three times the annual rate seen in the years before the pandemic.

However, economists Anna Wong, Yelena Shulyatyeva, Andrew Husby, and Eliza Winger believe inflation would not drop below 7% prior to Q4. They said:

“The climb down from multi-decade highs in inflation will be stubbornly slow. In our base case, inflation falls below 7% only in 4Q, keeping the Federal Reserve firmly committed to rate hikes this year.”

It is worth noting that these forecasts include assumptions that supply chain issues will reduce and that goods inflation will start to cool off.

Nevertheless, economists are most concerned about the cost of shelter, which is the most important of the eight major components of the CPI. In February, shelter costs increased by 0.5%, posting the biggest monthly increase since 2005.

Supply chain bottlenecks also persist to be a major concern. That is even more relevant given the new Covid-19 lockdowns in China’s financial hub, Shanghai, combined with disruptions caused by the Russia-Ukraine war.

Wall Street’s main indexes moved lower on Monday, with Nasdaq falling more than 1%. Tech stocks took a hit as shares of Microsoft, Apple, and Nvidia fell between 1.9% and 4.1% during the day. And among the 11 major S&P sectors, the S&P 500 technology index dropped the most, plunging by 1.9%.

On the other hand, the benchmark 10-year Treasury yield touched a fresh high and climbed to 2.75% on Monday. The benchmark resumed its upward movement on Tuesday ahead of the inflation report, hitting 2.82%, its highest point since December 2018.

Meanwhile, gold, which has been registering gains for the last four days, entered consolidation today. While expectations for policy tightening have adversely affected gold, economists believe the metal will perform well as long as there is uncertainty around inflation. Edward Moya, a senior market analyst at Oanda Corp, said:

“Gold should continue to see strong inflows as uncertainty over inflation and growth will remain elevated over the coming months due to geopolitics and differing views on how aggressive the Fed will need to be with tightening of monetary policy during the summer months.”

The crypto market is also largely in the red today. This was not entirely unexpected given that crypto-assets are somehow correlated with other risk assets.

What is your average inflation target for the end of the year? Let us know in the comments below.