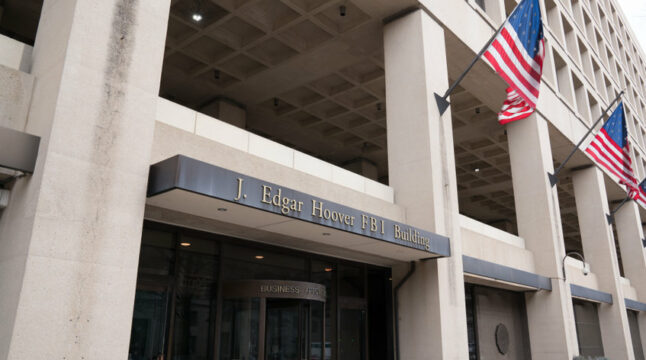 It is unlikely for Russia to evade sanctions using crypto, according to FBI's Director Christopher Wray. Using fiat currency is more likely.

The west followed through on its promise to sanction Russia heavily in response to attacking Ukraine’s sovereignty. To ensure that the sanctions are working as intended, FBI Director Christopher Wray was asked some questions in a hearing of the Senate Select Committee on Intelligence this Thursday.

When asked about Russia’s ability to evade sanctions using alternative financial means like cryptocurrency, he was certain that the country would have to use fiat currency at some point to effectively bypass the sanctions.

Sen. Martin Heinrich (D-NM) asked Wray a question that has been percolating as an assumption for some time. Specifically, do cryptocurrency transfers have the capacity to significantly circumvent sanctions against Russia? To that, FBI director Wray answered in the negative, pointing out that digital assets are actually easier to track.

“We are, as a community and with our partners overseas, far more effective on that than I think that sometimes they appreciate and there’s a lot of expertise in terms of tools and strategies to help block that kind of effort.”

Only 0.7% of Illicit Transactions in 2020 Involved Bitcoin

As a result of federal agencies’ abilities to intercept digital assets, FBI director Wray also noted that fiat money transfers are far more likely to be used to circumvent sanctions. This is not at all surprising given the fact that in 2020, merely $10 billion worth of BTC was used for illicit activities, compared to $1.4 trillion in USD, making BTC-related activities at 0.7 percent.

In the US alone, the IRS seized $3.5 billion worth of cryptos in 2021, now extending the focus to NFTs as well. Outside of blockchain analytics software, tighter inter-agency cooperation, and better training, there is also the power of the Office of Foreign Assets Control (OFAC). This agency compiles a database of sanctioned targets, be they individuals, corporations, or governments.

Anyone placed on OFAC’s Specially Designated Nationals (SDN) list is cut off from the US economy and its global financial ecosystem. Case in point, Coinbase blocked over 25,000 wallet addresses that could be attributed to Russian nationals on March 7th.

In other words, it is far more likely for Russia to onboard China’s CIPS, an equivalent to Western SWIFT, than it is to scale up illicit crypto transfers. After all, Russia’s central bank itself has negative attitudes on the very concept of cryptocurrencies and has repeatedly called for a blanket crypto ban in the past.

Even the new Russian cryptocurrency draft stipulates strict conditions for trading, with heavy fines if transactions over 600,000 rubles (about $5,000) are not reported. Furthermore, such transfers can only be conducted on licensed providers. Speaking of Russian rubles, here is the current roundup of sanctions and their effect.

Ruble Plummets by 40% as Sanctions Hammer Russian Economy and Oligarchs

Since February 24th, when the Russian invasion of Ukraine started, the Russian Ruble has been falling in regular increments, despite the efforts of the Central Bank of Russia (CBR) to bolster its currency. Thus far, the Ruble lost nearly 40% of its value.

Likewise, the Moscow Exchange index (IMOEX) fell by 30% in the last 5 days. Moscow Exchange ranks as one of the world’s top 20 exchanges, handling everything from equities, bonds, and derivatives to forex markets.

Last week, the Federation of European Securities Exchanges (FESE) canceled MOEX’s observer status. However, the biggest blow to Russian markets was exclusions of major Russian banks from SWIFT, VISA, Mastercard, Paypal, and Google/Apple Pay suspensions. As a result, even Russian short-sellers who took a bet against Russian markets are at risk of losing $723 million worth of gains as MOEX suspended trading.

Interestingly, the global corporate superstructure didn’t wait for official sanctions by governments. Like dominions falling, several major companies exited the Russian market of their own accord one after another.

On the non-financial front, the US, Canada, and EU banned Russian aircraft from entering their airspaces, while the EU even blocked Russian state-backed media outlets. Russia retaliated in kind, banning 36 countries from entering Russian airspace. Furthermore, the CBR suspended forex sales for all Russian commercial banks until September 9th.

Lastly, countries have been freezing assets of Russian oligarchs. For instance, Italy seized their villas and yachts worth $156 million from just five high-profile Russian citizens.

Do you think Russia will endure economic sanctions due to its normal trading with China and India, as well as its food/energy independence? Let us know in the comments below.