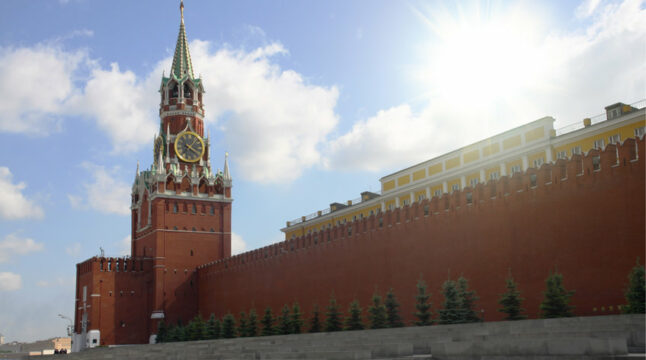 Short sellers have to wait till the Moscow Stock Exchange reopens to claim their unrealized profits.

Either through sheer genius or a stroke of luck, several traders who shorted the Russian stock market are now sitting on huge profits. However, it’s unclear whether these traders will cash in on their almost $723 million winnings due to trading sanctions imposed on the Kremlin by western countries.

The embargo placed on the Kremlin following its Ukraine invasion has halted trading of Russian stocks globally. In response, the Moscow Stock Exchange shut down and plans to remain closed till at least 8th March. The current situation means that short sellers of the Russian stock stand to have their profits wiped off before trading resumes.

Ihor Dusaniwsky, a managing director at S3, revealed that the ADR/GDR short-sellers could not bank their profits until their trades were closed. With the markets shut, for the time being, doing so may prove extremely difficult. He further opined that continued delays to trading would see interest rates charged, eat deeper into these unredeemed profits.

“Russian ADR\GDR short sellers are sitting on a large amount of unrealized profits, but they are not bankable until their trades are closed out, and profits are realized. With trading halted in many securities and liquidity in tradable stocks limited, that may be easier said than done.  What’s more, the suspensions could eat deeper into those profits because interest rates charged to short-sellers by their brokerages can rise while the delay drags on.”

The average interest levied on the US or other regionally traded securities is 2.02%, significantly higher than the 0.65% average recorded in December.

The inability of these investors to close their trades and realize their profit is largely down to the sanctions imposed on Russia. The Kremlin’s invasion of its western neighbors has largely caused a dramatic slump in the price of Russian Stocks. According to the Dow Jones, Moscow’s GDR Index plummeted by more than 97% even before trading of Russian securities was halted.

The chart shows that the Russian GDR Index on Dow Jones traded between $60 and $80 between January and mid-February. Also, major index providers dropping Russian companies from their benchmarks, further pushed values even lower until they reached $2.59.

Reports suggest some of the largest short bets are against Russia’s largest bank, Sberbank PJSC. Other targets include Ozon Holdings, which warned it may default on its debts on Friday if trading suspension persisted, and gas giant Gazprom PJSC.

Russia’s invasion of Ukraine has led to its economy taking a massive hit. Aside from falling stock prices and a suspended Stock exchange, Moscow continues to experience wider economic woes.

Sanctions imposed have prevented the sale of Russian Bonds on secondary US markets as Moscow’s 10-year yields fell by more than 12%. The Ruble’s purchasing power has also plummeted to an all-time low against the US dollars. Furthermore, several western companies have also severed relations with Russia with others planning to follow suit.

However, smart traders who had the foresight to short Russian securities may also be affected by its economic woes. If trading does not resume, the possibility exists that they lose their profit. But if trading commences on 8th March as announced they may yet enjoy the results of their savvy investments.

Do you think there will be a massive fallout once the Moscow Stock Exchange reopens? Let us know your thoughts in the comments below.