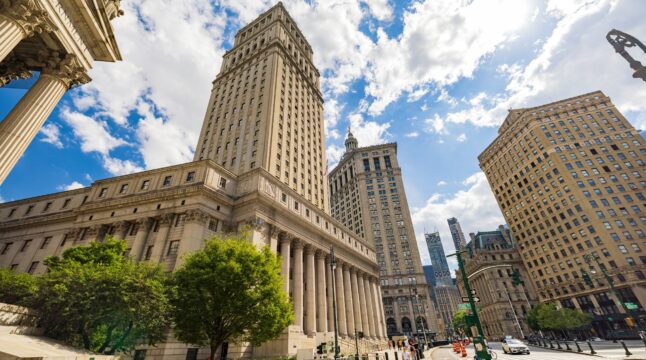 As has been expected since late December, Sam Bankman-Fried plead not guilty in his first court appearance of 2023.

As has been widely expected since last week, Sam Bankman-Fried entered a “not guilty” plea on January 3rd in his first court appearance of 2023. On the same day, the judge scheduled the trial to start on October 2nd, and FTX’s former CEO, If ultimately convicted, could face more than 100 years in prison.

On January 3rd, Sam Bankman-Fried enter his “not guilty” plea to charges regarding the operations and the bankruptcy of his FTX Group. This is SBF’s first court appearance since getting released to home detention on a $250 million bail late last month. Earlier on the same day, Bankman-Fried’s lawyer Mark Cohen requested that the identities of two of his unnamed bail guarantors—the two known ones being the fallen billionaire’s parents—remain undisclosed. FTX’s former CEO is facing numerous charges including multiple counts of fraud and money laundering.

At the same hearing, the judge set the trial date for October 2nd. Furthermore, the court agreed not to disclose the name of the other two bail guarantors.

US authorities unveiled their charges against Bankman-Fried on December 13th, a day after he was arrested in the Bahamas. A week after his arrest, FTX’s former CEO agreed to a voluntary extradition to the United States after initial reports indicating he would contest it.

Unlike SBF, his close associates Gary Wang, the CTO of FTX, and Caroline Ellison, the CEO of Alameda Research, pleaded guilty to all charges and agreed to cooperate with the authorities. Wang’s cooperation is generally considered the most problematic for Bankman-Fried’s case due to their long-standing partnership and FTX’s former CEO might face more than 100 years in prison if ultimately found guilty.

The Collapse of FTX

The collapse of FTX unfolded shockingly quickly with just days passing between Changpeng Zhao’s initial Tweet hinting something may be rotten in the state of SBF’s company and the bankruptcy filing. In between the two events, there was a great deal of uncertainty with Bankman-Fried initially trying to reassure customers that everything is fine before unveiling he asked Binance to bail his firm out.

After the company went bankrupt, shocking reports of questionable, sketchy, and irresponsible behavior within the firm started emerging. Not only were the early allegations of FTX lending billions in users’ funds to Alameda Research quickly confirmed as true, but it was also revealed that Alameda helped facilitate and hide billions more in loans to FTX executives.

The collapse of Sam Bankman-Fried’s digital asset empire also had wider ramifications on the industry. The first victim of the spreading FTX contagion was BlockFi—the crypto lender filed for bankruptcy already in late November. Genesis’ lending arm and Gemini Earn were also caught in the downfall of SBF’s company.

Gemini and Genesis both froze withdrawals on November 16th citing liquidity issues stemming from FTX’s fall. The issues of these two platforms remain unresolved and most recently resulted in a public exchange of accusations between Cameron Winklevoss and Barry Silbert on January 2nd.

Do you think Sam Bankman-Fried will ultimately be convicted? Let us know in the comments below.