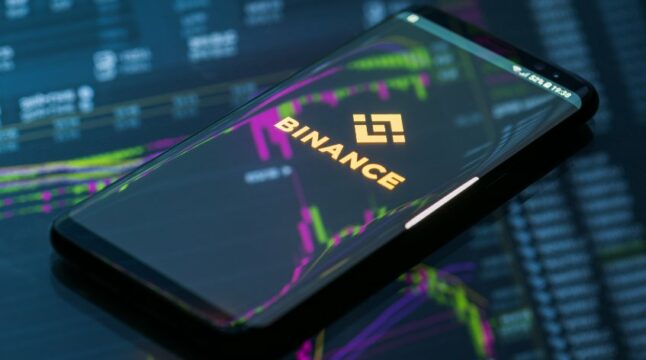 Binance has entered into a non-binding LOI to fully acquire crypto exchange FTX.

In his tweet, CZ explained his company entered a non-binding LOI to acquire FTX as a result of a “liquidity crunch” faced by FTX. Zhao went on to state that the situation is highly dynamic and that they “are assessing the situation in real time.” Shortly after CZ, Bankman-Fried tweeted out his statement on the matter:

SBF also stated that they are clearing their withdrawal backlog and that all assets will be converted 1:1. In the thread, he pointed out that “the important thing is that customers are protected,” and that the acquisition and the “liquidity crunch” is not affecting FTX US or Binance.us, as those are both separate companies.

Reportedly, the liquidity problems at least partially stem from the fact FTX’s users withdrew $6 billion in just 72 hours between Saturday and Tuesday. “On an average day, we have tens of millions of dollars of net in/outflows. Things were mostly average until this weekend, a few days ago,” SBF told his employees in a text message and added, “in the last 72 hours, we’ve had roughly $6b of net withdrawals from FTX.”

According to individuals with reported inside access to the deal, FTX sought over $1 billion in financing prior to completing the deal with Binance. One source however revealed that the debt would require considerably more funding.

What Happened to FTX?

On Saturday, November 5th, it was reported that an unknown wallet initiated a transfer of nearly $585 million (22,999,999 FTT) from FTX to Binance. CZ later confirmed that the transaction came from his company and that Binance was liquidating its FTT. Zhao also hinted that the decision is the result of some “revelations” and was driven by lessons learned from the LUNA collapse in May.

This led to widespread speculation that there was a “feud” between Binance and FTX—and that the move was meant to drive SBF’s company out of business. CZ was quick to respond to these allegations stating that while the memes were funny, he is spending his energy “building, not fighting”. Sam Bankman-Fried also responded to the widespread rumors, stating that “FTX is fine.”

Despite the dust apparently starting to settle, a report came out early on November 8th indicating that FTX might have paused withdrawals. The allegations were all but confirmed in the Twitter thread later posted by SBF in response to CZ’s announcement. Later on Tuesday, an employee confirmed on the company’s official Telegram channel that “any transfers besides fiat are halted.”

It remains unclear how bad the “liquidity crunch” is, and that the LOI signed by Binance is non-binding. CZ has made it known that he can back out should he so choose.

The Immediate Aftermath of the Announcement

The news that FTX might be insolvent sent shockwaves throughout the crypto sector. While most digital currencies saw a brief rally after CZ announced he would acquire SBF’s company, most quickly went down with both Bitcoin and Ethereum dropping around 10%.

These developments also affected the prices of both BNB and FTT. Binance’s token saw a price increase of around 7% going from about $325 to $357 before quickly plunging to $321. FTX’s FTT dropped drastically late last night going from $22 to less than $15. It briefly rose to $19 after CZ announced the LOI, but is currently down around 75% and is valued at just over $5, at the time of writing.

The announcement also had a limited spillover effect on stocks of crypto companies. Robinhood was down almost 20% by the time the markets closed, and Coinbase also suffered a 10% decrease in share price. The news also prompted both Brian Armstrong and  Coinbase to create posts explaining that the company has limited exposure both to Binance and FTX, and provide an insight into why they believe a similar scenario can’t happen to their exchange.

What do you think of Binance moving forward to acquire FTX? Let us know in the comments below.