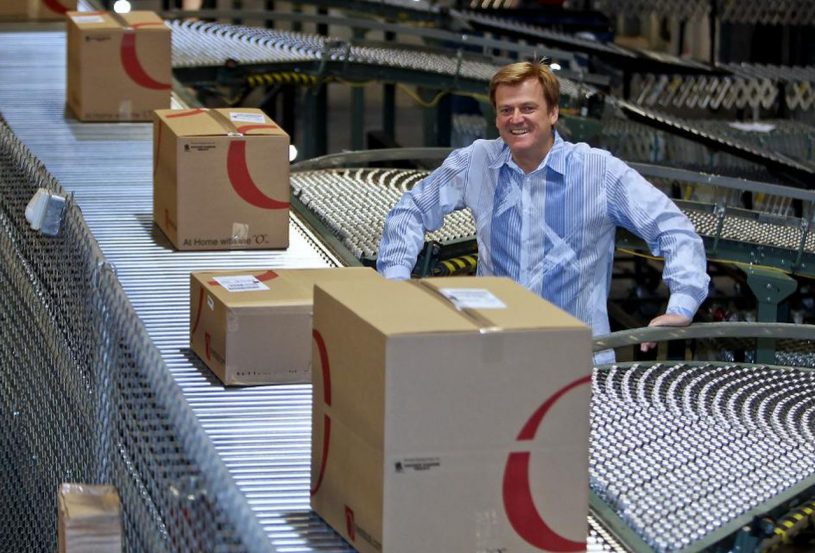 As of November 23rd 2018, Overstock.com Founder Patrick Byrne is reportedly planning to sell Overstock and direct his full attention to the blockchain industry. Byrne’s most anticipated project in the blockchain space is the developing security token exchange tZero. The platform raised $134 million during its initial offering and aims to operate under SEC approval within months.

Patrick Byrne leads Overstock.com as CEO. As a blockchain visionary, Byrne enabled Overstock.com to start accepting Bitcoin back in January of 2014. Now, as 2018 wraps-up in what could be cryptocurrency’s worst bear market, Byrne is ready to put it all— including Overstock.com itself—into security tokens.

Overstock has invested $175 million in Medici Ventures, which houses several blockchain-based startups. The largest of these projects is tZero— an institutional-grade security token trading platform or ‘alternative trading system’ (ATS). Though still under development, the ATS is set to operate in the US, requiring regulatory approval by the SEC.

tZero raised $134 million during its offering, which ran from December 2017 to August 2018. In the following October, tZero completed its token sale by distributing all tokens to their investors’ tZero wallets.

As of now, the platform is scheduled to go live during Q1 of 2019— more than three years after its initial announcement by Byrne himself in August of 2015. During those three years, tZero has gone through millions of dollars. In fact, both Overstock and Medici have as well.

Medici lost $22 million in 2017, followed by a $39 million loss during the first nine months of 2018. Likely due to Overstock’s financial interest in Medici, Overstock’s shares fell as well. In January 2018 they sold for around $87 per share— a price which has currently dropped to $17.

Yet Byrne isn’t phased at all:

“I don’t care whether tZero is losing $2 million a month. We think we’ve got cold fusion on the blockchain side.”

In fact, Byrne has so much faith in the security token industry’s future, that he’s willing to sell the business he launched two decades ago to actualize it.

Byrne has planned to sell Overstock.com’s retail business since 2017. Though the parties involved have yet to be named, a deal is expected to be completed by February of 2019.

The presumed sale is right around the time of tZero’s highly awaited launch. Byrne says that 60 companies are currently developing security tokens which they plan to list on tZero. Another 2,000 companies have submitted inquiries regarding future listings.

The Benefits of Security Tokens Explained

Security tokens are different from utility tokens in many aspects.

First, Security Token Offerings (STOs) are regulatory compliant procedures. They must account for all regulatory bodies given both their jurisdictions, and the jurisdictions of their investors.

Third, security tokens benefit both businesses and investors. Fractionalized ownership, for example, helps businesses raise capital in an easier manner: the typically small group of investors who are both liquid and interested is expanded to a larger collective. Investors also benefit since fractionalized ownership increases their access to investments which are otherwise too costly and out of financial reach. The many other benefits of security tokens can be understood through our complete security token guide.

Byrne is apparently quite confident in such benefits as well. Concerning Medici Ventures he said,

“We have maybe several multibillion-dollar properties in there.”

What do you think of Patrick Byrne’s plans to sell Overstock.com? Will Byrne and tZero pioneer the security token industry? Let us know what you think in the comments below.