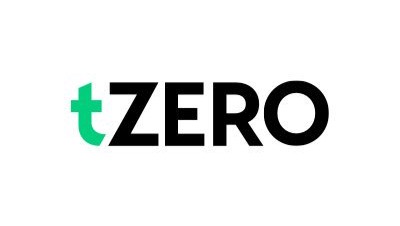 As of October 16th 2018, tZero has officially ended its Token Generation Event (TGE) by distributing all tokens purchased during its offering. Pending the platform’s completion, token holders will be able to trade their tokens to other accredited investors on January 10th 2019.

All tZero Tokens Issued and Distributed

In a letter from CEO Saum Noursalehi and Executive Chairman Patrick Byrne, tZero told their investors of the completed issuance and distribution of the tZero preferred equity tokens.

The token distribution process continued to strive for regulatory compliance enforced by the SEC. Due to the general atmosphere of an unclear regulatory framework in the realm of tokenized securities, tZero took a cautionary stance in proceeding with their offering.

Investors can now access their tokens through the tZero wallet. The benefits of the token, particularly when compared to traditional financial securities, were outlined in the recent letter:

“… tokens in your personal wallet will not represent merely a contractual claim against someone else’s contractual claim, against someone else’s contractual claim, against some firm you never heard of that actually owns all the stock you think you own (that is to say, “the current National Market System of the United States”). With our technology, 1) you can hold your tokens in your own wallet representing true ownership of the Security Token, 2) regulators get much greater clarity into the atomic structure of the market, so any mischief is observable by them, and 3) the whole thing is cryptographically protected in ways that make many forms of Wall Street mischief impossible to perform in the first place. In sum, this is the first step in a new and better form of capital market for humanity.”

All tokens will be locked in their tZero wallet for the subsequent 90 days following the TGE. This means then, that on January 10th 2019, owners will be able to effectively trade their tokens on the tZero platform.

Additional accredited investors— who did not participate in the initial offering— will be able to create accounts and participate in peer-to-peer trading on the platform.

On August 6th 2019, tZero will initiate sales to non-accredited investors on a platform which they have yet to specify.

The Details of tZero’s Initial Offering

The offering behind tZero— which started in December of 2017 and ended in August of 2018— raised $134 million. On the same day the offering ended, it was announced that GSR Capital signed a letter to invest as much as $270 million in a larger deal with tZero and Overstock. It included an 18% stake in the tZero platform, an approximate 10% stake in Overstock.com, and $30 million towards tZero’s offering (included in the total of $134 million).

The successful offering came with high visibility and an optimistic outlook, especially with the support of blockchain visionary Patrick Byrne, tZero’s Executive Chairman. As Overstock.com’s CEO, Byrne started accepting Bitcoin as payment on his website in 2014. Byrne is also known to advocate for security tokens, having publicly invested ‘millions of dollars’ into Ravencoin.

With some predicting the future of security tokens to morph into a $10 trillion dollar industry within five years, it’s hardly surprising to see the hopeful anticipation of tZero’s future.

What do you think of the recent announcement by tZero? Will their platform transform traditional financial securities? We’d love to know what you think in the comments below.