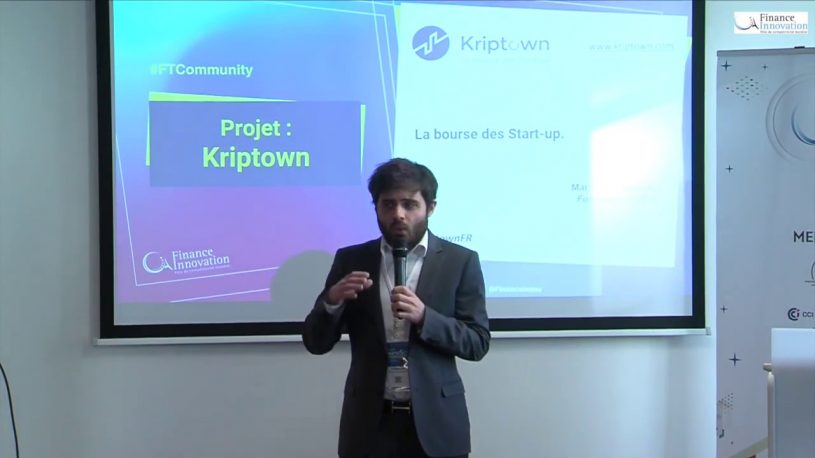 The Regulatory Situation for Security Tokens in France Explained

Mark Kepeneghian is the CEO and founder of Kriptown. As a token offering platform based in France, Kriptown aims to provide “a solution for start-ups who want to raise funds quickly and cheaply, by reaching a broad and diverse investor base”.

The platfrom facilitates the primary issuance of security tokens, through what it calls an Initial Token Offering (ITO), as well as secondary transactions through an order book.

From a regulatory standpoint, security tokens are brand new to France. In January 2019, French lawmakers issued a decree which legalized both the registration and transfer of financial securities on a blockchain.

In a recent interview, Kepeneghian dove into the benefits that tokenized securities bring to private equity investments.

According to Kepeneghian, Kriptown makes private equity a more suitable investment through an increase of liquidity:

“The idea behind Kriptown is to make private equity investment less dangerous by bringing liquidity. Thanks to our research we realized that the very high volatility of a low market capitalization comes from a lack of liquidity. Through token creation, we were able to build a marketplace where we would provide an answer to that private market liquidity problem.”

By using a “private Ethereum blockchain”, Kriptown generates tokens with an unalterable transfer history for both primary and secondary markets. With the block explorer, all transactions can be tracked for the verification of data history, says Kepeneghian.

When asked about how Kriptown drives deal flow for primary issuers, Kepeneghian responded with the following:

“We have 3 people at Kriptown that are fully dedicated to evaluate and look for new startups. We do not take any fixed fees and only 1.5% of the funds raised after the company’s fundraising goal has been met. This makes us very attractive for companies who want to raise money. Currently, we have 65 companies within our process of selection.”

In addition, Kepeneghian believes a revolutionary aspect of security tokens is the added liquidity brought to secondary markets:

“The fact that you are freely able to use a secondary market for a private investment is a first in Europe. The liquidity will be the most important part of that secondary market. We made a partnership with some market makers specialized in tokens in order to lower the spread and make the market more liquid.”

Further, Kepeneghian commented on recent news in France, including the PACTE Law. While still in progress, the law was designed to provide a clear regulatory framework for the issuance, management, and transfer of digital assets.

“The PACTE Law is perfect for a project like Kriptown and we are very proud that France and the AMF (Autorité des Marches Financiers) decided together to build a regulatory framework allowing that new technology to rise. We look forward to Bruno Lemaire to establish this law.”

Beyond France, compliant tokenized securities have reached Europe, to include places such as Germany, Switzerland, Estonia, Malta, and Lichtenstein.

What do you think about Kepeneghian’s remarks on the new levels of liquidity that security tokens bring to private equity investments? Will tokenization transform the existing structure of private equity in Europe? Let us know what you think in the comments section below.