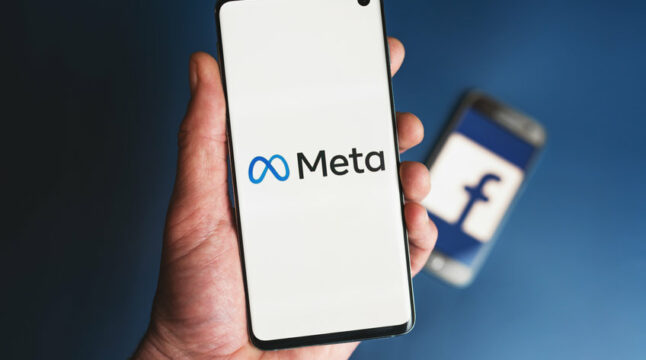 Meta Platforms started trading under its new ticker yesterday, ushering in a new era for the company.

Meta Platforms, formerly Facebook,  recorded a significant milestone in its ongoing rebrand into a Metaverse-focused company. Following an earlier announcement, the firm’s class A common stock began trading yesterday on the Nasdaq under its new ticker META.

Consequently, the ticker change marks the final step in its metaverse-aligned transformation, which started in October last year. Its previous ticker FB had been in use since 2012 when the company initially went public. Aside from the ticker change, the company assured its shareholders that the stock would technically remain the same without no difference whatsoever.

Meta’s Pivot into the Metaverse

Although relatively short, Facebook’s foray into the Metaverse has been radical and bold. Considering that this change in direction caused a complete rebrand into Meta, it is clear that the company is hedging its bets on the virtual world. It is also striving to be a pioneer in the virtual reality space while helping to foster its rapid growth.

In September 2021, the company announced a $50 million fund dedicated to developing the Metaverse believing it was 15 years away. The money was set aside for research and development in the virtual space over two years, with the firm emphasizing the need to build responsibly.

Notably, Facebook’s conservative stance arose due to the regulatory backlash it had received in 2019 over the launch of LIBRA. The failure of the Libra project, combined with the massive $5 billion fine it received over privacy concerns, saw the company trudge carefully. Nonetheless, a considerable portion of its workforce was working on augmented and virtual reality devices.

Subsequently, the company announced its corporate name change from Facebook to Meta to reflect its ambition toward the Metaverse. Furthermore, Meta revealed it would focus its efforts on the digital space in Europe rather than the US.

However, Meta suffered a significant setback as its share price plunged by 20% following the release of its Q4 2021 earnings report. The company alluded to its poor performance to the emergence of Tiktok, dwindling ad revenues, and the effects of the covid-19 pandemic. Curiously its poor performance has carried in into 2022.

Despite its poor performance, Meta has been committed to its Metaverse future. It recently finalized plans to introduce virtual coins, tokens, and in-app lending to its apps. It also released the outline of its upcoming metaverse economy, which did not sit well with creators. Several NFT enthusiasts tweeted their disappointment about the fees charged by Meta.

Meta’s Transition to a Value Stock

The poor performance of Meta’s stock price in 2022 will see it receive a downgrade in the upcoming FTSE Russell shakeup. The reshuffling is intended to reflect the performance of US indices over the past year.

The benchmark provider will rejig its factor indices in addition to reconstituting its flagship indices. These include the Russell 1000 (large companies), Russell 2000 (small firms), and Russell 3000 (both categories combined to represent the whole US stock market).

Consequently, Meta, down nearly 42% year-to-date, would see its status change from the Russel 1000. It would move from being a growth stock, where it has been all through its existence, into a value stock in line with its status. However, this is not all doom and gloom, as Value stocks are seeing something of a renaissance lately.

As seen in the chart, Meta’s share price has declined in line with the general financial market since the start of 2022. At  $184, the share price has declined 45.6% from the yearly open of $338.5. The share index saw a swift downward move immediately after its Q4 2021 earning report was released at the end of February. It then recovered briefly before slumping to a yearly low of $174.

Subsequently, Meta’s value gained over 18% at the end of April following the release of its Q1 2022 earning report. The company recorded a strong performance, beating market expectations albeit recording significant losses to the tune of$2.96 billion. Zuckerberg revealed that the loss incurred was necessary and part of the plan to build the metaverse over the next ten years. He said,

“While we’re focusing on the biggest opportunities and challenges of today, I think it’s important to build the foundation for the next era of social technology as well.”

Following the spike, Meta’s stock price has continued to fall gradually. However, wall street continues to be bullish on the Metaverse and the opportunities that abound in it.

A recent JP Morgan report called the Metaverse a $10 trillion industry and encouraged companies to get in early. With Meta now completing its transition, it has positioned itself to take advantage of the vast opportunities available with a substantial windfall ahead.

Do you think Meta would see regaining its status as a growth stock in the future if its metaverse plans come together? Let us know your thoughts in the comments below.