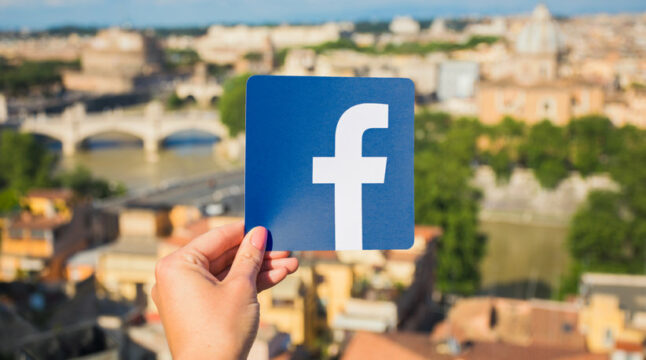 Why is Facebook Building The Metaverse In Europe and Not The US?

A tech talent shortage in the US, along with hostile regulators, has pushed Facebook to build the Metaverse in the EU.

CEO Mark Zuckerberg announced yesterday that Facebook will change its corporate name to “Meta,” to reflect the company’s growing ambitions toward building the metaverse. The move follows a series of negative stories about the company, with US officials asserting that “Facebook cannot be trusted”.

Adopting the Meta brand name is a clear indication that Facebook is aggressively pursuing the metaverse, but the company might not plan to build it in the US.

In late September, Facebook revealed it has dedicated a $50 million fund to metaverse development and expects it to arrive in the next 15 years. The company also revealed its description of the nebulous term “metaverse,” saying:

“The “metaverse” is a set of virtual spaces where you can create and explore with other people who aren’t in the same physical space as you. You’ll be able to hang out with friends, work, play, learn, shop, create and more. It’s not necessarily about spending more time online — it’s about making the time you do spend online more meaningful.”

More recently, proving its dedication to the new objective, Facebook revealed it aims to hire 10,000 people in the EU to work on the Metaverse. In the announcement, the social media giant said the need for “highly specialized engineers is one of Facebook’s most pressing priorities,” which partly describes why it might have chosen Europe over the US.

Reports reveal that the US is facing a sharp tech talent shortage. In 2020, 69% of US employers struggled to fill tech positions, while a 13% staff turnover rate in the IT sector exacerbated the problem. And the problem is not going to get resolved any time soon.

Reportedly, there were 1.4 million unfilled computer science jobs in the US by the end of 2020. Meanwhile, the number of tech graduates is only 400K a year in the country. If the number of unfilled computer science positions remains at 1.4 million, it will take three and a half years for the US to graduate enough tech students to fill those positions.

However, considering that digital assets continue to burst in popularity, soon businesses might decide to adopt them as a payment gateway. This could easily double and triple the total number of unfilled tech positions.

On the other hand, the EU is trying to boost computational thinking, coding, and digital skills among its citizens by launching online events and a number of schemes. For instance, the European Commission holds EU Code Week every year intending to raise coding awareness.

Facebook’s Low Credibility In US

In the past few years, Facebook has been involved in several scandals relating to user privacy and the mishandling of sensitive data. This has prompted US officials to scrutinize the social media giant over its business model and not to trust it when it comes to managing the payment system.

When the company launched Libra with the aim of building a global financial system back in 2019, it attracted extensive regulatory backlash and eventually failed. After dropping its Libra project, Facebook announced Diem, but it this project is also suffering under the shadow of the company’s bad reputation.

US Senators even criticized Facebook when it launched a pilot program for its digital wallet Novi, which does not integrate Diem and merely supports a stablecoin. Following the launch, Senator Elizabeth Warren and four of her colleagues sent a letter to CEO Mark Zuckerberg.

“Facebook is once again pursuing digital currency plans on an aggressive timeline and has already launched a pilot for a payments infrastructure network, even though these plans are incompatible with the actual financial regulatory landscape.  Facebook cannot be trusted to manage a payment system or digital currency when its existing ability to manage risks and keep consumers safe has proven wholly insufficient.”

The fact that US Senators believe Facebook “cannot be trusted to manage a payment system” could also offer some explanation for why the company is opting for Europe over the US for Metaverse development.

Metaverse Jobs On The Rise

Back in June, The Tokenist reported that demand for top talent in the crypto industry is soaring. At the time, crypto exchanges were “hiring aggressively,” while top fintech firms were also looking for accomplished talents within the industry.

Now, as companies compete to build the visionary, virtual world of the metaverse, they will struggle to find suitable candidates. Aside from Facebook, which requires 10,000 people to work on its metaverse arm, other prominent technology companies like Microsoft Corp, NVIDIA Corp, and Robolox Corporation are also looking to hire metaverse talent.

According to GlobalData findings, there are currently more than 270 active jobs related to the metaverse. Ajay Thalluri, a business fundamentals analyst at GlobalData, said:

“Noticeable increase in active jobs since June 2021 indicates growing need for talent but job closures remain relatively low. Companies listing jobs seem to be facing a talent crunch for the trending high-skilled jobs. In September 2021, there were 250 active jobs around metaverse but only 48 job closures.”

However, since the metaverse is still largely a vision, even top companies like Facebook could find it hard to find talent with direct experience in the field. Therefore, they might have to recruit candidates with coding, dApp, and game developer experience.

How long do you think it might take for Facebook to develop the metaverse? Let us know in the comments below.