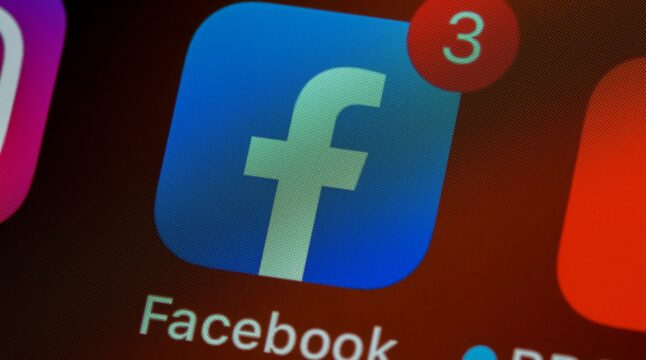 Considering Facebook's failures around user privacy, officials are reluctant to trust it with Novi.

Senator Elizabeth Warren, along with four of her colleagues in Congress, have criticized Facebook for launching Novi, its digital wallet platform. The members of Congress have asked Facebook to “immediately discontinue” the program, asserting that they can’t trust the company “to manage a payment system”.

Considering Facebook has a history of failures in ensuring its users’ privacy, regulators are concerned about whether it can be really trusted with a cryptocurrency wallet and facilitating payments.

Novi Wallet Has US Regultors Spooked

On Tuesday, Facebook launched a pilot program for its digital wallet Novi in the US and Guatemala. As part of the program, a limited number of users are able to trade Paxos Dollars (USDP) with zero fees. Coinbase, the leading crypto exchange in the US, is providing Novi with crypto custody services.

However, soon after the launch, five US senators took aim at Facebook and urged the company to cease the rollout of its digital wallet. Elizabeth Warren and four other Democratic senators, including Brian Schatz, Sherrod Brown, Richard Blumenthal, and Tina Smith, expressed their concerns regarding the move. In a letter to CEO Mark Zuckerberg they said:

“Facebook is once again pursuing digital currency plans on an aggressive timeline and has already launched a pilot for a payments infrastructure network, even though these plans are incompatible with the actual financial regulatory landscape.

Facebook cannot be trusted to manage a payment system or digital currency when its existing ability to manage risks and keep consumers safe has proven wholly insufficient.”

It is worth noting that Novi does not integrate Diem, Facebook’s controversial cryptocurrency. Instead, it simply incorporates Paxos Dollars (USDP), a dollar-pegged stablecoin backed by Paxos Trust Company, which is a regulated blockchain infrastructure platform. Lawmakers have been swift to shut down the pilot because of Facebook’s involvement and their mistrust of stablecoins.

Facebook first announced the launch of its cryptocurrency, which was then called Libra, back in 2019. It claimed that Libra would help build a global financial system that could be used by everyone in the world. However, the project was subjected to regulatory backlash and eventually failed.

Facebook Could Be Set To Rename Itself As US Userbase Declines

According to The Verge claims Facebook wants to change its name next week, citing a source familiar with the matter.

The publication has noted that the rebranding will be undertaken to reflect Facebook’s focus on building the metaverse. As reported by The Tokenist, Facebook has dedicated a $50 million fund to help in developing the metaverse. Notably, Facebook already has around 10,000 employees working on augmented reality (AR) and virtual reality (VR) devices.

Nevertheless, the privacy issues surrounding Facebook have also impacted its users. Data reveals that Facebook’s current daily active user growth rate is around 7.8% year-on-year, down from 12.9% in 2018.

A recent report by WeRSM (We are Social Media) also reveals that Facebook’s daily active users in the US and Canada have been in decline since Q3 2020. Considering the majority of Facebook’s revenue comes from the US and Canada, this could be bad news for the company.

Low Credibility Due to Recent History

In the past few years, Facebook has been embroiled in a number of scandals surrounding how it uses its users’ personal data. In 2018, Facebook acknowledged it had mishandled data from over 80 million users, leading to political data-analytics firm Cambridge Analytica harvesting the data improperly. Cambridge Analytica later deployed this data in political campaigns to create targeted ads.

Consequently, in 2019, the Federal Trade Commission (FTC) fined Facebook $5 billion over the incident — the largest ever fine imposed by the consumer protection agency. “Despite repeated promises to its billions of users worldwide that they could control how their personal information is shared, Facebook undermined consumers’ choices,” Joe Simons, Chairman at FTC, said at the time.

Moreover, Facebook has been recently under fire by a whistle-blower. Sophie Zhang, a former data scientist at the company, claims documents she gave to the press show Facebook “knows its platforms are used to spread hate, violence, and misinformation,” but instead of coping with those issues, the company tries to hide evidence. She added:

Zhang has also warned that Facebook harms children. Prior to that, a leaked internal investigation revealed Facebook was aware of how its Instagram app harmed the mental health of teenagers, particularly teenage girls. Slides from the investigation declared:

“32% of teen girls said that when they felt bad about their bodies, Instagram made them feel worse.

Teens blame Instagram for increases in the rate of anxiety and depression. This reaction was unprompted and consistent across all groups.”

Do you think Facebook will be able to convince regulators and resume their cryptocurrency project? Let us know in the comments below.