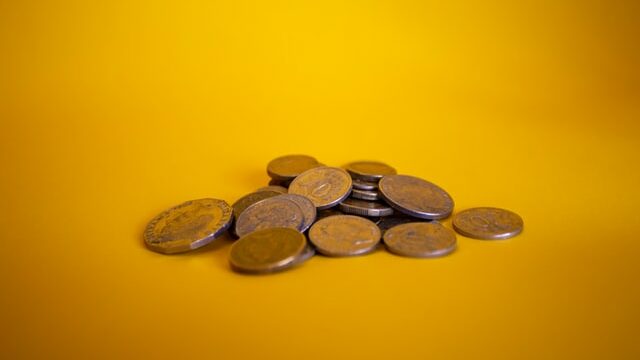 As of H1 2021, stablecoins - USDT, USDC, and others - made an impressive transaction volume of nearly $3 trillion.

This decade could be the most important one in mankind’s monetary history. The devil will be in the details – who controls stablecoins, who controls CBDCs, and what kind of CBDCs can be launched?

Stablecoins – Pegged to USD but Outside the Fed’s Bounds

Stablecoins are tokenized fiat currency. They exist as a crypto adoption bridge between the blockchain space and traditional finance. In a world in which one would not need fiat currencies to pay taxes and groceries, their purpose would be more a question of convenience rather than necessity.

After all, if everything was crypto-based, the problem of volatility could be solved by a stablecoin collateralized by other cryptocurrencies, such as Dai (DAI). This way, there would be a leveled price framework for products and services.

The biggest issue that stablecoins represent in the current monetary system is two-fold. 1. They threaten government monopoly over money issuance, and 2. Their potential to gradually replace national currencies. This is arguably why Facebook’s Libra, now Diem stablecoin, received such stiff opposition from the US politicians and regulators, especially with Facebook already wielding the power it does.

So much so that the chief Diem economist, Christian Catalini, stated that Diem will be phased out once the Fed launches its own CBDC – Central Bank Digital Currency.

The implication of this tweet is telling. If anyone would have encroached on the Fed’s money monopoly, it would’ve been Facebook with its effectively infinite budget to develop the stablecoin. Yet, it was halted in its tracks, now only an interim stablecoin waiting for a CBDC to show up.

In the words of Treasury Secretary Janet Yellen, regulators need to “act quickly” to regulate stablecoins. Both the SEC Chair, Gary Gensler, and the Fed Chair, Jerome Powell, are in agreement. At the end of September’s House Financial Services Committee hearing, Powell revealed his stance in more precise terms, saying that:

Soon, he corrected himself, noting that CBDCs and cryptocurrencies/stablecoins are not mutually exclusive.

“I immediately realized that I’d misspoken there,”

Powell to US House Representatives on September 30, making it clear there is “no intention to ban” either stablecoins or other cryptocurrencies.

However, Powell did make it clear regarding stablecoins that:

“…if they’re going to be a significant part of the payments universe…then we need an appropriate framework, which frankly we don’t have.”

Within this regulatory space lies the fate of stablecoins, closely tied to the type of CBDC to be launched.

McKinsey Report on CBDCs and Stablecoins

On October 11, 2021, McKinsey explored this shaky coexistence between CBDCs and stablecoins. McKinsey & Company is one of the world’s three most prestigious management consulting companies, founded way back in 1926. Together with Boston Consulting Group and Bain & Company, the “Big Three” are commonly referred to as MBB.

In other words, it is well worth noting how they see the upcoming clash between CBDCs and stablecoins play out. To begin with, as of H1 2021, stablecoins – USDT, USDC, and others – made an impressive transaction volume of nearly $3 trillion.

At the same time, 90% of the world’s central banks are in some stage of CBDC development, with China’s digital yuan ahead of everyone else.

However, just as CBDCs could be used for social engineering, private stablecoins could also be used to give companies that control them the ability “to aggregate and monetize large sets of behavioral data on private citizens“. Accordingly, CBDCs can be developed following entirely different approaches. For instance, the Chinese digital yuan (e-CNY) relies on commercial banks to create and maintain client CBDC accounts/wallets.

On the other hand, Eastern Caribbean CBDC would tap directly into the central bank. This dichotomy between FedAccounts and a tokenized digital dollar had already been a subject of discussion in the US Congress. The European Central Bank (ECB) has a different approach still, proposed to employ permissioned blockchain networks run by licensed financial institutions.

The fourth CBDC model would be what most people understand as digital cash – anonymous fungible tokens – just as physical banknotes allow anonymity now. Philip N. Diehl, current President of U.S. Money Reserve, as well as former Director of the U.S. Mint and the Chief of Staff of the U.S. Treasury Department, agrees with the last CBDC model.

CBDCs Waiting for a “Leapfrog” Event?

Due to an already crowded space of digital currencies, McKinsey analysts see the CBDC launch as muted in developed nations with saturated financial infrastructure. In contrast, developing nations could suddenly adopt them, similar to how M-Pesa rapidly spread throughout Africa as a digital payment system via SMS messages.

This may explain why the Fed is still reluctant to issue the digital dollar. Instead, a privately-minded, but well-regulated stablecoin, could prove to be more beneficial. However, for that to happen, the regulatory framework will need to be more complex. A CBDC would only be under the Fed’s auspice, while stablecoins would have to be regulated not only across multiple agencies but across national borders.

In conclusion, McKinsey notes it is too early to tell which way regulations will travel, in addition to the problem of CBDCs gaining traction when launched.

“… the equivalent of just over $40 million in Chinese digital Yuan has thus far been distributed by lottery, and the People’s Bank of China has reported around 70 million transactions since the launch of its limited multicity pilot in January 2021. While this represents a solid proof of concept, it compares with over two billion monthly active users reported by China’s largest digital technology payment providers WeChat Pay and Alipay.”

However, once Visa’s Universal Payment Channel (UPC) is deployed, exchanging digital currencies, be they crypto or CBDCs, should become a matter of course.

As one would expect, the world’s preeminent whistleblower, Edward Snowden, is not too happy about the prospect of CBDCs. In his Substack post, Snowden emphasizes something that The Tokenist also covered previously. If a CBDC is launched as anything else other than the fourth model – digital cash – it is not digital money per se.

Rather, a CBDC would be a “perversion of cryptocurrency“, putting the central bank at the front of every transaction one makes. Instead of a distributed ledger, it would be a “ledger-of-State”. Snowden posits that, while it would make money auto-taxable, it would also make it so that people wouldn’t own money as such. After all, if CBDCs create market conditions on the extreme opposite end of the “free market”, it would primarily be a social and surveillance management tool.

Snowden cites Christopher J. Waller, the current member of the Federal Reserve Board of Governors, who wrote in August that digital payments are already in place thanks to the division of labor between commercial banks and the Federal Reserve.

In other words, both Snowden and Waller believe that CBDCs would become an unnecessary liability. However, Snowden believes that the commercial banking sector is not to be lauded for its existing service but should be replaced with decentralized finance entirely because it is:

“there is almost nothing a bank can do to provide access to and protect your assets that an algorithm can’t replicate and improve upon.”

Do you think politicians and regulators will reverse course after the launch of CBDCs and actively try to impose China-style crypto bans? Let us know in the comments below.