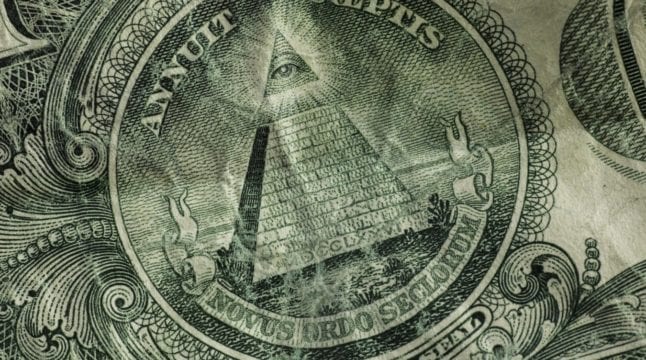 Making things streamlined and efficient often carries heavy baggage that reveals itself when it's too late.

Real-world power draws its strength from monetary control. CBDCs represent a key component in tightening that control. Whether or not it will eventually expand into other areas of life, remains to be seen.

In a long-anticipated development, CBDC – Central Bank Digital Currency – is making its first practical steps to reality in the US. This Monday, the Digital Dollar Project nonprofit announced it will run five pilot projects over the course of one year. In cooperation with and funded by Accenture Plc, these pilot programs will test CBDC across chains of retailers, NGOs, and financial institutions, similar to tests already conducted with the digital yuan.

Befitting this ambitious endeavor is none other than Accenture – a global leader in providing consulting on strategy, logistics, and digital technology. Accenture Plc (ACN) has a market cap of $185 billion, half a million employees over 120 countries, servicing three-quarters of Fortune Global 500 companies. More importantly, Accenture had already been involved with CBDC projects for France, Canada, and Singapore. Likewise, the Digital Dollar Project is headed by Christopher Giancarlo, former CFTC Chairman.

The last time The Tokenist covered Giancarlo’s efforts to digitize the world’s reserve currency was last June, when he virtually testified before the Financial Services Committee’s (FSC). At the time, the debate was not whether to introduce CBDC, but in what form – digital dollar token vs. FedAccounts. The latter would give retailers the access to open an account with the Federal Reserve, just like commercial banks have now.

If you’ve been paying attention, you might be wondering what difference the digital dollar would make to its current status? After all, don’t we refer to “money printing” all the time as the Fed increases its money supply by entering digits in a computer in order to buy more Treasury bonds?

Also, the fact that FedAccounts was even considered infers to its current digital nature. Yes, all of that is true, as demonstrated by unprecedented M1, M2, and M3 money supply measures since last year.

For all intents and purposes, less than 10% of USD exists as physical cash notes we are all too familiar with. In fact, USD bills themselves started their issuance as collateralized notes for gold equivalence, which ended in 1934. Since it became untethered from gold, as USD slowly transitioned into digital numbers represented by internet banking, payment processing apps, and credit/debit card payments.

However, a tokenized dollar is a significant step forward from simply being a digital Fed record. By becoming tokenized, USD would free itself from friction layers – settlement times and transaction fees as it moves around between commercial banks and payment processors, be that Visa, SWIFT or PayPal. Such mediators would no longer be relevant.

Think of it this way:

Of more concern is that the government doesn’t want to be outcompeted by the private sector in the form of cryptocurrencies. In effect, a tokenized dollar would become M0 money, ushering in a fully cashless society in which all your finances would be conducted via your phone’s app, contactless cards or QR codes.

How Will CBDCs Impact the Crypto Space?

In the upcoming two months, three of the five CBDC pilot projects will launch. The data gathered will be released publicly and combined with the Fed’s existing cooperation with the Massachusetts Institute of Technology (MIT) on CBDC feasibility. According to Giancarlo, the goal is to generate CBDC’s real-world impact data:

“There are conferences and papers coming out every week around the world on CBDCs based on data from other countries,” … “What there is not, is any real data and testing from the United States to inform that debate. We’re seeking to generate that real-world data,”

While it is safe to say a CBDC will help the unbanked and make everything more efficient and reduce fees, its impact on cryptocurrencies depends entirely on political directives. Without a doubt, CBDC is a superior method of control, as a transparent dollar token which can be traced to your every activity.

On the other hand, some cryptocurrencies are a truly sovereign money as they are decentralized and can be made private. Therefore, by themselves, CBDCs cannot threaten crypto appeal unless direct measures are taken to cut off the interface junctures between crypto and fiat. This could take the following form, for example:

In a nutshell, CBDC can act as a powerful financial blacklisting. Considering that not a single member of the ruling class, from Bill Gates and Munger to central bankers, like cryptocurrencies, this may be the direction things are headed.

Just have a look:

Do you think Wall Street’s heavy investment in Bitcoin will prevent policy makers from de-platforming Bitcoin? Let us know in the comments below.