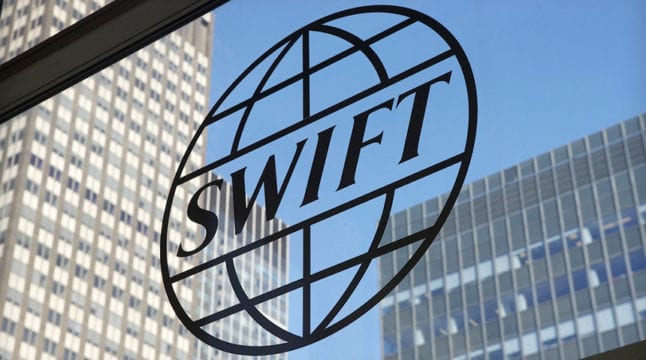 As Swift, the critical interbank payments network, delays implementing ISO 20022 messaging standard, the European Central Bank (ECB) decided to intervene. The ECB has now stepped in and instructed SWIFT to introduce measures needed to lessen the occurrence of potential problems.

If you issued an international financial transaction in the last half a century, you have almost certainly used the SWIFT network. Founded in 1973, in Brussels, SWIFT – Society for Worldwide Interbank Financial Telecommunication – is vital for international finance:

Unfortunately, this global financial infrastructure that makes cross payments feasible decided to postpone its implementation of the new ISO 20022 messaging system on May 8th, to the surprise of many in the Eurozone. The delay is quite long – one full year – extending the deadline to 2022. In the meantime, Stephen Lindsay, the head of SWIFT’s standards, clarified that they expect pilot testing of the new messaging payment service to commence by the end of this November.

As a result of the unexpected one-year delay, ECB – European Central Bank – will have to work closely with SWIFT in the interim period so that no space for confusion and costly errors is created. While for some banks this delay is a welcome respite, others will encounter complications as it interferes with the deployment of services dependent on the more advanced ISO 20022 messaging service.

Why do SWIFT Payment Transfers Take so Long?

It turns out, when people expect the implementation of a new standard to take place according to schedule, they form plans long ahead. In fact, the ISO 20022 format was supposed to be implemented back in 2006, but the 2008 banking crisis thwarted the attempt. Since then, the problems have only accumulated as the entire banking network infrastructure has to rely on the slow standard from the pre-fast internet era.

“Currently, it’s faster to fly money overseas on a plane, than it is to send it through an existing correspondent banking model, such as those powered by Swift. In a world where we exchange information instantaneously over the internet, it is perplexing that such a slow and antiquated process for international payments still exists.”

Having to continue to rely on the old inefficiency means that important projects will have to be put on hold:

In addition to halting these projects, the prolonged transition period will require banking institutions to implement onsite translators in order to process the surplus of data coming from the old MT standard. ISO 20022 represents a huge improvement over the MT payment system due to several factors:

Although COVID-19 introduced some hiccups into the system, neobanks such as N26 and other services are stepping in. Still however, every actor in the finance scene relies on SWIFT to be, well, swift.

Have you ever thought that the old MT payment messaging system is in dire need of a rehaul, or did you just assume that payments have to take a couple of days for verification purposes? We want to know what you think in the comments section below.