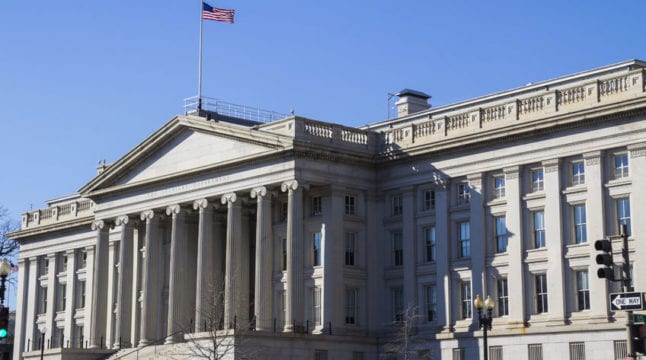 We all know about the multiple stimulus packages, but who has heard of the Treasury General Account?

It is not often noted that the U.S. Treasury too injects the economy with cash flow, on top of various stimulus packages. With a precarious economic balance such as it is, excess liquidity may yet be another trigger to make inflation worse.

Controlled Demolition of the Economy

To keep society afloat under this “new normal” and maintain the newly formed monetary dependency, the sky became the limit for the Federal Reserve, the entity with the power to create money. The Fed drastically increased the money supply under quantitative easing – buying assets to stimulate borrowing and inject the economy with liquidity. While the last $1.9 trillion stimulus bill served as a relief in the wake of economic demolition, that money was borrowed by the Treasury Department.

When Congress finalizes a budget or a bill, the Treasury fills that order by issuing IOU notes—bonds—for the Fed to buy. Then, the Fed enters more digits in the computer to increase money supply so it can buy Treasury bonds. Consequently, everyone has become familiar with the fact that the Fed created about 18% of the USD’s total money supply in 2020.

This is why Michael Saylor’s MicroStrategy started heavily investing in Bitcoin—counting on USD’s continued devaluation—thanks largely to inflation. However, there is another anomaly courtesy of the Treasury Department that is largely absent from public discourse—massive cash infusions via Treasury General Account.

TGA consists of three components that manage the flow of money between the Fed and the Treasury, all made up of a collection of global commercial organizations—banks and credit unions—having different roles:

Over the summer last year, TGA funds bloated to a new all-time-high of $1.8 trillion. Up until the 2008 Financial Crisis, the TGA balance had been holding steady under $6 billion, which constitutes TGA’s bloating within 10 years by nearly 30,000%. TGA funds gradually ramped up to this astronomic new normal, but the last March stock market crash was the turning point.

What’s the Impact of an Unusually Large TGA Balance?

Although the federal government uses TGA to fund its daily operations, only recently has the Treasury began to stockpile cash, almost matching the last stimulus bill. This is no coincidence. Every time a business or a citizen receives a government check, it is then deposited to a commercial bank which then registers it with the Fed.

In short, if TGA’s cash stockpile is lowered, banks’ reserves increase. This is what is happening now with the TGA balance going from February’s $1.6 trillion to $1 trillion as of April 7th, a 37% decrease. Because banks’ reserves lead to more lending and investments, both the Treasury and the Fed have kept it relatively low, previously.

At this rate, TGA’s balance sheet should reach $500 billion by the end of June, infusing the economy with cash on top of the $1.9 trillion stimulus. Combined together at $3 trillion, the economy will be awash with liquidity.

What’s the Impact of More Cash in the Economy?

Just like in your daily life, having cash on hand to deal with emergencies without having to borrow funds is very important. As the recent case of “Bill” Hwang’s catastrophic margin trading demonstrated, large banks too need quick access to cash for settlements. Historically, high liquidity levels portended one of two things:

According to Matt King of Citigroup, the reduction of TGA funds will triple the banks’ reserves, risking the already near-zero interest rates to go into negative.

“surfeit of liquidity and a lack of places to put it – hence the rally in short-rates to almost zero, with the risk of their going negative and the complete lack of bids in recent New York Fed repo operations”

We have already seen negative-interest rates happen with hundreds of German banks, effectively punishing people for holding funds in a bank. In turn, this could lead to a cash exodus into other assets, potentially inflating them beyond healthy market fundamentals. That is, if they hadn’t already been inflated.

Moreover, if Treasury yields in the form of bonds or inflation-protected securities decrease, the USD will be rapidly devalued, spurring higher inflation. Although the 10-Year Treasury Rate recovered in 2020, at its current rate of 1.67% it is still significantly lower than its 4.37% long term average.

This aligns with previous macroeconomic indicators for Bitcoin to reach $100k this year. Likewise, it also aligns with Michael Burry’s warnings of runaway inflation comparable to Weimar Germany. Whether this time around Bitcoin will play such a role as digital gold, only time will tell.

Over half of Americans live paycheck to paycheck. If worst comes to fruition – hyperinflation – do you think the government will implement UBI and a CBDC? Let us know in the comments below.