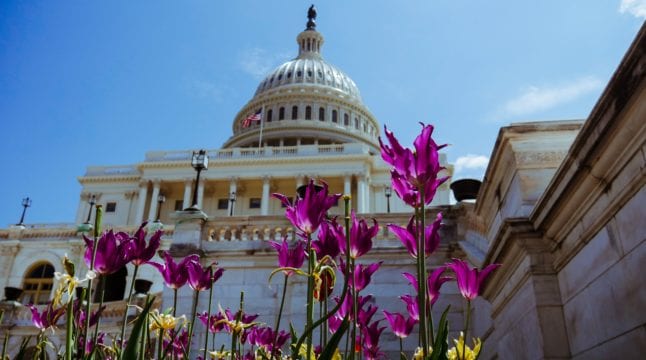 After cutting off the economic blood flow, the government’s belated relief likely leads to further inflation.

The federal government incurred tremendous damage to its citizens to fight off the pandemic. Relief packages act as a small measure of compensation. Find out what Biden’s first stimulus bill contains and how to take advantage of it.

Stimulus Packages – Serving as Both Plundering and Relief

Whenever there is a large-scale distribution of money from central bodies, one can count on significant fraud and abuse. After all, there is no reason for those with institutional ties not to leverage them. This is what happened with the first $2.2 trillion stimulus bill last March.

Within a section carved out for small business relief (PPP) worth $349 billion, about $60 billion was reserved for hundreds of non-profit organizations close to the establishment. In the end, much of the money ended up in the deep pockets of public companies, hedge funds, and those who earn over $1 million annually.

Considering how Washington crafts regular budgets, which largely serve as launching pads for special interests, it would’ve been a miracle if that hadn’t transpired. Alongside the institutional hijacking of the relief funds, their delivery highlighted the outdated system of centralized finance – banks tailoring their own rules, platform crashes, asset cap restrictions, stimulus checks themselves delivered to non-US citizens, etc.

Subsequent stimulus bills didn’t fare any better. To add salt to injury, all of this transpired as a federal response to a virus that has less than half a percent mortality rate, dangerous to those with comorbidities or close to average life-expectancy age. Now, it has become much clearer that economy-wrecking lockdowns were unnecessary, as the mainstream media starts to admit.

Likewise, there is little correlation between mask-wearing and Covid-19 cases, many of which are created as false positives, as Elon Musk experienced himself.

In the end, the “pandemic crisis” had the practical effect of historic wealth transfer from workers ($3.7 trillion lost) to billionaires ($3.9 trillion gained).

Now, with the large shadow of multi-layered falsehoods looming over us, another relief offering is at hand. Let’s see what is inside the latest stimulus package, the first one under the Biden administration.

Last Saturday, the US Senate finally passed a stimulus package bill under President Biden, worth $1.9 trillion. Passed by a very tight margin of 50-49, it will have to approved by the U.S. House and finalized next week, most likely on Tuesday. Here is what the bill contains:

If all goes according to schedule, the stimulus checks should go out by the end of the month, the week of March 29. If you are late in filing your tax returns before the bill passes Congress, in order to be assed for eligibility, the IRS will use your tax report from the previous year.

The Case for Putting $1400 Stimulus Checks into Bitcoin

Following the stimulus bill passage, Bitcoin gained 4% in value on Sunday (March 7th). Although the stimulus bill represents a relief, it also marks a continuation of the astronomic debt increase. Currently at unpayable $28 trillion, the national debt is likely to double in the next 30 years. Bitcoin is widely positioned as a hedge against inflation, which the weekend’s price bump seemingly fortifies.

Furthermore, if it seems that Bitcoin’s current price is too high as an entry into the market, let us not forget that multiple indicators point to Bitcoin’s continued bullrun. Other cryptocurrencies, serving different roles in the decentralized finance ecosystem, are also benefiting. No doubt, Bitcoin serves as the rising tide lifting all boats.

For the first time, UNI of the pioneering Uniswap protocol broke into the top 10 cryptocurrencies by market cap, up by 14% within a day.

Likewise, Ethereum continues to rise as almost all dApps are hosted on its blockchain. This is especially relevant now as NFTs – non-fungible tokens – have exploded in volume trading, by over 400%.

Although NFTs are highly speculative crypto-collectibles, they once again pave the wave for the increased usage of decentralized finance, of which NFT marketplaces are a small slice. The sensational and astronomic NFT bids, such as $2.5 million for Jack Dorsey’s first tweet, may be a social-signaling playground for the ultra-rich but it brings more people into DeFi.

As each token’s utility increases, led by Bitcoin as an on-ramp into DeFi, it is difficult to imagine a scenario in which Bitcoin, Ethereum, and other tokens will not see a rise in value. Invest accordingly.

$1400 is not much to invest in real assets resistant to inflation. However, DeFi has never existed before to be tested. Will you take the plunge?