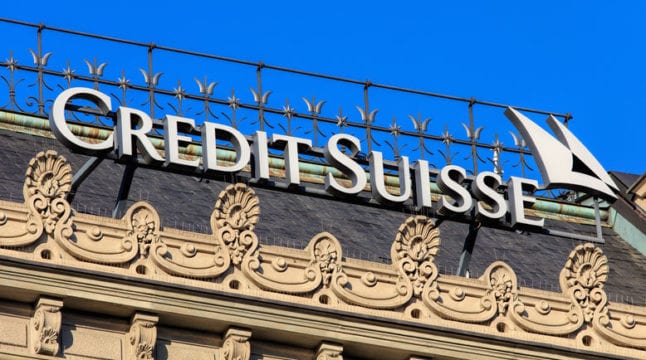 Even the world’s biggest banks have difficulty keeping track of risks involved with financial innovations like CFDs.

After “The Big Short” movie, followed by Netflix and HBO Max announcements for two movies on the GameStop saga, another contender enters the fray. “Bill” Hwang is likely to be immortalized as the most devastating trader in banking history.

Switzerland had established its global reputation with a unique blend of high culture: political stability, direct democracy, neutrality, idyllic landscapes, Swiss cheese and chocolate…However, the foremost of them all – reliable banking infrastructure – seems to be in decline this year. The largest cog of Swiss banking seems to be falling off its gear – Credit Suisse – capped at $25 billion but holding over half a trillion assets.

Over a week ago, “Bill” Hwang, previously convicted trader and the CEO of private hedge fund Archegos Capital, made a series of leveraged bets on Chinese tech stocks. Those familiar with such margin trading understand how risky it is, having the potential to wipe out your funds. And that’s precisely what happened with Hwang’s historically bad bets on at least 5x borrowed funds on top of his own $15 billion.

As a result, eight major banks – Nomura, Credit Suisse, UBS, Morgan Stanley, Deutsche Bank, Citigroup, BNP Paribas and Goldman Sachs – are in a credit exposure bind for at least $50 billion. Those most heavily hit are Japanese Nomura (NMR) and Credit Suisse (CS), as mirrored by their stock plunge.

Although Hwang’s history of risky behavior and illegal trading conviction was no secret, the prospect of squeezing an extra buck seems to have been too enticing for the world’s largest banks to miss. It’s almost as if the Financial Crisis of 2007-2008 and the subsequent bank bailouts never happened as a lesson-learning opportunity.

Recovering from the losses incurred by its relationship with Hwang, as of today, Credit Suisse summed up the fallout with the following statement:

While CS managed to collect $50 million out of $140 million loaned, the much larger fallout lies in CS’ clients – investors, pension funds, and treasurers – staking $10 billion in the busted company. CS CEO Thomas Gottstein promised that lessons will be learned:

“In combination with the recent issues around the supply chain finance funds, I recognize that these cases have caused significant concern amongst all our stakeholders. Together with the Board of Directors, we are fully committed to addressing these situations. Serious lessons will be learned…”

Hopefully, one of those lessons will not rely on simply switching personnel but focusing on the incentive structure that made the bank so thirsty for Hwang’s margin trading commissions. More importantly, they should look into managing the risk for “total return swaps”. This financial instrument allowed Hwang to cover his enormous stakes without alarm bells ringing, according to people familiar with the situation.

Total return swaps, which are very similar to contracts-for-difference (CFDs) trading has gained massive popularity in the derivatives and forex markets due to its flexibility. For a fee, traders can leverage popular CFD trading platforms to receive cash dependent on the underlying asset performance – settlement price differential between the opening and closing positions – but without owning any assets. If the performance is negative, traders have to pay the bank.

Because CFDs disguise the real size of positions, they are considered risky OTC (over-the-counter) derivatives. Predictably, as Hwang dealt largely in CFDs, the banks had failed to realize the risk until it was too late—and Hwang’s disastrous bets had already been finalized.

CFD trading appeals to many day traders because they don’t have to buy the underlying assets. Have you dabbled in it with positive or negative outcomes? Let us know in the comments below.