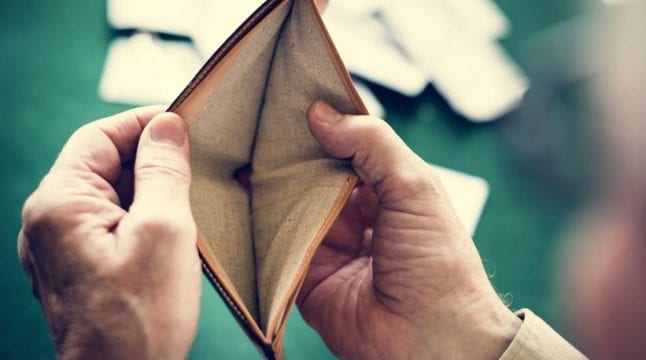 A staple of day trading, leveraging your stock bets can reap great profits. This is an example of a catastrophic one.

By borrowing funds from banks and leveraging them against multiple Chinese tech stocks, the head of Archegos Capital single-handedly upturned the stock market. With the economy fragile as it is, this could prolong the recovery, even more so than Jerome Powell forecasted.

When hedge fund managers act like novice day traders, consequences are felt throughout the financial world. The New York-based, family-owned, hedge fund Archegos Capital Management, headed by Korean “Bill” Hwang, lost its leveraged positions of $15 billion on a collection of over $80 billion worth of bets on March 26th. These 5x – 6x leveraged positions were largely Chinese high-growth tech stocks:

These three are just some of Hwang’s investments in tech stocks that failed to pan out. Interestingly, he opened the leveraged positions at their peaks, picking the worst timing possible. It’s almost as if Mr. Hwang forgot about the basic concepts of technical analysis, i.e., the proper way to assess the market entry point.

As a result of his reckless margin trading that liquidated $80 billion worth of his portfolio, the banks serving Archegos Capital Management as a client will suffer major downfall this quarter. Among them, Tokyo-based Nomura (NMR) and Zurich-based Credit Suisse (CS) banking conglomerates, had already reported significant losses today, after Hwang defaulted on his margin trades in Chinese tech stocks. As of now, NMR and CS shares have dropped by 19% and 14% respectively, wiping out billions of their market caps.

After being downgraded last Friday, American companies Discovery (DISCA) and ViacomCBS (VIAC) have plunged towards rock bottom. However, the financial underpinning of their fall is also tied to Hwang’s bets. They were engaged in so-called “block trades”, right alongside Tencent and Baidu. Altogether, these block trades account for nearly $20 billion.

Block trades serve as a financial mechanism outside the open market in order to maintain stock price stability. This time, they were extraordinarily large. Now that Hwang’s liquidation emerged into the public spotlight, they were a consequence of the selling pressure spurred on by Archegos’ lenders.

Outside of Nomura and Credit Suisse, Goldman and Morgan Stanley were also involved in the topping of Hwang’s credit to make these devastating bets.

Who is “Bill” Hwang?

Goldman Sachs, one of the banks that bankrolled Hwang’s ill-conceited wagers, was the same one that had previously blacklisted him. In 2011, the SEC charged Sung Kook “Bill” Hwang for insider trading, to which he pleaded guilty. The fraud in question involved illegal trading of Chinese bank stocks – China Construction Bank Corp and Bank of China Ltd.

His plea deal, which included his culprit Raymond Park, meant they had to pay $44 million in criminal settlement. At the time, Hwang was in charge of NY-based Tiger Asia, an offshoot of Tiger Management, run by Julian Robertson, known as the fund guru. He funded Hwang with an initial capital of $25 million.

Up until the insider trading incident, Hwang had averaged about 40% return on investments. In the meantime, he had managed to grow his private hedge fund to $15 billion, all gone now. After the dust had settled and Hwang reemerged with Archegos Capital, it appears that Goldman and other banks saw fit to un-blacklist him.

One has to wonder if the financial world is truly that small to risk financing convicted insider traders, or if such offenses are deemed the cost of doing business? Share your thoughts in the comments below.