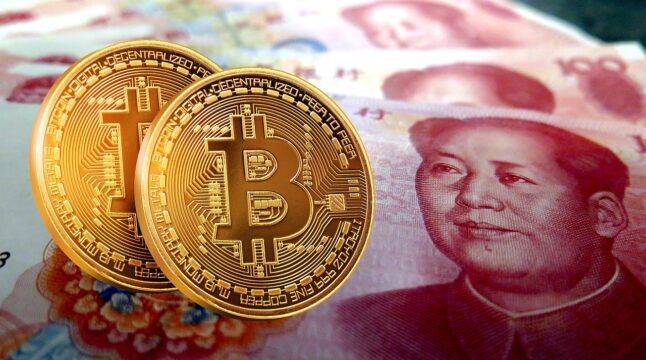 China is fast-tracking the rollout of its e-currency, with 139 million people having now used its digital yuan app.

While there is no official launch date yet, the digital yuan is expected to be the first major central bank digital currency (CBDC) to be rolled out. After almost seven years of research into digital currencies, China is finally fast-tracking the broader rollout of its e-currency.

When the People’s Bank of China (PBoC) published its e-CNY whitepaper, it was evident the PBoC has accelerated its plans to test the newly-launched e-CNY wallet. The bank held a handful of trials in major Chinese cities, such as Shenzhen, Beijing and Shanghai, where it tested e-wallet functionality and enabled the use of the digital yuan on a number of online apps. This is in contrast to El Salvador’s attempt to launch a nationwide Bitcoin wallet, which has been plagued with bugs and errors since its launch.

Now, almost two months later, China has made its digital yuan mobile app accessible to around 10% of the country’s population. This broadened access comes as the result of a recent collaboration between the People’s Bank of China and Meituan, a Chinese shopping platform.

Courtesy of this collaboration, almost all residents in nine major Chinese cities can now feasibly download the digital yuan app and start using it. In comparison, just a couple of weeks ago, the digital yuan trial was limited to specific jurisdictions, including Suzhou, Xiong’an, Chengdu, Shenzhen, and the 2022 Winter Olympics venues in Beijing and Zhangjiakou.

Furthermore, the app has recently added new features: programmability through smart contracts and what is known as sub-wallets, which facilitate online digital currency payments to participating merchants. The smart contract feature is nothing unexpected, as the PBoC had previously detailed in its e-CNY whitepaper.

Sign up to our Telegram group and stay ahead of the curve.

Digital Yuan Will Face Competition From Alipay and WeChat Pay

China’s central bank, along with other technology giants, are developing some quirky-looking gadgets, ranging from bracelets, wristbands and smartwatches – all of which would support the digital yuan wallet. Arguably, the country is aiming to impress Chinese citizens, as well as tourists that visit during the Winter Olympics next year, to encourage the adoption of the digital yuan.

However, considering Chinese residents are used to making daily transactions using Alipay and WeChat Pay, this could be a challenge. Mentioning this, Chen Ling, a 26-year-old staffer at a booth selling Palace Museum’s souvenirs, said:

“People are already so used to WeChat Pay and Alipay, so many are reluctant to get digital yuan all of a sudden. Even though it is more convenient than those when you are using it because of its simpler and easy to use app interface design.”

However, there are people that, for some reason, prefer to use the digital yuan once it is fully launched. Hao Xiujie, a 45-year-old resident of Beijing city, said they waited around 20 minutes to sign up for an e-yuan account and use it:

“I’ve always wanted to try the digital yuan and experience how different it is from Alipay and WeChat Pay, after seeing it so much on TV. It’s really easy to use, whether it’s paying or topping up.”

China started exploring digital currencies back in 2014, at a time when few had even heard of cryptocurrencies and Bitcoin. Other countries didn’t even enter the global race to launch CBDCs up until 2020 when crypto adoption took the world by storm. Nevertheless, courtesy of China’s first mover advantage, the country is years ahead of other major countries.

By late 2020, Russia was one of the first major countries to recognize a need for its own CBDC. In October 2020, Russia’s central bank announced it was exploring the possibility of launching a digital ruble. Around late May 2021, Russia unveiled plans to release a prototype of its digital ruble by the end of 2021.

While there was news about a digital euro in late 2020, the European Central Bank (ECB) didn’t take any practical steps until this year. In mid-July, the ECB announced the launch of the “investigation phase” of the digital euro project, which is expected to last for 2 years.

In the US, two efforts are underway to investigate the creation of a digital dollar. The Digital Currency Initiative (DCI) is working with the Federal Reserve Bank of Boston on research to create a hypothetical CBDC. DCI, a research community at the MIT Media Lab, claims it has “been investigating the steps necessary to securely and responsibly issue a CBDC since 2016.”

Besides DCI and the Boston Fed, the non-profit Digital Dollar Foundation and consultancy Accenture Plc are also collaborating on a digital dollar project. Reportedly, the project aims to launch five pilot programs over the next year to test the potential uses of a digital dollar.

Do you think the US would be able to launch a digital dollar soon enough to compete with the digital yuan? Let us know in the comments below.