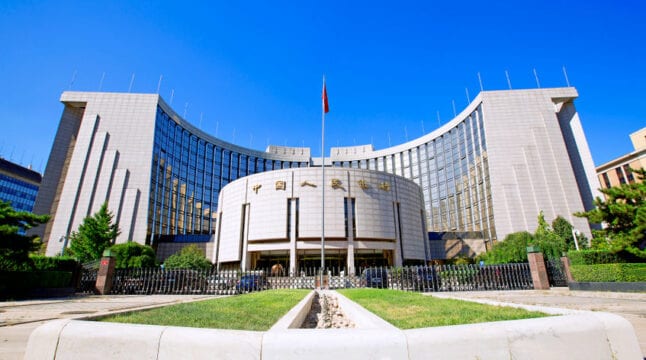 As a first impression, it appears that e-CNY aims to oust other digital assets - including stablecoins.

Recently, the People’s Bank of China (PBoC) published a whitepaper which provided an update on the country’s central bank digital currency. The paper dives deep into describing various stages of the digital currency’s development, starting with how PBOC initiated a task force dedicated to the creation of a CBDC in 2014 and continued up to covering its most recent developments.

There are three key takeaways from that whitepaper—and project on the whole—that can help us further understand the impacts of CBDCs on the world’s economic landscape.

Whenever a country or a central bank announces its plans for launching a CBDC, a pivotal question arises: what issue(s) would that CBDC tackle?

Now, looking at China, it turns out that countries are primarily developing CBDCs to offer them as an alternative to digital assets and in particular, stablecoins. This can be derived from examining China’s incentives to create a CBDC.

The PBoC takes the whitepaper to name a number of problems regarding cryptocurrencies and stablecoins. It states:

While the paper does not specifically state that China’s CBDC aims to replace cryptocurrencies and stablecoins, the implication is quite clear. The paper states a number of ‘problems’ with digital assets while emphasizing how China’s digital yuan doesn’t feature those same problems.

Moreover, this avenue of thought is not only dominant among Chinese policymakers, US officials share this mindset too. Just recently, Federal Reserve Chair Jerome Powell asserted that one of the stronger arguments for the U.S. to set up a CBDC is that it could gouge the need for cryptocurrencies and stablecoins.

Join our Telegram group and stay up-to-date on all things DeFi, crypto, and FinTech.

2. CBDCs Can Be Much More Than Just Digital Money

Prior to this whitepaper, it was commonly believed that CBDCs would be largely beneficial because they enable faster and easier transactions worldwide. However, China has brought a new use case for this type of government-based digital money: programmability through smart contracts.

The PBoC wrote in the whitepaper:

“E-CNY obtains programmability from deploying smart contracts that don’t impair its monetary functions. Under the premise of security and compliance, this feature enables self-executing payments according to predefined conditions or terms agreed between two sides, so as to facilitate business model innovation.”

While smart contracts are nothing new, this feature in the digital yuan suggests that China strives to be innovative. This is even better when thinking about its impact on other countries, as they will also need to bring innovations in order to stay competitive.

But, there are potential dangers here as well.

China doesn’t have the best reputation across the globe given its strict population control measures and what many are now referring to as a ‘surveillance state’. The programmability found within smart contracts could certainly be used to closely monitor financial activity.

Many hold that CBDCs are a disaster for user privacy. The governments can use CBDCs to easily track, monitor, and record every single detail of their citizens’ financial background.

Knowing that privacy is a major issue associated with CBDCs, China’s e-CNY whitepaper touches upon this subject. The PBoC does not reject that e-CNY would trace transactions, but rather paraphrases such activity as “managed anonymity.”

The whitepaper explains such “managed anonymity” this way:

“[The] e-CNY follows the principle of ‘anonymity for small value and traceable for high value,’ and attaches great importance to protecting personal information and privacy.”

It is no secret that China has a controlling government. The country has a record of controlling the internet, the news, and even tech companies. Considering this particular situation, what would stop the government from controlling and tracing transactions?

This same idea extends to all governments. Historically, we have seen that governments with centralized control tend to, at times, apply double standards and even favor a limited list of corporations over others in an unfair manner.

Bearing all of this in mind, the issue of privacy will continue to remain as CBDCs continue to develop—which is perhaps the biggest takeaway from China’s e-CNY.

Do you think e-CNY would witness international adoption? What is your key takeaway from China’s e-CNY whitepaper? Let us know in the comments below.