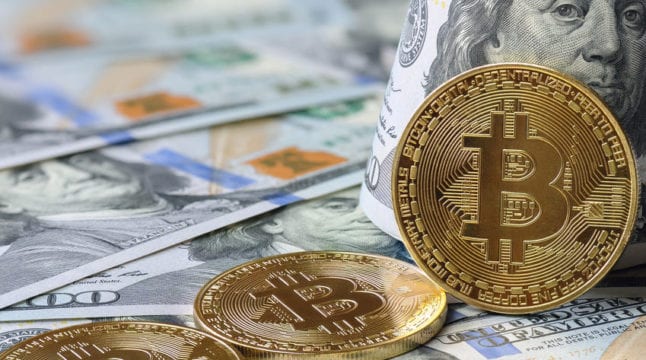 Bitcoin saw a 270% price climb since March. But the significance lies in a different trend.

It seems it is not a coincidence that Bitcoin thrives in the darkest of times. Although Bitcoin followed March’s market crash, its halvening in May spurred a record number of institutional investors. As more investors realize that the Fed is the stock market’s lifeline, we may still be in the initial stage of Bitcoin’s ongoing bull run.

If there is one way to best describe the year 2020, it is the following: when it rains, it pours. The year started with governments wholeheartedly embracing never-before-tried measures to tackle the negative impact of COVID-19. Other nations that ignored economic-harming measures and continued life as normal, such as Sweden, seemingly avoided any extraordinary trouble caused by the pandemic.

In the United States however, government intervention has come at an economic price. Much of 2020 can be captured through the following hardships:

Such an abruptly devolving situation caught many off guard, as even before the pandemic 78% of American workers lived paycheck to paycheck. As a result of this historic culling, we have witnessed a remarkable transfer of wealth, from over $200 million lost in small businesses to over $243 million gained by America’s largest corporations (just their founders/CEOs alone).

Because or despite this calamitous downpour, 2020 was by far the best year for Bitcoin (BTC). In fact, one could’ve hardly predicted so many broken barriers in such a short time span. It is becoming increasingly clear that Bitcoin is perceived as a safeguard against everything.

Powered “only” by the internet, deflationary protocols and unbreakable cryptographic math, Bitcoin exists outside of the Fed, outside of the stock market, and outside of cumbersome gold. Riding on this momentum, Bitcoin is pushing institutional adoption like never before. Here are a few highlights:

As you can see, institutional Bitcoin investment is spreading like wildfire, across all types of businesses and financial institutions. Now more than ever, many want a piece of the digital money pie. Accordingly, if the buyer demand outpaces its current valuation, Bitcoin’s likelihood of exponential growth increases.

Bitcoin Stepped Over a Critical Threshold in 2020

Overall, since its 12-month low in March, represented by the stock market crash, Bitcoin experienced a 270% price climb. We have many factors to thank for this: May’s Bitcoin halving, pandemic-induced dissolution of trust in the central monetary system, hodler trend, DeFi maturation, and a few large institutional investors triggering an avalanche of other investors.

These giant institutional investments in Bitcoin may be impressive, but we see the starkest inversion of attitudes from the banking sector. Since Bitcoin’s launch, big banks were dismissive of the cryptocurrency. Now, top-tier bank analysts from JPMorgan Chase not only forecast Bitcoin as a gold substitute, but also project that recent institutional investments, MicroStrategy and MassMutual, are likely to spur more billions.

All of this signifies a massive shift in Bitcoin perception. We can now safely say that Bitcoin completely erased its stigma as shady money from the Silk Road days. Nonetheless, gold traditionalists such as Peter Schiff are still using outdated frameworks to view Bitcoin:

“Since @michael_saylor made the mistake of publicly announcing his $650 million Bitcoin buy in advance, traders can buy first, pushing up the price of #Bitcoin now so they can sell later at a higher price, potentially leaving Microstrategy shareholders as the ultimate bagholders.”

Without a doubt, gold shares the same boat as Bitcoin during the post-covid turmoil. But we may soon see Bitcoin jumping onto a jet speedboat, leaving gold behind to paddle on its own.

Given the unforeseen adoption Bitcoin has experienced in 2020, what do you think 2021 looks like? Let us know in the comments below.