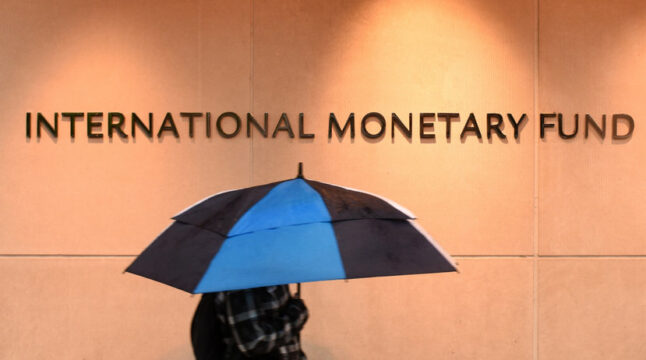 In the last two years, major financial institutions have released their outlooks on the blockchain ecosystem, from decentralized finance (DeFi) protocols to the Metaverse and NFTs. After JPMorgan and Bank of America had their say, the International Monetary Fund (IMF) issued its Global Financial Stability Report.

The most recent release is Chapter 3: The Rapid Growth of Fintech: Vulnerabilities and Challenges for Financial Stability which goes in-depth on the global body’s approach to DeFi and FinTech.

What is the IMF?

On the heels of the new international monetary order, forged at Bretton Woods in 1944, IMF was created as one of its regulators. Back then, its primary purpose was to monitor and facilitate exchange between member states, as their currencies were pegged to the dollar. As the organization grew to 190 member nations, IMF’s role expanded into global economic surveillance, nation-lending, modernizing, and stabilizing members’ economies.

Over time, this led to much criticism and controversy. Case in point, a study conducted by Nathan Jensen at the Washington University in St. Louis showed that:

“My analysis of economic trends in 68 countries over nearly three decades shows that countries signing IMF agreements attract about 25 percent less foreign direct investment than countries not under IMF agreements,”

In other words, IMF’s involvement in a nation’s financial affairs tends to serve as a signal to investors to back out. Overall, there is very little evidence that the IMF’s long-term involvement has a positive impact on the country’s development, which is the purported goal of the organization.

Additionally, IMF’s cryptocurrency view was already on display when the organization urged El Salvador to reverse its decision to make Bitcoin legal tender. Otherwise, the tropical nation would have trouble getting IMF loans. The latest IMF report aligns with this attitude that Bitcoin is not good for “financial integrity and consumer protection“.

Chapter 3 starts with an overview of FinTech growth, noting its explosive growth since 2014, but especially during the C19 event. Suffice to say, it far outpaced the growth of the traditional banking sector.

The report noted FinTech’s key propositional value—access to financial services quickly from any device at any time. This was later followed by DeFi through the growth of stablecoins, digital assets hosted on a blockchain but pegged to the dollar. Overall, IMF views this DeFi penetration on the back of FinTech as:

“The speed and depth of such changes further pose challenges for traditional intermediaries.”

In other words, DeFi eliminates the need for financial intermediaries, from clearing houses and market makers to brokers. However, it elevates the risk of market liquidity because traders themselves have to become liquidity providers by locking their funds into smart contracts for other traders to tap into.

In turn, this brings increased cyber-security risk and leverage buildup. To illustrate, the Treasury Department’s Office of Foreign Assets Control (OFAC) announced on Thursday that the North Korean hacker group Lazarus has been tied with the enormous cyber heist on the Axie Infinity P2E blockchain game, worth $625 million.

Therefore, by providing these more efficient financial services without the intermediation chain as a redundancy layer, IMF sees both FinTech and DeFi as inherently riskier. The exception to this would be digital banks as fully regulated neobanks, but even they have downsides.

The IMF on Neobanking Vulnerabilities

While DeFi protocols directly connect borrowers to lenders, Neobanks are hybrid platforms that fully recreate banking through cloud computing and machine learning. Their 24/7 availability from any device and equal legal status makes Neobanks the go-to solution for the unbanked and those on the lower-income spectrum.

However, due to neobanks’ rapid digital scaling, IMF sees this as a potential source of increased operational risk because it leads to higher credit costs, riskier clientele, and lower coverage than traditional banks. Counter-intuitively, this then translates to higher operating costs for a purely digital platform.

DeFi Leading to “Cryptoization” of Economies

When financial intermediaries are replaced with smart contracts, IMF warns that a new dynamic emerges:

Given the nature of these relatively volatile collaterals, the probability of liquidation is then also high with larger losses.

Specifically, large liquidation events are common during crypto market downturns, one of the recent ones being this January. Of course, when Elon Musk canceled the BTC payment from Tesla last May, this triggered the largest crypto crash in the last two years, erasing $50 billion in borrowed crypto assets.

Therefore, IMF concludes that “cryptoization” of financial markets leads to higher risk concentration and insufficient liquidity during market stress. Moreover, because providing liquidity is concentrated, this tends to negate DeFi protocols’ decentralization aspect. All of this is further exacerbated by the rise of cyber attacks on various DeFi protocols and exchanges.

When they happen, they cause reputational erosion, which triggers withdrawals, often causing the collapse of the entire DeFi platform. Even without cyberattacks, bank run risk is prevalent, as demonstrated in the case of Iron Finance involving Mark Cuban.

What Does IMF Recommend for DeFi and Crypto Regulation?

DeFi markets are direct through smart contracts, making them efficient. They are also relatively small and experimental, making them risky. With code exploits and a lack of central governance added to the mix, IMF recognizes that a traditional regulatory approach is likely to fail.

For this reason, IMF proposes a focused approach on surrounding DeFi pillars that make or break the DeFi market growth:

By putting them under the fold of “robust and comprehensive national regulatory frameworks delivered through the common global standard”, IMF proposes nothing new.

The global standard referenced is from FATF—the Financial Action Task Force—already in full force in South Korea through its travel rule, as it imposed KYC (know-your-customer) rules on all crypto exchanges. Likewise, the recent EU proposal is also based on FATF guidelines, but even removed the minimum transaction threshold for disclosure.

By the same traced token, in order to collect and verify the identity of all crypto holders, the EU Parliament voted to implement a de facto ban on self-hosted wallets. This is being done indirectly by requiring crypto exchanges to disclose parties even if they are not their clients.

Do you think increased regulation of DeFi support pillars will stifle its growth? Let us know in the comments below.