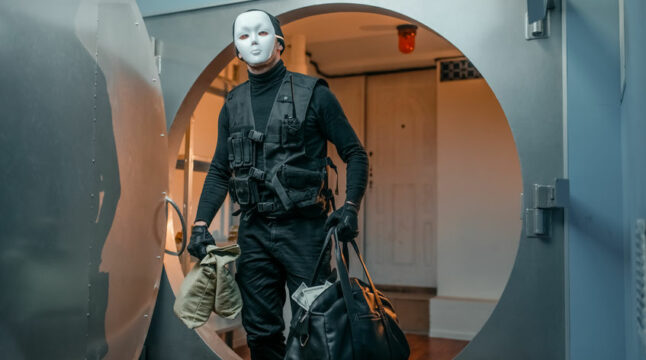 Learning from the mistakes of others can be very valuable - especially in the DeFi space.

After losing millions of dollars in a new DeFi protocol from Iron Finance, billionaire Mark Cuban calls for clearer rules and regulations. While Iron Finance spectacularly failed to execute their innovation, their approach failed for quite a banal reason – a low number of market participants.

As the Tokenist previously explained, stablecoins are going to play a key role as tokenized fiat money that can be put to yield farming, NFT marketplaces, or exchanged for other altcoins. Moreover, by eliminating inherent crypto volatility due to their still small market size, stablecoins are often kept in wallets for quick access to emerging DeFi/Bitcoin investment opportunities.

Mark Cuban is no stranger to such ventures. The last time the Tokenist covered him was just last month, when he took a liking to a novel DeFi protocol called AlchemixFI, buying $422k worth of its governance token, ALCX. Interestingly, the tokenomics of the protocol are also tied to stablecoins – alUSD and DAI.

These DeFi maneuvers suggested Cuban has above-average DeFi knowledge which is why his speculated $8 million loss —which involved another DeFi token, TITAN of Iron Finance – is all the more disturbing. After all, not only does it involve an anti-volatility coin, but even above-entry level skills failed to prevent the huge loss. To understand if there are lessons to be learned here, or if this incident is an irreparable fluke, we first need to understand what happened.

What is Iron Finance TITAN Token?

Iron Finance is a stablecoin protocol hosted on Binance Smart Chain, with TITAN as its native token to support IRON stablecoin collateralization. When it comes to stabilizing cryptocurrency, collateralizing it directly with fiat money, as is the case with USDC, is the simplest and safest way. This is because every USDC is backed by USD in a 1:1 ratio. However, such stablecoins are centralized, managed by Circle and Coinbase (in the case of USDC).

While these stablecoins are useful, to align with the DeFi vision, decentralized stablecoins emerged. The first one was DAI, collateralized by crypto assets. As such, DAI has to be overcollateralized in the form of an automated smart contract loan to remain pegged to USD.

Another way to maintain stability is the algorithmic one, the cutting edge of stablecoin tech. They have greater capital efficiency because they don’t have to be overcollateralized. However, while they are completely decentralized and scalable, they tend to overshoot price corrections.

There are multiple models they use, but simply put, algorithmic stablecoins rely on an automated minting of new coins if the price goes under the fiat peg ($1). Likewise, if the price goes above the peg, the algorithm automatically buys them (burns) so its supply is reduced. As you can see, it’s all about codifying the fundamental economic law of supply and demand – scarcity increases the price of something while abundance reduces it.

What Went Wrong with TITAN?

At press time, the TITAN token had completely collapsed, it’s market cap near zero from the lofty ATH price of $64.58 just a few days ago, which it gained in less than a month. Its original TVL was at $2 billion.

Contrary to what one would expect when seeing such a graph, no hack or technical exploit happened. Instead, a common trope of old Western cowboy movies occurred – a bank run. Meaning, a rapid withdrawal of TITAN deposits caused its price to plummet. The question is, what does this have to do with algorithmic stablecoins?

First, it bears keeping in mind that the Iron Finance protocol interfaced with Polygon on May 18 to provide low transaction fees on Ethereum’s sidechain. Iron Finance’s goal was to use TITAN as a collateralizing force for its hybrid stablecoin – IRON – collateralized by:

This was Iron Finance’s original mission – to create a hybrid stablecoin, borrowing from pure algorithmic and centralized approaches, so that the stability can be more robust while also partly decentralized. On the Polygon network, the tokenomic duo is TITAN and IRON, while on BSC, their respective equivalents are STEEL and BUSD.

The TITAN bank run was triggered when whales started to exit the token’s market, which also collapsed the IRON peg under $1. Exploiting the tokenomics, whales were buying IRON at $0.90 and then redeeming them for profitable $0.75 USDC and $0.25 TITAN. This propelled TITAN to go above $50 until the whales cashed out, prompting a panicked bank run from all other investors.

The Iron Finance team has promised to contract a 3rd party analysis of the protocol in their post-mortem blog post. However, they themselves already see the underlying issue.

“What we just experienced is the worst thing that could happen to the protocol, a historical bank run in the modern high-tech crypto space. Remember that Iron.finance is a partially collateralized stablecoin, which is similar to the fractional reserve banking of the modern world. When people panic and run over to the bank to withdraw their money in a short period, the bank may and will collapse.”

What Lessons Can be Learned from Iron Finance’s Demise?

In the immediate aftermath of his speculated $8 million loss, Mark Cuban did not take it lightly. In a statement to Bloomberg news, he even called for stablecoin regulation in order to clearly define what constitutes stablecoin and collateralization.

Cuban’s reaction was then met with ridicule, invoking “not doing homework” rhetoric and comparing Cuban’s response to Elon Musk’s corrosive influence on the crypto space.

While it is true that a governmental agency regulating open-source code would stifle innovation, it is also true that a reliable code auditing platform is needed. When a new protocol emerges, such a platform should exert sufficient influence and reputation to pop up among the first search results when typing “xx protocol downsides”.

Otherwise, if DeFi is to go fully mainstream, it is not reasonable to expect in-depth personal review as default. It might be wise and preferable, but it is not reasonable to expect. Fortunately, the key issue in this particular incident revolves around the whale influence, i.e., small market pool. Accordingly, as DeFi grows, suggested by banks embracing DeFi, this problem should resolve itself over time.

Do you think most people have the time or the inclination to uncover the minutiae of collateralization and how it relates to speculation? Let us know in the comments below.