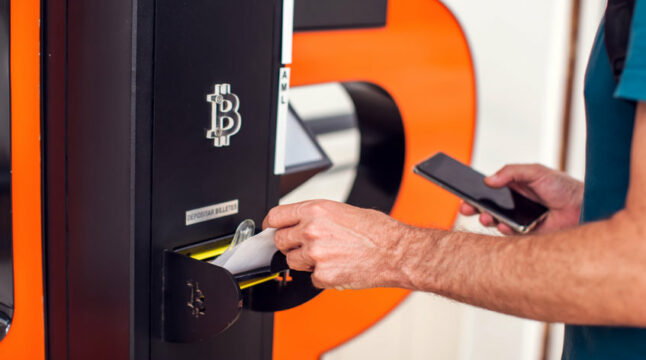 El Salvador moves ahead with its Bitcoin adoption efforts despite opposing recommendations from the IMF; employs a new management company to improve Chivo.

El Salvador has employed AlphaPoint, an American crypto software firm, to help iron out inefficiencies in the official state crypto wallet, Chivo. The Central American country decided to change supplier after hundreds of Salvadorans complained about hackers exploiting a weakness in the wallet’s infrastructure.

The Salvadoran Government hopes the new administrators would ensure improved services to over 4 million wallet users. The country’s president had earlier tweeted about the wide-scale adoption of the wallet among its 6.5 million inhabitants.

El Salvador, being the first country to adopt Bitcoin as legal tender in 2021, developed a state-backed crypto wallet to incorporate cryptocurrency in its national economy.

The Chivo wallet was created to facilitate transactions in dollars and bitcoins from anywhere in the world. However, since its deployment, its users have reported a variety of issues including, blocked accounts, unauthorized charges, and failed transactions.

Right from its initial launch, the app was dogged by technical glitches and bugs that have continued to plague it. Users of the app took to social media to draw attention to these issues after repeated complaints to customer support yielded no result.

Meanwhile, Salvadorans were hit with a spate of identity theft, which occurred through the Chivo app. Hackers used citizens’ identities to gain access to accounts that came preloaded with $30 to encourage the adoption of the wallets. Rina Montti, group director of human rights research at Cristosal, revealed that the organization received 755 complaints about identity theft between October 9 and October 14.

These recurring issues may have led the government to terminate the contract of the previous administrators of the app Athena Bitcoin. The newly appointed Alphapoint is expected to fix the wallet’s back-end and front-end issues while enhancing its payment processing capabilities.

After the announcement, Igor Telyatnoikov, Co-founder and CEO of Alphapoint, praised El Salvador and its President. He stated that the small Central American country was indeed leading the world with its Bitcoin experiment. He said,

No one else has attempted to execute a project of this size. We at AlphaPoint are honoured to be involved in the process and provide the scalable and reliable solutions needed for this massive undertaking. The Chivo application is currently supporting millions of Salvadorans, many for their first time accessing financial services.

Although AlphaPoint has been in business for nine years with over 50 clients, its new arrangement is the first with a government. The company employs machine-learning facial recognition and authentication technologies to help verify wallet users. Its infrastructure also improves the Lightning Network integration, which speeds up and lowers Bitcoins transactions cost when using QR codes and Lightning addresses.

Interestingly, Telyatnikov revealed that his company had unsuccessfully applied to be the software provider for Chivo wallet at its launch. It also recently onboarded new hires in a bid to drive its success and continued growth. The new hires may be directly linked with this arrangement with El Salvador.

The government of El Salvador has rejected a recent recommendation by the international monetary fund (IMF) to drop Bitcoin as a legal tender. The financial monitory body had advised the Central American country to narrow the scope of its digital currency law amidst critical economic risks. The IMF report stated,

Since September 2021, the government has adopted Bitcoin as legal tender. The adoption of a cryptocurrency as legal tender, however, entails large risks for financial and market integrity, financial stability, and consumer protection. It also can create contingent liabilities.

Reacting to the recommendation, El Salvador’s Treasury Minister Alejandro Zelaya vehemently rejected IMF’s view in a briefing with a local television station. He said that Bitcoin was an issue of sovereignty, and countries can make decisions about public policies without interference from international bodies. He reiterated that the government had also complied with all KYC (Know Your Customer) and anti-money laundering policies in its Bitcoin experiment.

El Salvador has continued experimenting with Bitcoin since approving it as a legal tender. President Bukele has seemingly staked his political future and tenure on the success of this effort. He recently announced on Twitter that his country had bought the dip, adding $15 million worth of Bitcoin to its balance sheet.

Bukele’s Bitcoin effort has also seen the creation of Bitcoin ATMs and the development of the Chivo app. The IMF praised the wallet in its report for promoting financial inclusivity but advised that it should be used solely for the USD. The president has also revealed plans to build a Bitcoin city with $1 billion obtained through the issuance of Bitcoin bonds.

With El Salvador now at loggerheads with the IMF, it would be interesting to see how it implements its Bitcoin policy amidst international scrutiny. Its agreement with Alphapoint is its first step in shoring up the inefficiencies noticed in its Bitcoin policy.

Do you think El Salvador should adhere to the IMF’s recommendations regarding its Bitcoin plan? Let us know your thoughts in the comments below.