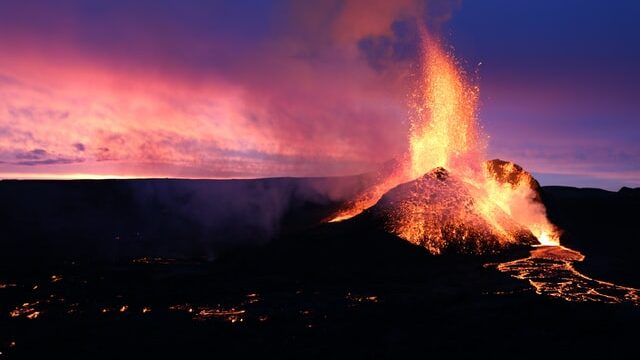 Bukele’s Bitcoin Bonds Could Be a Double-Edged Sword

El Salvador’s intention to build a city backed by Bitcoin Bonds may pose a problem despite the initial euphoria about the possibilities.

President Nayib Bukele on Saturday announced El Salvador’s intention to establish the world’s first “Bitcoin City,” initially funded using Bitcoin-backed bonds. He made this declaration at the closing ceremony of a weeklong promotional event for Bitcoin in his country.

The planned city will be set in the eastern province of La Union and would use geothermal energy from a volcano as a power source. Taxes would also not be imposed on residents except for value-added tax (VAT).

This new pronouncement has seen the Central American country continue its pioneering role in global Bitcoin usage. President Bukele has also doubled down on his assertions that Bitcoin will spur investments in his country. This development comes after it recently became the first country to use the digital asset as a legal tender.

According to the president, the city will contain residential sections, commercial areas, museums, entertainment venues, an airport, railway, and other critical infrastructure. It will be built in the south-eastern district of La Unión and will have a circular shape to resemble a giant coin.

The site’s location will harness the geothermal energy of the Conchagua volcano to power Bitcoin mining and the entire city. Residents would also receive income tax relief with VAT only paid on goods and services. The proceeds from this effort would be used to develop the city further and clean up the streets.

The El Salvador government would also issue Bitcoin bonds to finance the initial phase of the city’s development. These bonds are expected to be issued in 2022, going by past precedents, and may be available early in the year. The first issue tagged “Volcano bond” would be worth $1 billion and backed by Bitcoin.

Samson Mow, Blockstream’s CSO and Pixelmatic’s CEO, explained that a Bitcoin Bond must have at least 50% BTC backing.

Following the announcement, several Bitcoin supporters have praised the endeavor. Dylan LeClair, a research analyst and co-founder of 21stparadigm.com, applauded the timing of the pronouncement.

The euphoria of the news kicks in as Bitcoin’s use extends to buying debt for cheap loans. This would see it function similarly to traditional bonds and allow liquidity and cash flow into the economy. Governments can use this as a tool to finance capital projects and other initiatives.

Another positive lies in the possible effect on the price of Bitcoin in the long run. Samson Mow believes that other countries following El Salvador’s lead will cause Bitcoin’s price to appreciate. El Salvador’s plan includes purchasing $500 million worth of BTC with half of the $1 billion tokenized bond and locking it up for five years. This will lead to a supply shock, followed by a possible price surge.

Famous entrepreneur and investor Anthoney Pompolino lauded El Salvador for hastening the pace of innovation and experimentation at a national level.

Despite the hype that has trailed the El Salvador announcement, other analysts have called for caution. Raphael Schön, a journalist and content strategist, has highlighted the unpredictability of taking sides with President Bukele.

Asides from this sentiment, the issue of Bitcoin’s supply being held by a few hands, as mentioned by President Bukele could become an issue.

“And if you get 100 more countries to do these bonds, that’s half of bitcoin’s market cap right there.”

Handing half of Bitcoin’s value to sovereign countries could open the door for worldwide consensus on crypto regulation, taxation, and liquidity controls — an idea that is a far-cry from the original tenants of Bitcoin, as outlined by Satoshi Nakamoto in Bitcoin’s white paper. The idea is that Bitcoin is for peer-to-peer transactions. By handing much of Bitcoin’s value over to governments, the project could be considered reckless in the eyes of some crypto supporters.

Do you see Bitcoin-bond gaining widespread adoption soon? Let us know in the comments below.