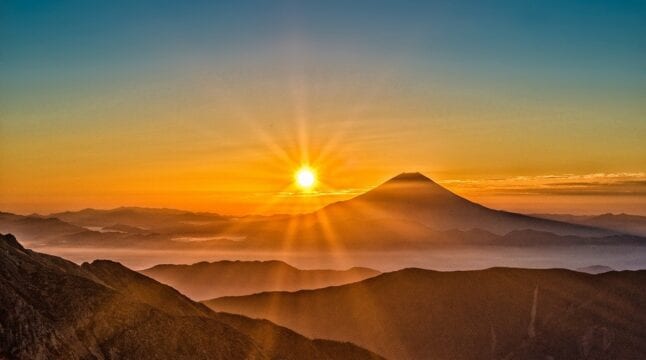 El Salvador goes all in on BTC - using the currency to fight USD inflation, and renewable energy for mining.

The United States Federal Reserve has a set goal for inflation of 2%, but now consumer prices are rising the fastest since 2008. This is being caused by both lagging supply chains and the Fed’s reluctance to tighten monetary policy. The more inflation continues to hike, the more aggressive measures will need to be taken in the future to reach the 2% goal. Across the world, aggressive measures are already in action.

With the US Dollar being used so widely around the world, this high inflation is beginning to have an impact on many nations. Countries such as Ecuador, Zimbabwe, and El Salvador all officially use USD, often relying on its historic stability compared to more unpredictable currencies. With anticipated USD volatility on the horizon, El Salvador leads the group to adopt alternative currencies.

Eyeing the impact that high USD inflation could have on its economy, El Salvador recently declared Bitcoin as a legal tender, sending waves across the crypto community. Being a deflationary and completely decentralized currency, Bitcoin is perceived by many as a viable hedge against inflation. El Salvador’s move has sparked interest across the globe.

Politicians around the world are looking for ways that their country could become more involved with and integrate Bitcoin into their economy. Just look at a recent tweet from a Mexican congressman:

In addition, Paraguay, Panama, and Brazil are expressing their interest in getting involved with Bitcoin. Earlier this year, there was a wave of institutions looking into crypto; now, there seems to be a wave of countries exploring the possibilities.

About a month ago, Elon Musk shook the crypto world, announcing that Tesla would suspend BTC purchases due to concerns over emissions caused by Bitcoin mining. This announcement aided in sending crypto prices into a downward spiral.

While there have been ongoing talks about using renewable energy to mine Bitcoin, this announcement is seeming to be particularly influential, as it is the first large initiative from a country. Further, coming right after the announcement to accept BTC as legal tender, El Salvador is sure to influence other countries to investigate similar possibilities. This tweet from cryptocurrency aficionado, Alex Glastien, further expresses the incredible possibility to revolutionize crypto mining with renewable energy:

Overall, El Salvador is setting itself up to be a major hub for crypto innovation. In addition, the country is the first to truly give citizens and companies financial freedom, security, and ease-of-use. By removing so many barriers caused by a traditional financial system, El Salvador is helping its economy become much more adaptable and open to international investment.

El Salvador is the first country to fully embrace Bitcoin and introduce geothermal energy to crypto mining. The innovative nation will surely not be the last. Which country will be next to go all in on digital assets? Let us know in the comments!