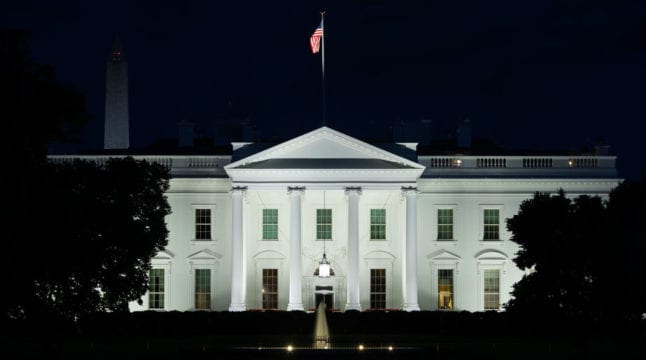 Carbon footprint concerns should not distract from the goal of replacing centralized finance with a decentralized one.

Biden’s proposed capital gains tax hike was received with significant concern by much of the digital asset community. At the same time, however, a very rare pattern can be identified: the price relationship between BTC and ETH is taking a turn. What factors can we examine to understand how this situation will unfold?

All Major Players Will Have to Pay More for Crypto Trades

Although ETH reached its all-time-high (ATH) price yesterday at $2,607, both Bitcoin (BTC) and Ethereum (ETH) took a plunge immediately after. Bitcoin dropped by over 12%, well under its 50-day average into its March price range under $50k, while ETH slipped by over 18%.

As you can see, the S&P 500 index followed suit at the same time. This synchronicity between stocks and cryptos can be attributed to reports of substantial tax hikes by the Biden administration. Marginal income tax rates should be increased from 37% to 39.6%, while capital gains tax should almost double at 43% for those earning over $1 million.

There will be more clarity on the matter once President Biden addresses Congress next week. Suffice to say, a capital gains hike is not good news for the entire crypto sector as all cryptocurrencies are subject to capital gains taxes. Furthermore, the futures of many companies are now tied to Bitcoin such as Jack Dorsey’s Square (SQUARE), Michael Saylor’s MicroStrategy (MSTR), Elon Musk’s Tesla (TSLA), and one of the world’s largest mining companies – Ebang International Holdings (EBON).

All of them have nose-dived between 4% and 11% since yesterday. However, outside of this knee-jerk reaction to the capital gains tax hike, of more import is the relationship between ETH and BTC. Will the former outpace the latter as ETH transitions into less-energy demanding proof-of-stake (PoS) while BTC remains with the environmentally contentious proof-of-work (PoW) consensus algorithm?

There are a couple of key reasons why Bitcoin reached a $1 trillion market cap, which makes up for over half of the entire crypto space.

The first one is the obvious one – the network effect derived from the primacy of being first. Over the years, both bad and positive press coverage pushed the wind into Bitcoin’s sails. The second one is its emerging property as digital gold – as it has a hard limit of 21 million coins. This makes it a suitable asset to use as a hedge against inflation, which has become the entire multi-billion-dollar approach of Michael Saylor’s MicroStrategy – the business intelligence company largely responsible for extending and accelerating Bitcoin’s bullrun.

On the other hand, Ethereum doesn’t have a hard limit on its coin supply. By the same token, that doesn’t mean its native ETH price is automatically doomed to lag behind Bitcoin forever. If the demand for ETH outpaces its supply growth, its value will not depreciate. In a deep dive on Ethereum’s transition to proof-of-stake (PoS) from proof-of-work (PoW), Ethereum’s smart-contract ecosystem practically ensures this demand will continue to rise.

After all, it is Ethereum’s elimination of mediators through smart contracts that makes the Bank of America view it as a greater threat than Bitcoin. This leaves Ethereum in a stronger position over the long haul when compared to Bitcoin:

As a result, we are starting to see ETH price continually poking at BTC.

At the same time, Bitcoin as “pristine collateral” is starting to lose its purity in the eyes of the environmentally conscious. Right?

With blockchain technology, it’s all about the consensus algorithm. For a blockchain system to maintain its decentralization and equitability for all network participants, it has to be secure and fair. It also must prevent double spending and facilitate a unified agreement for the public ledger to remain trustworthy.

Without going into technical minutia, Bitcoin achieves this through computational work, which translates to great electricity consumption. Ethereum is abandoning this and turning to a staking model in the form of economic validators, as explained in Ethereum’s 2.0 upgrade. When Elon Musk’s Bitcoin investment took place, The Tokenist noted a renewed, unified media response suddenly using Bitcoin’s carbon footprint as an attack vector.

After all, anyone with a cursory examination could tell that the existing banking sector wastes far more energy than Bitcoin’s validation and mining network ever could. Moreover, Bitcoin miners already employ renewables at at least 70% capacity. Nonetheless, perception is everything and PR-management must be taken into account for Bitcoin to remain at the top. This is why Square’s memo on Bitcoin’s carbon footprint couldn’t have come at a better time.

Since Square’s CashApp integrated Bitcoin, its revenue soared by 785% in 2020, gaining $4.57 billion. Suffice to say, this income source makes for a powerful incentive for environmentally-minded Jack Dorsey to assuage people’s eco-concerns. Titled “Bitcoin is Key to an Abundant, Clean Energy Future”, Square issued a memo this month, outlining the integration of renewables with the world’s top cryptocurrency.

Through collaboration with ARK Invest, the memo makes a solid case that Bitcoin’s network can be seamlessly plugged into the intermittent nature of renewables. As you know, both solar and wind are highly unstable energy sources, which is why such energy systems are reliant on battery storage. Without impacting electricity cost, this inherent electricity surplus would be taken in by Bitcoin mining operations.

This would effectively transform renewables into “baseload-capable generation stations”. Both solar and wind could be overbuilt and scale up as the Bitcoin demand rises, soaking up energy that would otherwise dissipate. Keep in mind that battery capacity and longevity is not likely to significantly improve any time soon to make it truly worthy of replacing non-renewables. Therefore, Bitcoin’s mining network could easily find its home in this renewable interspace.

As the Robinhood-Citadel Securities hearings revealed, if something can be corrupted, it will be corrupted. If entities have the power to insert themselves into the flow of money, they will do so. There is no better example for this corruption than the Depository Trust Company (DTC) with its DTCC subsidiary. The reason for duplicated and phantom shares which tend to generate failure-to-deliver (FTD) stock transactions, is because these privately owned Wall Street companies own almost the entirety of publicly traded US companies.

Every time you buy a company’s stock, you are essentially holding a derivative of that stock, handled by another DTC subsidiary – Cede & Co. This company is in possession of a master certificate called the “global security”, safely stored in its vault. In turn, this makes shareholders in possession of IOUs. Those with true ownership of shares are the ones you would expect to find – banks and hedge funds.

If one wishes to move away from this buffet of anomalies and free market interceptions, all blockchains should be prioritized first. Whether that ends up being ETH, BTC, or some combination thereof is less important than it is to make way for true transparency and financial trustworthiness.

Did you know that your shares are digitally entitled to you, not owned by you per se? Does that bother you? Let us know in the comments below.