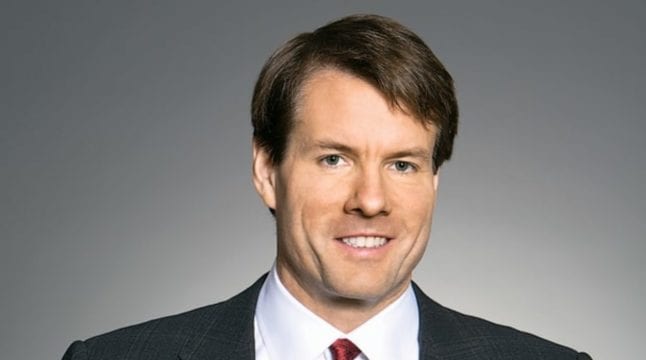 Many indicators point to a repeat of the most unpleasant parts of history. Will Bitcoin become the saving grace?

Bitcoin’s new ATH of over $51k might not have been reached so soon without the efforts of Michael Saylor. Outside of his enthusiasm for novel technology, why has he been so aggressive in his acquisition of Bitcoin, as if there is no tomorrow for the traditional way of doing things?

Erosion of Trust in the Managerial Class

The year 2020 was a year of historic acceleration. For decades, widening inequality has become increasingly difficult to ignore but it took lockdowns to mark widescale destruction of wealth. More precisely, pouring it from one pot into the other – the gold-plated one.

Uncertainty has spread throughout the financial system. How can the Federal Reserve keep increasing so much of the USDs money supply without consequences? Was it wise to implement prison-style lockdowns on entire populations, suspend wealth-creation and drain human capital, only to then keep printing trillions more for sporadic, temporary relief?

It is as if everyone is waiting with a bated breath for dominos to fall. Within such chaos, even Wall Street power brokers flock towards incorruptible systems beyond the reach of centralized scheming – Bitcoin (BTC). One of such institutional Bitcoin enthusiasts is Michael Saylor. What can his investment strategy tell us about the likely economic fallout in the coming years?

Who is Michael Saylor?

Born in Lincoln, Nebraska, in 1965, Saylor’s childhood was a nomadic one, moving from one air force base to another, as the demands for his father’s military services required. Tapping into the military lifestyle benefits, he received a Reserve Officers’ Training Corps Scholarship to attend Massachusetts Institute of Technology (MIT). Although he initially aimed at becoming a pilot, his heart murmur condition kept him apart from this dream.

Instead, Taylor double-majored in MIT’s aeronautics and astronautics; and science, technology, and society. Along with his MIT roommate, Sanju Bansal, he co-founded MicroStrategy in 1989. With a current market cap of $9.1 billion, the company leverages sophisticated software to compile consumer behavior data which it then sells to clients to form their business strategies.

A dark blot on Saylor’s record occurred in 2000, as the SEC scrutinized his business for fraudulent earnings reporting. Saylor eventually settled the charge with $8.3 million out of his personal bank account, while MicroStrategy’s shares dropped by $6 million. In 2012, Saylor became an author, by publishing The Mobile Wave: How Mobile Intelligence Will Change Everything.

As he shifted MicroStrategy from data-mining to business intelligence, which occurred thanks to McDonald’s contract in the 90s, Saylor successfully expanded the business to an impressive list of clients. From Adobe and Amazon to eBay and Netflix, there is hardly a major company that hadn’t used MicroStrategy’s business insights.

Much of the company’s timeline involving Bitcoin began in August last year, on the coattails of its bullrun, with the purchase of 25,000 BTC worth $250 million. Since then, MicroStrategy has been aggressively buying Bitcoin in increments, totaling 71,079 BTC as of February, worth $3.6 billion now. Accordingly, the company’s fortunes have increased drastically, following BTC’s rise in lockstep.

More importantly, Michael Saylor enticed other institutional investors to join him. On February 3rd and 4th, he held a highly successful “Bitcoin for Corporations” conference, with over 1400 companies’ representatives attending. Among them was SpaceX/Tesla, precipitating Tesla’s BTC investment of $1.5 billion. Most recently, MicroStrategy has revealed that it will continue to buy more Bitcoin by selling convertible debt, which leads us to the crux of the issue at hand.

Betting on the System to Fail

It bears reminding ourselves how Michael Saylor perceives Bitcoin and its disrupting role in the economy.

Accordingly, from this understanding of Bitcoin, his company’s entire investment strategy is unfolding.

In other words, against the decentralized incorruptibility of Bitcoin lies the perpetually-tweaked Ponzi scheme of the Federal Reserve. Before the pandemic-induced lockdowns suspended economic activity, the state of unfunded liabilities was already dire, courtesy of AccountingToday:

With the money-printing machine running red-hot and economic growth crippled, pension funds with their bonds are also rapidly diminishing in yields. They are incapable of generating returns set out to pay off all the claims. To prevent insolvency, pension funds keep buying debt with unfavorable conditions.

This is why Michael Saylor is selling massive amounts of convertible debt to buy more Bitcoin. With each acquisition, Bitcoin – an over-collateralized asset – generates more than enough interest rates to surpass the yields of traditional financial models. After all, as DeFi yield farmers know well, you can only leverage cryptocurrency assets to the amount you already own.

Disruption of the Fed’s Ponzi Scheme

To be sure, unfunded and unpayable liabilities will further increase money supply, just as staving off social unrest due to lockdown devastation will necessitate more stimulus injections. Self-contained, the Modern Monetary Theory (MMT) may continue to manage it without causing hyperinflation, the likes of Weimer Germany or Zimbabwe.

However, the system is not self-contained. Bitcoin exists, precisely designed as an alternative to the Federal Reserve. If followed by other investors, MicroStrategy’s approach of leveraging debt to buy more Bitcoin may accelerate the weakening of the dollar beyond what the Fed can manage.

This may be the reason why Treasury Secretary Janet Yellen fished out a red herring concerning Bitcoin’s role in money laundering and other illicit activities. In this light, Michael Saylor is poised to become the modern version of Hugo Stinnes, the Weimer’s inflation king. Before hyperinflation’s peak in the early 1920s, Stinnes diversified his assets into hard ones – akin to Bitcoin – therefore securing his position as the richest man in Germany when the Paper Mark became effectively worthless.

Food stamps represent a currency of their own, although for limited use. Tokenization of the economy gives the Federal government many options previously non-existent. Do you think this will be enough to avoid a repeat of history?