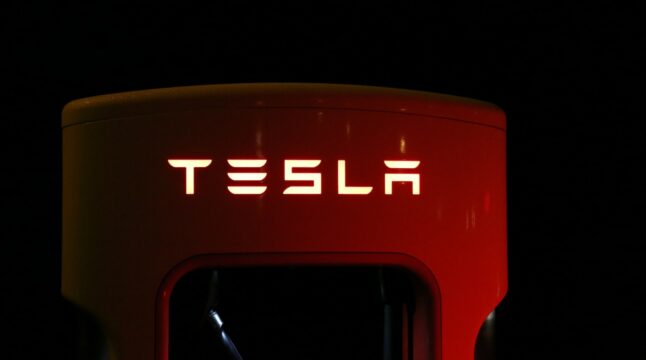 Tesla Subpoenaed by SEC Over Musk’s Tweets During Twitter Deal

Telsa received a second subpoena by the SEC in June over Elon Musk's tweets.

At a time when Elon Musk’s acquisition of Twitter seems to be falling apart, Tesla disclosed another subpoena sent by the SEC over his tweets. Received on June 13th, it is related to the 2018 tweets he made about Tesla potentially going private.

Musk’s jousting with the Securities and Exchange Commission (SEC) is to be expected given that the agency is in charge of protecting investors from manipulation. Elon Musk heads Tesla as a publicly traded company, but he also has over 100 million Twitter followers, nearly the combined populations of France and Poland.

From these two starting conditions, there is a high clash potential. As a powerful communication tool, using Twitter to one’s advantage seems inevitable. At least, the SEC concluded this in the first settlement stipulation.

There are two kinds of impacts a billionaire like Musk can make on social media with his massive following. There is the public’s reaction to his tweets. This happened when Musk canceled Bitcoin payments for Tesla products. Because he additionally framed it within eco-sustainability, casting doubt on Bitcoin’s fundamentals, BTC plummeted by -25% in May 2021.

The second impact is more direct, with legal consequences. In September 2018, Musk settled fraud charges with the SEC for tweeting that he could take Tesla private at $420 per share and that he already secured funding to make it happen.

This was substantially higher than TSLA share price at the time. The “420” figure was also a weed culture meme. The SEC slapped Musk with a $40 million fine, paid evenly between Tesla and Musk, for “false and misleading” tweets.

More importantly, as a part of the settlement, Musk’s tweets were supposed to be vetted by a “committee of independent directors”, under the consent decree. A year later, in April 2019, Musk already found himself in trouble with the SEC when the agency asked the court to find Musk in contempt over this tweet.

This also resulted in a settlement, but with even more oversight scrutinizing Musk’s tweeting. The SEC dispatched another subpoena last November when Musk probed his followers on Tesla stock sales. At the time, unrealized gains were a hot topic, so he offered to sell 10% of Tesla stock.

Even then, many saw this as a PR move to frame an action that was going to happen anyway, resulting in a 4.3% stock price uptick. In the meantime, Musk has been framing the SEC’s actions as a “fishing expedition” aimed at harassment. At one point, he compared his SEC woes with the rapper Eminem’s troubles with the FCC from decades ago.

In March this year, Musk filed a motion to quash the consent decree, as a violation of the First Amendment. The motion was overturned in April, so Musk’s lawyers filed an appeal in June, which is still pending.

In the end, it all comes down to that pivotal 2018 tweet about taking Tesla private. The resulting consent decree opened the door for the SEC to subpoena Tesla for any perceived violation. The latest one is no different.

Within Tesla’s quarterly report issued today, the revelation comes up under the Certain Investigations and Other Matters section:

“On November 16, 2021, and June 13, 2022, the SEC issued subpoenas to us seeking information on our governance processes around compliance with the SEC settlement, as amended.”

Although the tweet that triggered the June subpoena wasn’t mentioned, it is likely this one.

Under consent decree stipulations, “high demand” could be interpreted as a violation when discussing material matters related to Tesla as a publicly traded company. Other than SEC, another pressure point comes from the SOC Investment Group, representing pension funds, unions, and shareholders to make company directors accountable.

A week after the SEC’s latest subpoena, the SOC filed a request to the SEC to investigate Tesla’s multiple alleged failures to comply with the consent decree.

The judge presiding over the appeal has yet to resolve if the SEC’s consent decree violates Elon Musk’s First Amendment right. Until that is settled, it doesn’t make a difference if Musk is a Twitter owner or a user.

The Twitter acquisition itself could be a ruse to get Twitter to disclose how it operates. Musk wiggled out of the $44 billion deal, by claiming that Twitter failed to provide accurate information on the scale of its spam/bot problem.

In response, Twitter filed a lawsuit, stating the board “bent over backwards” to accommodate the deal. In October, the trial will begin, the date set by Chancellor Kathaleen St. Jude McCormick, the head judge of Delaware’s Court of Chancery.

Either Musk will win and make a deal to buy Twitter at a lower valuation, or he could be forced to go through with the already set deal, buying Twitter at $54.20 per share.

In the latter case, the court could appoint receivers as neutral parties that handle the acquisition. If Musk loses and doesn’t follow the ruling, the court-appointed receivers could even seize his assets.

Do you think there is a line to be crossed in managing a public company and using mass communication to benefit the company? Let us know in the comments below.