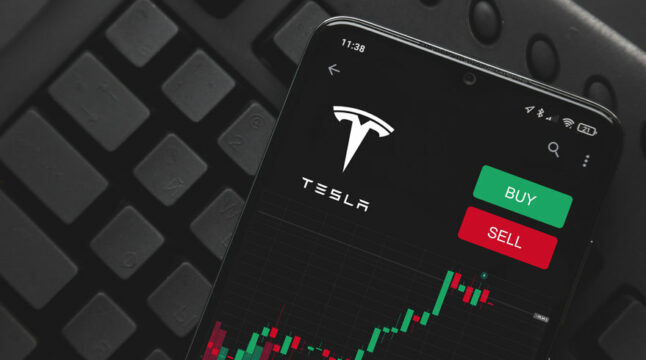 A looming tax bill of over $15 billion may be the likely reason behind Elon Musks’ desire to sell Tesla stocks.

The world’s richest man and Tesla CEO, Elon Musk, has stated his willingness to sell 10% of his shares in Tesla if Twitter “supports” it. Through a Twitter survey posted on November 6th, Elon Musk joined the ongoing debate on the proposed US tax policy on unrealized gains.

Furthermore, he reiterated his willingness to stick with the results of the poll irrespective of the outcome As of press time, the poll shows that 58% of the 3.5 million respondents have urged him to proceed with the sale, which would amount to 19.3 million shares. Friday’s closing price of $1,222 per share, the deal’s total value would amount to $22 billion.

However, there are suggestions that irrespective of the results, a sale was imminent anyway.

Tax Trouble On The Horizon

Despite Musk’s proposal, the CEO was always likely to sell Tesla shares this quarter. This is due to a looming tax bill for the Tesla chief of over $15 billion in the months ahead.

Musk does not receive a salary or a cash bonus for his work at Tesla. His wealth comes from stocks awarded to him and the gains on the price of his Tesla Shares. In 2012, the billionaire entrepreneur received stock options as part of a compensation plan. The stock options given were for 22.8 million shares with a strike price of $6.24 per piece.

Meanwhile, as the options are set to expire in August 2022, Musk would have to pay income tax on his gain to realize his options. The Tesla CEO had previously maintained that he expected to pay a considerable amount with a tax rate of  53%. According to CNBC’s estimates, Musk’s tax bill will charge: a 37% income tax rate, 3.8% net investment tax, 13.3% top capital gains tax, and state and federal taxes exceeding $15 billion.

With CEOs having only a limited opportunity to sell their stocks, some analysts and tax experts expect Musk to stagger the sale of his Tesla equity. If the sale does occur, the result of the Twitter poll is likely to be largely irrelevant and just part of Musk’s PR.

Musk has previously used his considerable influence and follower count to cause volatility in the financial markets. Early in 2021, he tweeted about the price of Tesla stocks claiming he thought the price was “too high”. Following his tweet, the cost of Tesla shares dipped.

Aside from tweets about Tesla, the crypto investor has also made mention of crypto assets like Bitcoin, Etherum and Dogecoin with effects on their prices. Initially, his tweets concerning cryptocurrencies resulted in considerable price swings. Recently, however, it seems that his influence is on the wane as his tweets do not appear to have a significant effect anymore.

Following Musk’s Twitter poll over the weekend, Tesla stocks took a plunge at market open on Monday. Tesla shares fell 6% after the opening bell in New York, trading at $1,153. The stock also traded in Frankfurt and fell by 9% before reclaiming some of the losses. The fall resulted in a loss of about $60 billion in its market value.

The market capitalization of Tesla stocks climbed past the $1 trillion mark for the first time in October. The sharp rise in stock price was partly because of news about an agreement with auto rental firm Hertz. Musk, however, confirmed that both parties had yet to reach an agreement. Despite this, Tesla and Hertz released a commercial featuring NFL star Tom Brady.

Do you see Elon Musk’s poll as a diversion ahead of the sale of his Tesla shares due to an impending tax bill? Let us know in the comments below.