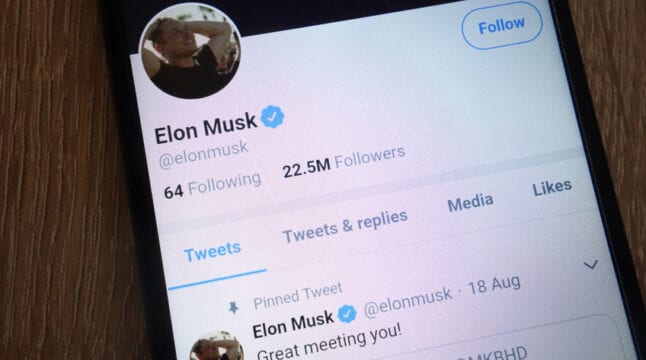 Is Elon Musk’s Toxic Reign Coming to an End?

Elon Musk may have to settle for baby coins from now on to demonstrate his social media reach.

A few years ago, no one would have expected for one man to introduce so much volatility into the crypto space. Elon Musk filled that ignoble role, but everything has its expiry date.

What Did Elon Musk Do to Deserve 58 Million Followers?

Elon Musk got his first major financial breakthrough when he sold his Zip2 company to Compaq in 1999 for $307 million. Three years later, as a co-founder of PayPal, he sold it to eBay for $1.5 billion. Established business pedigree and these two financial injections were sufficient for him to focus on more concrete projects:

If you were to craft a fictional billionaire character with an exciting background, you wouldn’t have it be about payment processors or business directories. Instead, it would be about transformational technology:

Without going into the details of Tesla’s and SpaceX’s overreliance on government subsidies, each level of Musk’s engagement is straight out of a CyberPunk novel. This alone provides a solid foundation for his global notoriety.

However, what Musk is most popular for nowadays has nothing to do with his main professional focus. Musk seems to have found that leveraging social media influence is a great resource.

What is Google to search engines, Twitter is to social media. However, when Elon Musk joined Twitter in 2009, it was not a big deal as it is now. According to Pew Research data, only 19% of online adults took advantage of Twitter in the Fall of 2009.

Interestingly, this is the same year that Bitcoin launched. Yet, it took over eight years for Musk to notice its existence. In January 2018, he first mentioned the concept of cryptocurrency. A month later, he admitted he didn’t own any cryptos, apart from some BTC a friend sent him that he lost.

This was a peculiar admission given that his fortunes started in the financial arena, making it easier to execute borderless payments via PayPal. Moreover, for one who has shown interest in cutting-edge technology, it is curious that he wouldn’t engage in cryptos until at the very late adoption stage in 2018. Until then, Elon Musk’s Twitter had under 10 million followers, generating exponential growth and engagement ever since.

Taking his words for granted, his exposure to cryptos came from online crypto spammers he encountered on Twitter. One would expect this exposure vector for an average Joe, not a tech-oriented, self-made entrepreneur who tracks the state of emerging technologies. Whatever the case may be, the period after 2018 was when Elon Musk began to weaponize Twitter.

On September 29, 2018, Musk had to settle a fraud lawsuit with the SEC for violating securities market manipulation with his Tesla tweets. The penalty was $40 million, which represents 40% of the funds he allocated to Neuralink up to July 2019. Since then, his crypto disruptions have become more extreme over time.

The Tokenist was one of the first news outlets noting Musk’s corrosive influence on the crypto space as a latecomer, documenting his multiple escapades on both Dogecoin (DOGE) Bitcoin (BTC) fronts. If you hadn’t yet subscribed to the Tokenist newsletter, you can revisit the extensive coverage of Musk’s disruptions here, to just list the few:

Whether Elon Musk is running out of billions worth of green credits, or his personality is such that inherently causes friction, is a matter of speculation. The fact remains he is looser with the SEC’s lawsuit stipulation to check his tweets with lawyers when it comes to cryptos. They may apply to securities, but the crypto space is still largely unregulated, giving Musk an inroad to crypto market shenanigans.

After the most recent crypto-related tweet, another offshoot of Doge – Baby Doge – the coin’s price jumped by 127% within a day, gaining further 187% price momentum until July 4th. However, while his influence is still felt on novelty, small-cap meme coins, both Bitcoin and DOGE crowds now seem to be done with Musk.

A day after shilling for Baby Doge, his Dogecoin tweet, depicting a man surrounded by alluring women staring at DOGE graph, had barely any impact on its price. This may have something to do with his performance on the SNL sketch.

In the more mature Bitcoin community, other media influencers are ganging up to lower Musk’s credibility. Bitcoin maximalist Max Keiser, with his 355k followers, scheduled a “F*ck Elon Tour” that is ended yesterday, on July 9th.

Hardly anyone boasts Musk’s 58 million follower count, but dozens of social media influencers are on the same page as Keiser. By wiping out the wealth of thousands, Musk had already achieved a record low level positive-to-negative sentiment in May, according to Awario sentiment tracking firm relayed to Yahoo News.

This disillusionment was bound to happen. As the story of the boy who cried wolf tells us – the people will not blindly trust one loud voice forever.

If you have investments in either Tesla or cryptos, have you ever lost or gained from Musk’s Twitter presence? Let us know in the comments below.