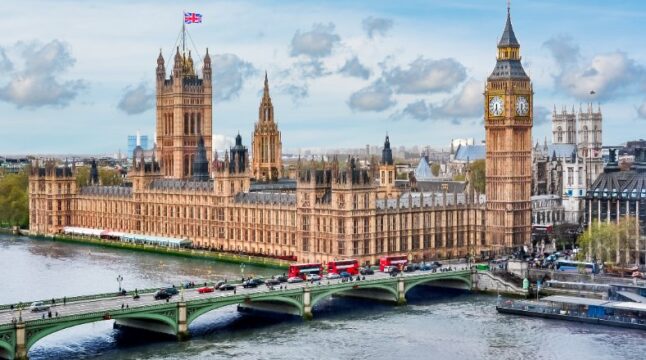 Short bets against the pound increased by 17% in the first half of September as Truss became PM.

Hedge funds have significantly increased their short positions against the pound since Liz Truss became the UK’s new Prime Minister. At the beginning of September, leveraged funds’ short bets in sterling made the highest two-week jump in more than nine years, according to new research.

Last Friday, UK Chancellor Kwasi Kwarteng announced a sweeping series of tax cuts. As part of the plan, the UK would cancel the planned rise in corporation tax to 25%, keeping it at 19%, remove its 1.25% rise in National Insurance contributions — a tax on income, reduce the basic rate of income tax from 20 pence to 19 pence, and more.

Kwarteng said the government wanted a “new approach for a new era focused on growth,” adding that they are aiming for a medium-term 2.5% trend rate in economic growth. “We believe high taxes reduce incentives to work, deter investment and hinder enterprise,” he said.

The plan, however, backfired. Investors continued to voice their rejection, sending the pound plunging. The pound marked one of its worst days on Friday and extended losses this week. The currency hit a record low of around $1.03 on Monday.

Experts have criticized the tax cut plan, claiming that it would fuel the cost-of-living crisis and render any rate hike by the Bank of England ineffectual, among other things.

The IMF has also lashed out at the UK, arguing that the plan would increase inequality, speed up the pace of price rises and that the government borrowing could surge along with interest rates. “Furthermore, the nature of the U.K. measures will likely increase inequality,” the IMF said.

As reported, the BoE had to intervene in order to stem more rout. The central bank announced yesterday that it will buy long-dated bonds and also postpone the planned start of its gilt sale program. The BoE still aims to sell 80 billion pounds of bonds from its 838 billion pounds ($892 billion) of gilt holdings over the next year.

“Were dysfunction in this market to continue or worsen, there would be a material risk to UK financial stability,” the BoE said, adding that it would buy gilts on “whatever scale is necessary” for a limited time until the market stabilizes.

A report by Vanda Research shows that investors have been betting against most major currencies including the pound since the start of the year. However, short bets against the pound have significantly increased since Truss won a Conservative party leadership race and became PM on September 6.

“Then, the Truss tax breaks came in which basically say we’re going to massively stimulate the economy, increase inflation and incur more debt, rendering any BoE rate hike ineffectual. And, she’s already said there are more to come. For the market – that is just an easy short.”

It is worth noting that Kwarteng will publish a fiscal plan on 23 November. He has insisted that their growth plan and the upcoming medium-term fiscal plan “will work.” However, the IMF has requested the UK government to “re-evaluate” tax measures by then.

Do you think the pound will extend losses if the UK government proceeds with its tax cut plan? Let us know in the comments below.

Bank of England Liz Truss the dollar The pound UK