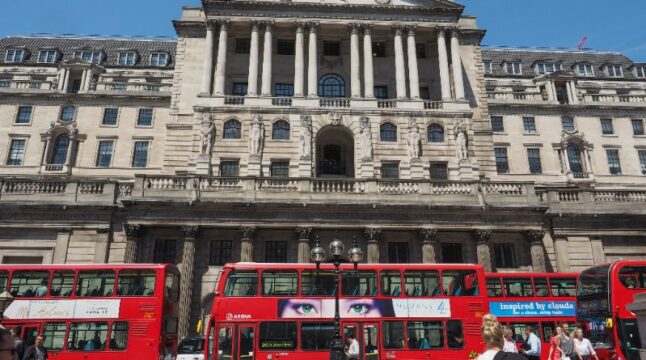 The BoE has postponed the planned sale of UK government bonds amid lingering uncertain market conditions.

In an attempt to stabilize the markets, the Bank of England plans to buy long-dated bonds and also postpone the planned start of its gilt sale program. The move comes as the British pound has reached a record low against the US dollar, which has been strengthening, over the past couple of days.

The BoE has postponed the planned sale of UK government bonds amid the recent crash of the pound. The central bank said it still aims to sell 80 billion pounds of bonds from its 838 billion pounds ($892 billion) of gilt holdings over the next year, but would postpone the start of sales, which was expected to begin next week, because of the market conditions.

According to a recent report by Financial Post, the BoE would also purchase long-dated bonds until October 14 to stabilize financial markets. The central bank said in a statement:

“The Bank will carry out temporary purchases of long-dated UK government bonds from 28 September. The purpose of these purchases will be to restore orderly market conditions.”

On Wednesday, British 30-year bond yields hit their highest in more than 20 years prior to the announcement by the BoE. Experts warned that it is becoming increasingly hard to trade bonds as traders did not want to take the risk of holding such a volatile asset.

The central bank said it had to intervene in order to stem the further rout. “Were dysfunction in this market to continue or worsen, there would be a material risk to UK financial stability,” the BoE said. “This would lead to an unwarranted tightening of financing conditions and a reduction of the flow of credit to the real economy.”

The pound started the week with a sharp slump after extending losses on Friday when Britain’s new government announced a sweeping series of tax cuts. Investors continued to voice their rejection of the plan, sending the pound plunging. The currency hit a record low of around $1.03 on Monday.

IMF Lashes Out at UK Over Tax Cut Plan

The International Monetary Fund (IMF) has joined the cult of investors criticizing the UK government over its plan for tax cuts. The monetary body claimed that the plan would increase inequality and fuel the cost-of-living crisis.

The UK government ostensibly aims to boost growth with the £45 billion tax cut plan, but investors have expressed concern that the government borrowing could surge along with interest rates. The IMF also warned that the plan could speed up the pace of price rises. The IMF said:

“Given elevated inflation pressures in many countries, including the U.K., we do not recommend large and untargeted fiscal packages at this juncture, as it is important that fiscal policy does not work at cross purposes to monetary policy. Furthermore, the nature of the U.K. measures will likely increase inequality.”

UK Chancellor Kwasi Kwarteng will publish a fiscal plan on 23 November. Kwarteng has insisted that their growth plan and the upcoming medium-term fiscal plan “will work.” Meanwhile, the IMF has requested the UK government to “re-evaluate” tax measures by then.

Do you support UK’s tax cut plan? Let us know in the comments below.

Bank of England tax cut plan the dollar The pound