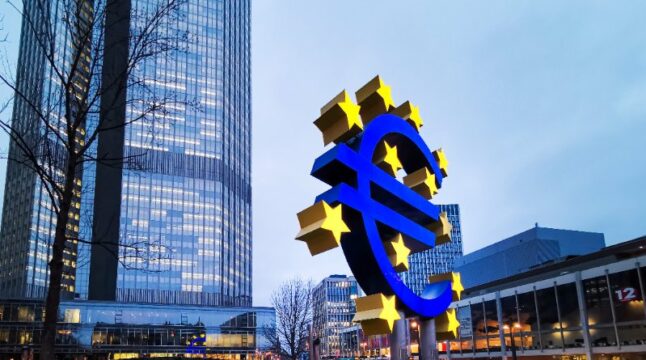 Inflation in the eurozone rose to 9.1% in August 2022, driven by sky-high energy and food costs.

Inflation in the Eurozone peaked again at 9.1% in August, the highest since 1999. Higher consumer prices were fueled by rampant energy and food costs, according to Eurostat. The high inflation reading puts ECB in a position to consider raising key interest rates again to bring the inflation rate back to its target of 2%.

Eurozone inflation rate hit the highest mark since 1999 last month, according to the European Union’s statistic office Eurostat. Consumer prices in eurozone countries surged by 9.1% in August year-over-year and 0.6% on a monthly basis, the report states.

The report is similar to Eurostat’s inflation flash estimates released at the end of August when it expected month-on-month inflation to increase by 0.5%. The annual estimates remain unchanged compared to today’s report.

The new print marks a 0.2% increase from the July report when inflation stood at 8.9%. Annual inflation in European Union stood at 10.1% in August, up from 9.8% in July.

Hardest-hit countries that use the euro include Estonia, Latvia, and Lithuania, where inflation rose to 25.2%, 21.4%, and 21.1%, respectively. The lowest annual rates were seen in France (6.6%), Malta (7.0%), and Finland (7.9%). The euro has significantly weakened against the dollar this year.

The key driver of inflation in August was more expensive energy costs, which were further exacerbated by the ongoing war in Ukraine. Other factors that added to inflationary pressures include surging food, alcohol, and tobacco costs.

Eurostat said that 3.95 percentage points of the year-on-year change came from more expensive energy—the costs of which surged because of Russia’s invasion of Ukraine—and 2.25 points from food, alcohol, and tobacco.

Annual inflation up to 9.1% in the euro area

Core inflation rose to 5.5% in August, up from 5.1% in July. This metric does not include volatile energy and unprocessed food costs.

Eurozone’s new inflation high comes just a week after the European Central Bank (ECB) announced an unprecedented 75 basis points (bps) interest rate hike to tame mounting consumer prices. The central bank promised further hikes in the future, even though the bloc is likely to fall into a recession this winter.

“We expect to raise interest rates further, because inflation remains far too high and is likely to stay above our target for an extended period.”

– Christine Lagarde, President of the ECB.

Similarly, the U.S. Federal Reserve is also expected to impose a third consecutive 75 bps hike at its policy meeting next week. This is despite inflation easing to 8.3% in August, from 8.5% in July.

Do you think further interest rate hikes will also tip the U.S. economy into recession later this year? Let us know in the comments below.