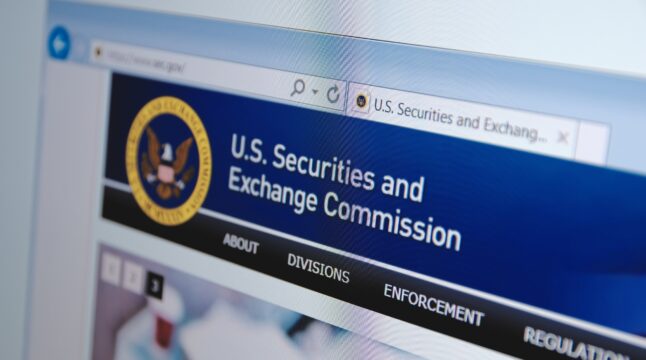 The SEC unveiled its charges against the already-arrested Mango Markets exploiter and alleged that the MNGO governance token is a security.

On January 20th, the Securities and Exchange Commission announced its charges against Avraham “Avi” Eisenberg. Eisenberg, already arrested for fraud and in custody in Puerto Rico, is charged with manipulating the price of MNGO governance by selling large quantities of future contracts for the token to himself.

The Securities and Exchange Commission announced this Friday that it charged Avraham “Avi” Eisenberg, best known for operating a “highly profitable trading strategy” that involved the Mango Markets cryptocurrency exchange. According to the SEC, the “trading strategy” involved the sale of perpetual future contracts for the MNGO governance tokens to himself in a move designated as price manipulation in the complaint.

According to the SEC’s complaint, beginning on October 11, 2022, Eisenberg engaged in a scheme to steal approximately $116 million worth of crypto assets from the Mango Markets platform. The complaint alleges that Eisenberg, who perpetrated the scheme while living in Puerto Rico, used an account that he controlled on Mango Markets to sell a large amount of perpetual futures for MNGO tokens and used a separate account on Mango Markets to purchase those same perpetual futures. The complaint further alleges that Eisenberg then engaged in a series of large purchases of the thinly traded MNGO token for the purpose of artificially raising the price of MNGO token relative to the crypto asset USD Coin.

The SEC is the second US agency to accuse Eisenberg of market manipulation. Last Monday, the Commodity Futures Trading Commission filed its complaint against the Mango Markets exploiter accusing him of the same crime.

As is usually the case, the SEC is seeking “permanent injunctive relief, a conduct-based injunction, disgorgement with prejudgment interest, and civil penalties” in its complaint against Eisenberg. It is, however, notable that—very much in line with Gensler’s stance on cryptocurrencies—the press release states that Mango Markets’ MNGO governance token “was offered and sold as a security.”

Eisenberg in Jail for Fraud Since December 2022

By the time the SEC unveiled its charges against Eisenberg, he has already been in custody for nearly a month. On December 27th, it was reported that the Mango Markets exploiter has been charged with commodities fraud by US authorities and arrested in Puerto Rico. Eisenberg is currently awaiting transport to the Southern District of New York where the charges were filed.

Eisenberg’s attack netted him $116 million and caused extreme distress to the exchange rendering it insolvent. Back in mid-October, Mango Markets reached an agreement with Eisenberg recovering $67 million and allowing him to keep the rest of the money taken in the attack. The discussion accompanying the vote on the victim reimbursement immediately showed some hostility toward the deal with one commenter saying that the “Mango team is ******* brain dead and should be criminally investigated.”

“Avi” Eisenberg’s attack was just one of many that rocked the crypto industry throughout 2022. October of the previous year saw a major hack of the Moola Market as well as an attack on Binance’s BNB chain. In general, it is estimated that $3.7 billion were stolen in various crypto hacks throughout 2022.

Do you agree with the SEC’s stance that governance tokens are securities? Let us know in the comments below.