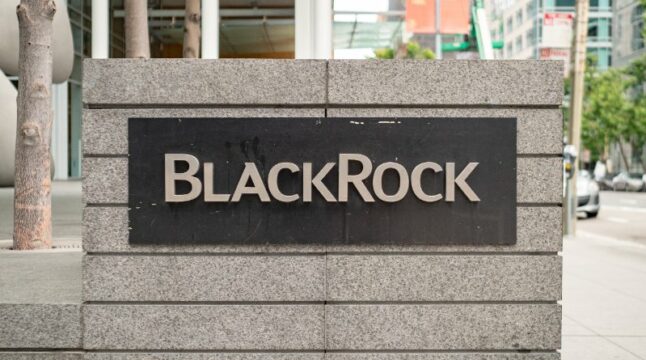 Predicted Recessions Not Yet Priced Into Equities: BlackRock Report

BlackRock says the current macro environment is not suitable for a long-term bull market in stocks and bonds.

In a recent report on its 2022 mid-year outlook, BlackRock warns that the equities market could suffer more downturns. It highlighted the current efforts of the Federal Reserve to curb inflation through interest rate hikes amidst a poor macro environment as reasons behind this outlook.

According to the report, the equities market is bound to decline if further interest rates by the Feds trigger a slowdown in economic growth. Likewise, if the authorities fail to tackle inflation, which in July was at its highest rate in 40 years, bond prices will still fall.

Recession Likely With Further Interest Rate Hikes On the Way

Fears over an impending recession have continued to abound, with experts warning about it while Americans brace for impact. The Feds hope for a soft landing for the US economy; however, consecutive 75 basis points (bps) hikes in June and July reduced this possibility.

Following the recent Jackson Hole conference in Wyoming, Fed chair Jerome Powell hinted at the possibility of another 75 bps hike. He reiterated the need to bring down inflation at all costs, irrespective of the pain its hawkish stance would cause to businesses and households. He further insisted that the 2% inflation rate target still stands.

Alluding to Powell’s stance, BlackRock hinted that the Feds are not prioritizing economic implications over pressure to curb inflation. Consequently, it believes the Fed’s desire to suppress inflation figures would crush demand and trigger a recession because the hikes have minimal effects. The situation is believed to be catastrophic for risk assets in the near term. The report said,

“The Fed is planning to go further, pencilling in rate hikes that go well into restrictive territory to near 4% in 2023. The problem: Rate hikes don’t do much against today’s inflation. The Fed has to crush activity in the rate-sensitive part of the economy to bring inflation back to its 2% target. Yet the Fed has so far failed to acknowledge this. The Fed and other central banks face a difficult trade-off: trying to stabilize output or inflation – but not both.”

Consequently, BlackRock expects the Fed to suffer retrogression caused by these tightening conditions. This would force them to stop raising rates; however, it would be too late to prevent a decline in economic activities. The report also indicated inflation would remain around 3% and not the 2% targeted by the authorities.

Europe on Brink of Recession

Regarding Europe, the report suggests the region is on the brink of a recession due to the energy crisis and commodity surge caused by Russia’s invasion of Ukraine. The war in Europe, the most significant crisis in recent times, is causing a drastic change across the globe. And with no end in sight, the supply shocks to food and energy would likely tip Europe into recession.

The economic situation in Italy, which has seen hedge funds bet €39 Billion against the country’s debt, threatens to derail Europe. However, BlackRock believes that the region’s challenges provide a perfect opportunity to create a more sustainable and resilient version of itself. The report said:

“Europe has the opportunity to create a more sustainable and more resilient version of itself – replacing high dependencies on Russian energy and shedding the image of an “old” economy by accelerating the green transition.”

The US stock market essentially traded lower as it resumed trading activities following the Labor day weekend yesterday. The decline extends the market’s losing streak into the new week. The S&P 500 declined 0.4% after recording its third consecutive week of losses last week. The Nasdaq plummeted 0.7%, while the Dow Jones Industrial Average dropped 173 points or 0.6%.

The decline in the market has seen it give up much of the gains earned in July and the early days of August. With the current outlook, it will likely continue in its downward trajectory. September has historically been a bad month for stocks. That, combined with soaring inflation and the Fed’s commitment to interest rate hikes, presents a recipe for further decline. This gives credence to BlackRock’s prediction that equities are yet to price in a recession.

Do you agree the stock market is yet to price in a recession? Let us know your thoughts in the comments below.