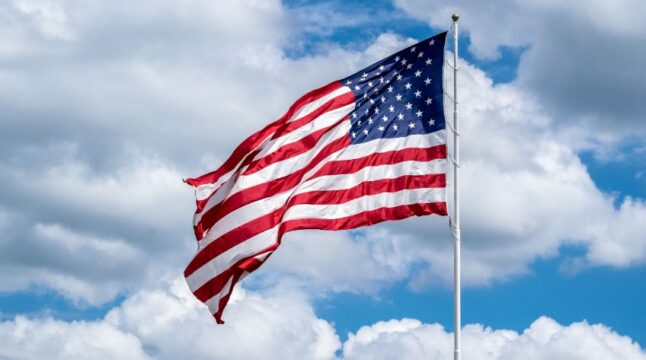 Labor Market Remains Tight But 74% of Americans Prepping for Recession

A new Bankrate poll shows that 7 in 10 Americans are worried about a possible recession before the end of 2022.

The Federal Reserve’s ongoing battle with record inflation through interest rate hikes has increased concerns over a possible recession in 2022. Previously, experts had warned about the growing likelihood of an economic downturn. However, new data shows that Americans increasingly worry that the economy could collapse as early as this year and that many are actively preparing for the worst-case scenario.

Nearly 70% Of Americans Worry About A Recession In 2022

According to a new Bankrate poll, almost two-thirds (69%) of Americans are concerned about a recession before the year’s end. A further 29% said they are highly concerned, and 40% revealed they are only slightly concerned.

Regarding their level of preparedness for an economic downturn, many respondents (41%) believe they would be unprepared to handle a downturn before the end of 2022. However, on the brighter side, 74% claim to be actively preparing for a downturn in the economy. Discussing the results, Bankrate senior economic analyst and Washington bureau chief Mark Hamrick said:

“While some Americans indicate they believe the economy is already in a recession, it is perhaps more important that so many are already taking actions based on their fears or beliefs that one is inevitable over the next year or so,”

Consequently, the findings are consistent with Department of Commerce data from July showing that the financial system shrunk for two consecutive quarters. Going by its technical definition, the US economy is in a Recession, but the White House has downplayed the claims.

Meanwhile, the healthiest job market in nearly fifty years has left Economists skeptical about whether the US economy is in a recession. Nonetheless, Americans continue to experience what seems like a recession amidst record inflation for over four decades.

The US Labor Department report released yesterday revealed that the US labor market is still incredibly tight. This is evidenced by the over 1 million more job openings in July, significantly higher than was anticipated. The data showed that the current job market was highly inflationary.

According to the Job Opening and Labor Turnover Survey (JOLTS), there were 11.24 million open positions for the month, far more than the 10.3 million FactSet projection. The number of available jobs was about 200,000 higher than the 11.04 million in June, revised upwards from 10.7 million.

The July data confirms a large labor shortage, with openings outnumbering available workers by just under 2-to-1. Consequently, companies are offering higher pay to recruit workers, which has an inflationary effect on the economy. Furthermore, hiring decreased throughout the month to 6.38 million, while the number of workers quitting dropped to 2.7%. A historically high percentage by all standards.

According to the Atlanta Fed, changing jobs has been profitable during the Covid era, with switchers experiencing an average 6.7% annual salary growth rate. This is significantly higher than the 4.9% rate of those who have stayed in their positions. The total separations rate declined marginally by 3.9% in July to 5.93 million, while layoffs and discharges saw little change.

The new JOLTS report has come three days before the highly anticipated August nonfarm payrolls release on Friday from the BLS. The Dow Jones projection of increase is 318,000, but as businesses continue to employ, the job posting data adds potential upside to that total.

The fears about impending inflation have increased as analysts predict it is seemingly inevitable. Yesterday, global investment bank USB raised its assessment of the US’ likelihood of experiencing a recession within a year to 60% from 40% in June.

UBS calculates the likelihood of a recession monthly using information from complex macroeconomics, the UST yield curve, and credit. According to analyst Pierre Lafourcade, the latest data indicates a 94% possibility of the economy declining. He said,

“The probability of being in a contractionary phase is historically very high–94% in July vs 35% in April–but in the current case, the US team’s modal forecast is that the contraction does not morph into a full-blown recession. The contributions of the components to the factor over the past few months are mixed in July, labor and housing data pulled the factor down, but industrial production and household spending actually held it up,”

Overall, the likelihood of the US economy entering a recession has increased even though it is already technically in one. However, it is remarkable that most Americans are tightening their belts and preparing for the difficult times envisaged.

Do you think the US economy will plunge into a recession before 2022 ends? Let us know your thoughts in the comments below.