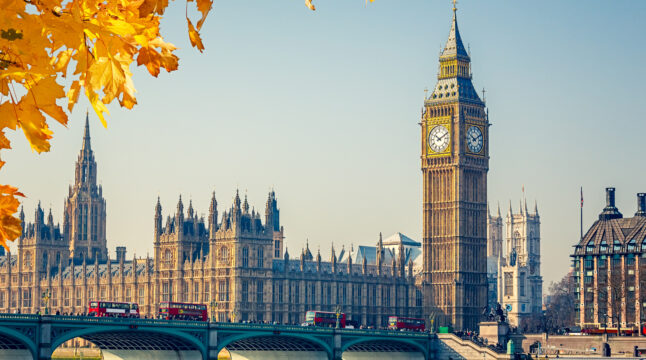 UK brings a new bill to Parliament aiming to “seize, freeze and recover cryptoassets” used by organized criminals to launder profits from fraud, drugs, and cybercrime.

The Government of the United Kingdom announced that a new bill got introduced to Parliament on Thursday, September 22nd. This is the biggest upgrade to the powers of the Companies House in 170 years and will help regulators seize, freeze and recover illicit crypto.

The Economic Crime and Corporate Transparency Bill had its first reading in the British Parliament today, September 22nd. This proposed law would vastly increase the authority of the UK’s Companies House when it comes to managing firms registered in England and Scotland and expand law enforcement’s ability to prevent crypto-related illicit activity.

The new law will make it easier and quicker for law enforcement agencies such as the National Crime Agency to seize, freeze and recover cryptoassets – the digital currency increasingly used by organised criminals to launder profits from fraud, drugs and cybercrime.

The use of this digital currency has significantly increased in recent years, with the Metropolitan Police reporting a big rise in cryptocurrency seizures last year. Strengthening powers in the Proceeds of Crime Act will modernise the legislation to ensure agencies can keep pace with the rapid technological change and prevent assets from funding further criminality.

This isn’t the first major effort to regulate digital assets more strictly coming out of the United Kingdom in 2022. Earlier this year, the country introduced a new law targeting stablecoins in the aftermath of UST’s collapse. Earlier this week, the US appeared to be taking a similar approach as it was announced that the House was working on a bill that could ban algorithmic stablecoins for up to two years.

The UK bill is also aimed at preventing the abuse of limited partnerships. It makes a special notice that the expansion of authority provided by the proposed law will also be in effect in Scotland. The bill had its first reading in the Parlament today. The next step toward signing it into law will come in the form of the second reading scheduled for October 13th.

UK Aims to Strengthen its Ability to Enforce Sanctions on Russia

Today’s announcement also made special mention of sanctions imposed on Russia over its invasion of Ukraine. Russian oligarchs have been using Great Britain as a refuge for themselves and their assets for decades. Furthermore, certain elements of the UK’s implementation of sanctions have been called absurd.

The bill aims to speed up the freezing and seizing of the assets of Russian billionaires. Britain is already actively pursuing such a policy. Notably, it froze the assets of numerous oligarchs— including Roman Abramovich, the former owner of Chelsea—as soon as the invasion started

The package of measures will build upon the earlier Economic Crime (Transparency and Enforcement) Act, brought in following Russia’s invasion of Ukraine. The act has made it much quicker to impose tough sanctions on Putin’s cronies – freezing their UK assets and cutting off funds to the Kremlin’s war machine – as well as establishing the recently launched Register of Overseas Entities to root out corrupt oligarchs attempting to hide ill-gotten gains through UK property.

Do you think this bill will meaningfully help prevent crypto-related crime in Britain? Let us know in the comments below.