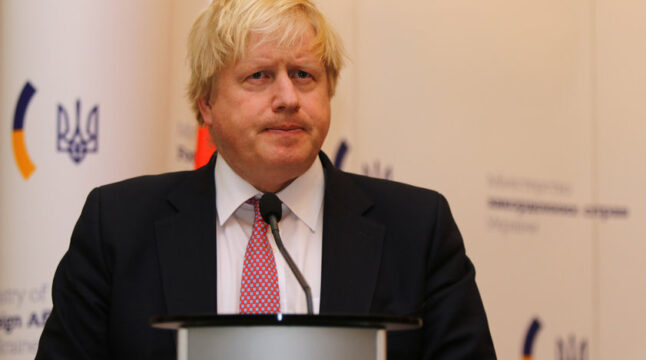 After announcing asset freezes on VTB Bank, the UK Treasury unit gave the bank's customers 30 days to wind down assets.

On February 24, in response to Russia’s invasion of Ukraine, UK Prime Minister Boris Johnson had announced a new round of sanctions. The sanctions included asset freezes on more than 100 Russian entities and individuals. However, one day later, the Treasury unit in England issued a 30-day license permitting the wind-down of transactions involving VTB Bank, one of the biggest sanctioned entities.

While Britain claims the wind-down is necessary to avoid legitimate Western account holders from being unfairly penalized, critics argue it opens an “absurd” loophole.

The UK Prime Minister announced last Thursday that VTB Bank, a Russian state-owned bank and the country’s largest investment bank, was the subject of a “full and immediate” asset freeze as part of Britain’s “largest and most severe” package of economic sanctions aimed at Russia.

However, the following day, the UK Office for Financial Sanctions Implementation issued a general license authorizing the wind-down of transactions involving VTB Bank and its UK subsidiaries. The License would permit any person (other than VTB) to wind down any transaction that involves VTB, including closing out any positions.

An official copy of the license detailed that it expires on March 27, 2022, saying:

Opposition politicians and some analysts have criticized the tone of the license, which ostensibly put no restrictions on individuals or entities who may have ties to the Russian state. Critics also asked the Treasury to explain how the one-month-long window only helps UK companies and not the supporters of the Putin regime.

For one, Bill Browder, an American-British financier and one of the leading campaigners against corruption in Russia and the Putin regime, has said that a 30-day wind-down might make sanctions fruitless. He said:

“This is a ridiculous position for Britain to put itself in. An asset freeze needs to be immediate and total. If you are leaving those subject to it a month for the sanction to become active then anything you want to freeze will be long gone. It is absurd.”

Notably, the US also issued several general licenses in connection with its “unprecedented and expansive sanctions against Russia.” In the statement, the US Treasury justified the necessity for publishing such licenses, saying:

“To ensure that these sanctions and prohibitions have an impact on the intended targets and to minimize unintended consequences on third parties, OFAC has also issued several general licenses in connection with these actions.”

Another criticism has been toward the fact that the UK did not initially unveil the list of sanctioned individuals. Pointing this out, Liberal Democrat foreign affairs spokesperson Layla Moran said:

“As long as the Government keeps us in the dark about who it has and hasn’t sanctioned, we’ll never know whether Putin’s cronies were able to take advantage of this 30-day period. That’s why the Government should immediately publish these names and open them to scrutiny.”

Though it is worth noting that the UK released the “list of persons named in relation to financial and investment restrictions” on Tuesday. Still, a spokesman for the Professional Union of Belarusians in Britain (PUBB), a London-based club of Belarusian professionals, argued the sanctions “lack both determination and consistency.”

Do you think Western countries need to impose harsher economic measures on Russia? Let us know in the comments below.